Restaurateur Katy Noochlaor and her sister Chef Amanda Kuntee come from a historic culinary family. Their parents (Chef Boon and Supa Kuntee) founded Chao Krung in 1969, marking it as one of the oldest Thai restaurants in Los Angeles. It moved to its current location in 1976 and is still going strong. 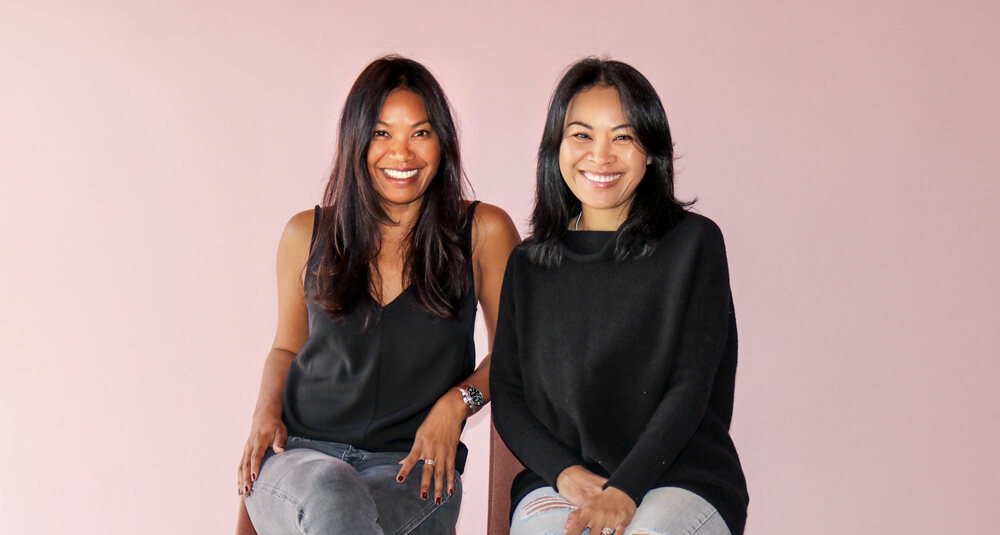 Growing up, Katy and Amanda worked in the kitchen with their parents, learned the trade, and eventually took over the well known restaurant, in addition to starting their own ventures. Katy also co-owns Same Same Thai in Silverlake, and the sisters collaborated on a new menu for Tuk Tuk Thai, when it relocated to Sawtelle.

Tuk Tuk Thai was founded some twenty + years ago on Pico Blvd. In early 2022, the restaurant moved to the Northern side of Sawtelle in West LA, a dining hub for many Asian restaurants. Tuk Tuk is the first Thai restaurant to join the famed street. 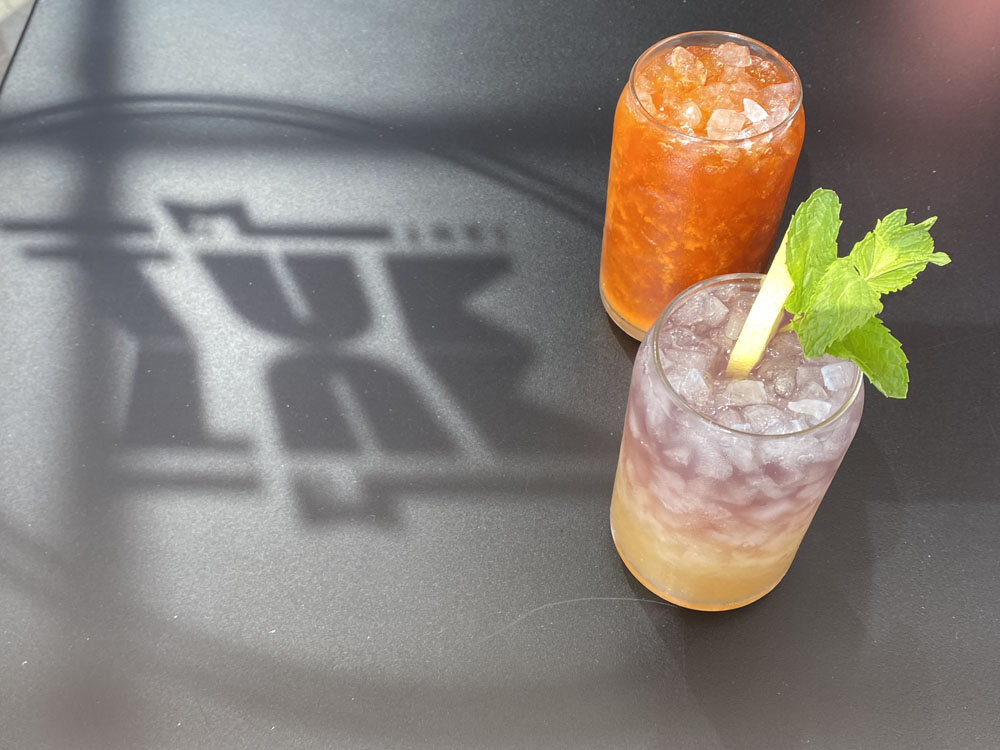 Excited to feed my love of Thai food, I headed to Tuk Tuk’s new location on Sawtelle, which offers a charming outdoor area and an intimate indoor space with a Thai inspired mural.

Then came the Tom Sab Beef Shank soup (Braised beef shank, lemongrass broth with tamarind juice, dried chilies, roasted rice powder, red onions, mushrooms, and cilantro), which was layered with flavors. The fragrance alone made me fall in love with it. The amount of beef in the soup was more than generous, and it soaked up the lavish mingling of seasonings. The lemongrass and cilantro was soothing, while the dried chilis provided a jolt of spice, creating a complex flavor bomb. The medium spice I requested was a bit much for my photographer, but it was perfect for me. 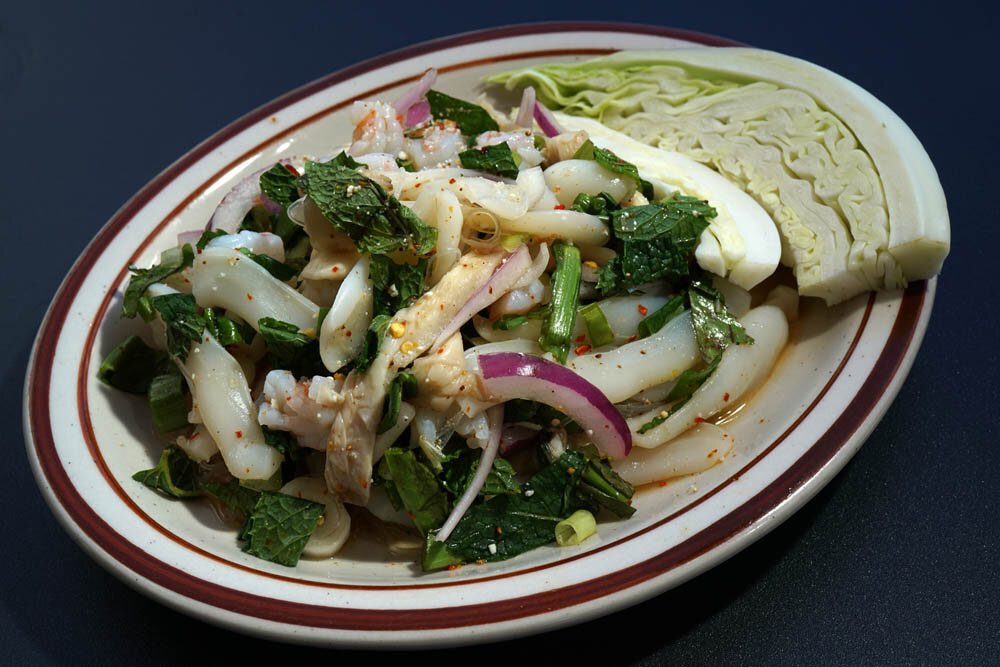 Next the Tuk Tuk Larb Woon Sen (Tuk Tuk style glass noodle salad, squid, shrimp, mushroom, chilies, Thai herbs, a squeeze of lime and dusted with toasted rice powder) threw a party in my mouth. My tastebuds were alive with excitement. The spicy thin noodles were found underneath a mound of shrimp and squid. This too had an intense layering of spices with mint taking center stage – so good. 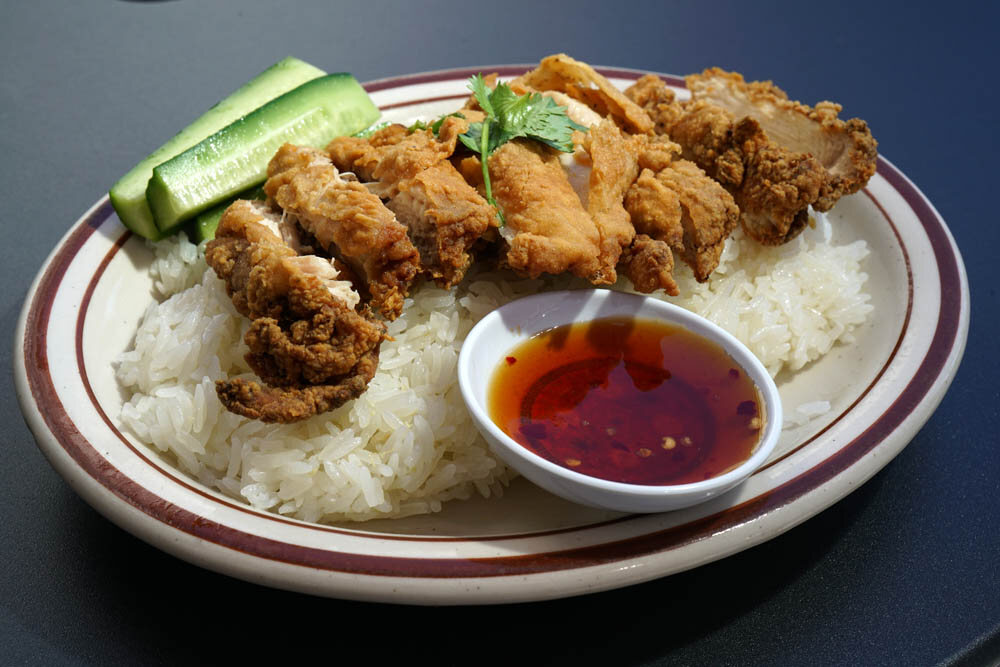 I nearly had to fight my photographer for a couple of bites of the Hainanese Fried Chicken Rice (crispy Thai style fried chicken with garlic rice, cilantro, cucumber and sweet chili dipping sauce). The savory batter had an overall crunch with small puffs of airy spiced deliciousness. The garlic rice was subtle, less intense that one would expect, but a perfect companion to the fried chicken. 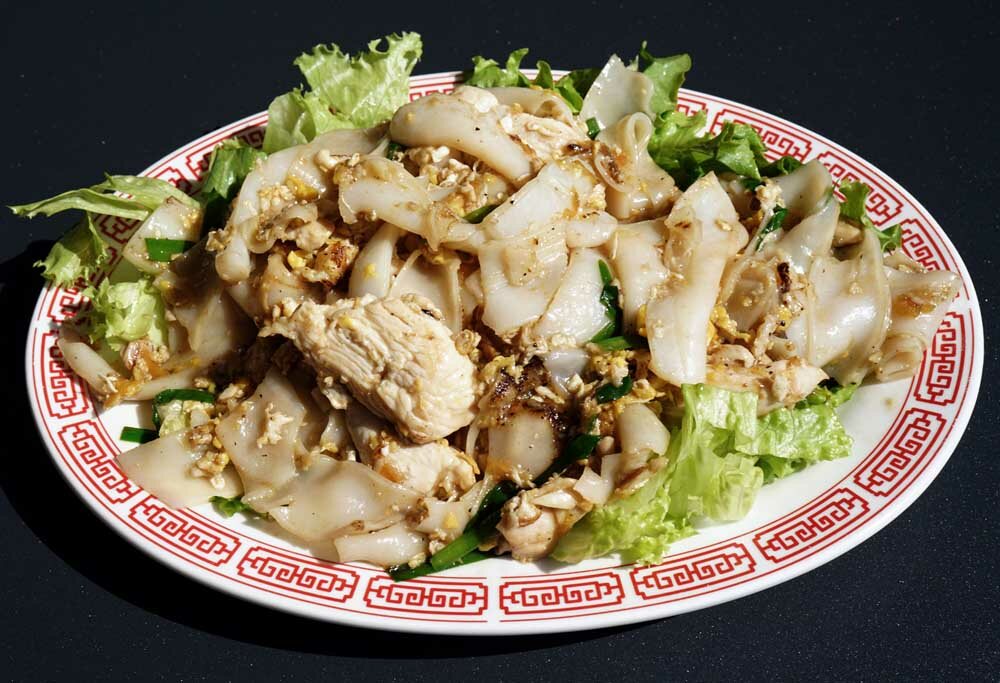 Khua Gai (flat rice noodles wok-fried, smoked with egg, chicken, squid, and scallions, over a bed of leafy greens) was next, and it also impressed me. The tasty chew of those fat yummy noodles enmeshed with the tender egg, along with the flavorsome chicken and squid was a blissful marriage of ingredients.

By this point we could barely fit any more food in our bellies, but we had to try the Mango Sticky Rice and a bit of Tapioca Pudding. Both brought a delicate yet refreshing end to our scrumptious and spicy meal. 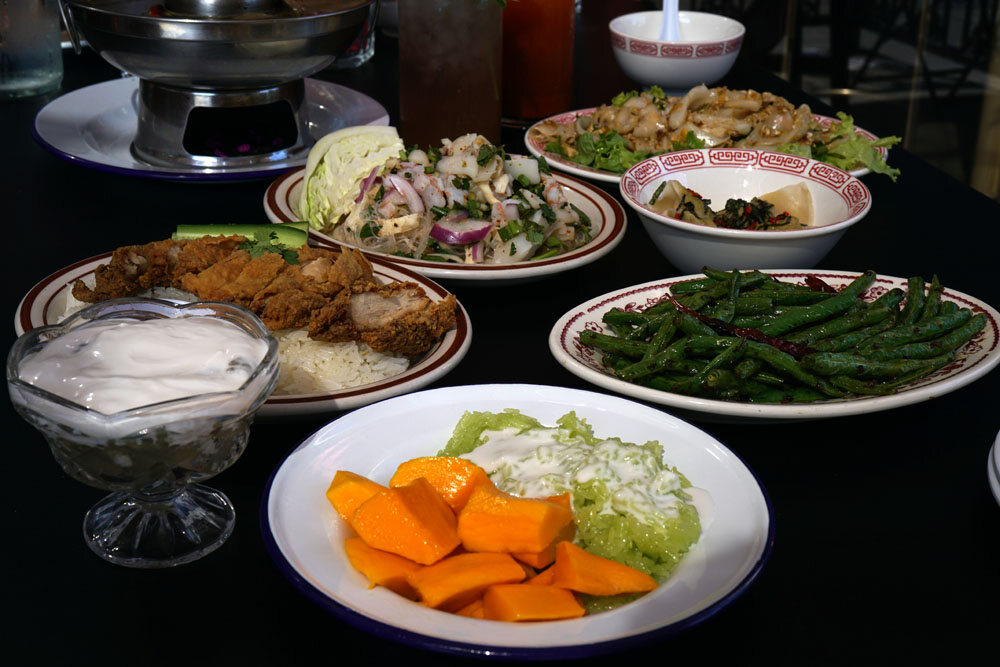 Remember to tell your server how hot you would like your food. I went for medium, much to the chagrin of my photographer. We both left happy…but he was panting. Visit the website for more info – https://www.tuktukthailosangeles.com