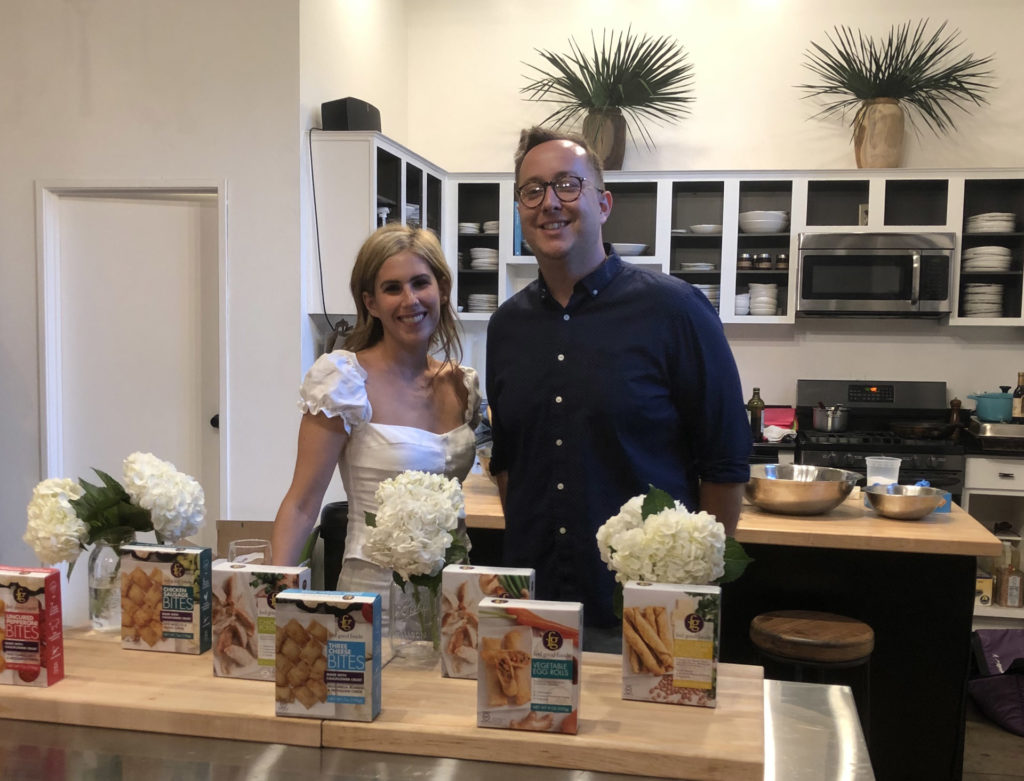 Feel Good Foods founder Vanessa Phillips grew up in the restaurant business in New York City. Her father was a ‘serial restaurateur,’ a business man who opened over twenty restaurants ranging from a bagel store to a Chinese restaurant. He was known as the ‘Bagel King’ due to owning the Pick a Bagel chain of popular eateries. Unfortunately, Phillips could not indulge in his tasty bagels that all of New York City adored, as she was diagnosed with celiac disease. Although her family was in the food business, they were not chefs. This is what inspired her to start cooking. She was the go-to cook in the family, creating tantalizing dinners for the holidays. What started out as a form of survival, due to all her food restrictions, soon became a passion and finally a thriving business.

Phillips had no idea what she was getting into when she shipped off her gluten-free dumplings on a whim to a Whole Foods headquarters in 2013. A friend helped her create a mock up package, using a simple plastic baggie. She knew her dumplings were tasty, after all she had been perfecting the recipe in her Brooklyn kitchen for years, but she had little time to prepare herself for what would come.

She received an email accepting her product to be place in twenty-seven Whole Food Stores. Her business had begun. Co-owner and chef Tryg Siverson helped to create many of the recipes with more on the way.

Q: How did you get into cooking?
A: I’ve been cooking my whole life, but I am self-taught. I never had classical training. I took cooking classes, read cookbooks and food magazines. Ultimately, when I got older, I met Tryg and he was a chef who taught me a lot.

Q: It’s amazing that you were able to place your product in Whole Foods early on…did your journey continue with ease?
A: No, I think that the landscape has changed and gotten harder over the years. It’s gotten more competitive. Whole Foods was easier to break into and now it’s gotten so much bigger and there are a lot more rules.

Q: What are some of the hurdles that you had to jump over to have your Feel Good Foods product more accessible to the public?
A: There is not a single day that I don’t have a hurdle… they come every day. Fighting for distribution is definitely a big hurdle for us. Distribution is really competitive and shelf space is limited. Having a stand-out product isn’t enough and it’s an ongoing struggle to get retailers on board. It’s typically up to one person to make a decision and you have to hope that that one person believes in either you or the product and if they don’t, you have to wait another year for a second chance. It’s hard because you want your story to be told. But the main thing is, once Feel Good Foods is on the shelf, people buy it and the sell through is fantastic. 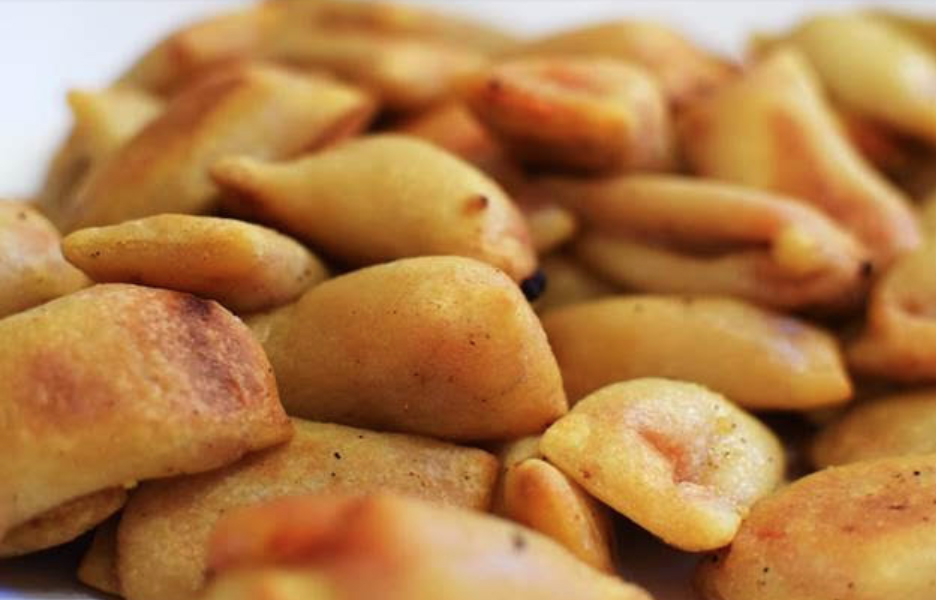 Q: There are five types of appetizers right? How many varieties are there of each?
A: Yes, there are 3 different flavors of each appetizer. Which makes for 15 SKUs total. Stock Keeping Unit is a term used by retailers.

Q: Are they all out on the market?
A: Yes, different selections of SKUs are available in various retailers including Whole Foods, Target, Costco, Safeway/Albertsons, HEB, etc.

Q: Which are the most popular?
A: Potstickers and Egg Rolls because they’ve been around the longest.

Q: Which ones are your favorite?
A: Chicken potstickers. They’re my ultimate comfort food. You can find me in the kitchen of our BK office making them every once in a while…haha!

Q: Do you plan on launching new items in the coming months or next year?
A: Yes, we are launching 5 new skus by the end of the year.

Q: I love that you use healthy ingredients…do you find that you have to target a specific sector of the market willing to pay that price point?
A: Our foods are definitely premium priced. We work hard to keep FGF accessible and affordable. We try to compress margins wherever we can and we get cost breaks with scale. But the quality of the ingredients do make it more premium priced compared to some of our conventional competitors that aren’t using ingredients that are as high quality. 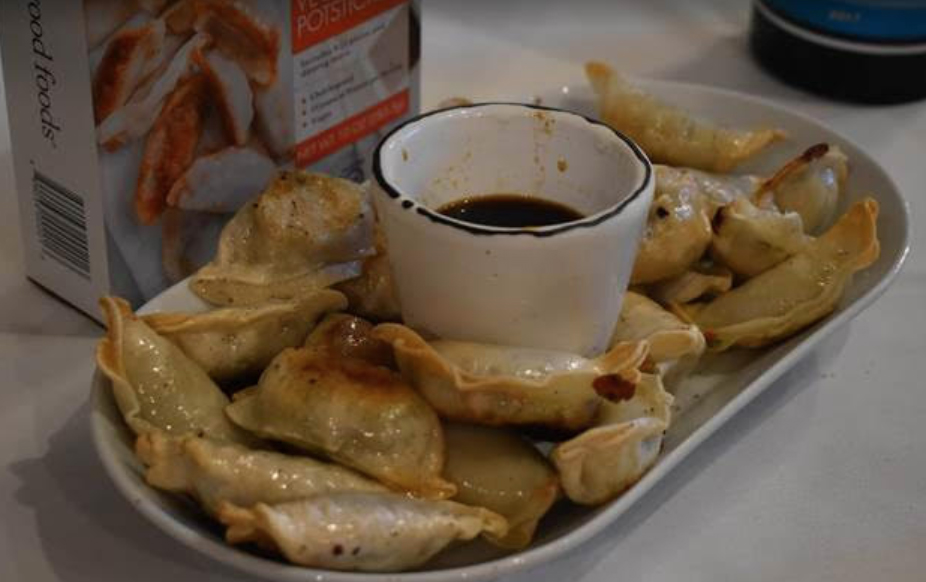 Q: Were you always a foodie?
A: My parents said that when I was born, I was different than the rest of my family. I had a friend when I was young and her family owned successful restaurants in NY and I was enamored by her family’s restaurants. I would eat there and talk to her family all the time. They were super influential. They were European and had sophisticated pallets…showing me the foods and flavors that I wasn’t eating at home.

Q: Is that what inspired you to cook?
A: Big holidays and family dinners were always prepared by me. I would recreate foods that were on menus of the restaurants that I worked at. It was a passion before it became a talent and eventually a career.

Q: Did you travel with your family?
A: I went to an international high school and most of my friends growing up were not American. I had the fortune of being able to travel a lot and visit their families throughout my entire life. I still try my best even though my career doesn’t give me a ton of time off. I love traveling.

Q: Were you open to trying new foods as a child? and now as an adult?
A: Yes, I was always a very exploratory with foods and willing to try anything. My parents said that when I was born I was an incredibly adventurous eater. I have a brother who is a year older than me and my parents always said that raising us with food was interesting because he wanted bagels and at 3 years old I was requesting soft shell crab and caviar.

Q: And did the food of the places you visited inspire you? if so which country stands out the most?
A: Thailand. Hands down. It was less about the specific dishes and more about the flavors and ingredients. I love Asian food and it was my first time visiting Asia. I was inspired by everything that I ate. I am always dreaming about when I’ll have the privilege to go back.

Find out more about Feel Good Foods on the website – https://feel-good-foods.com/ 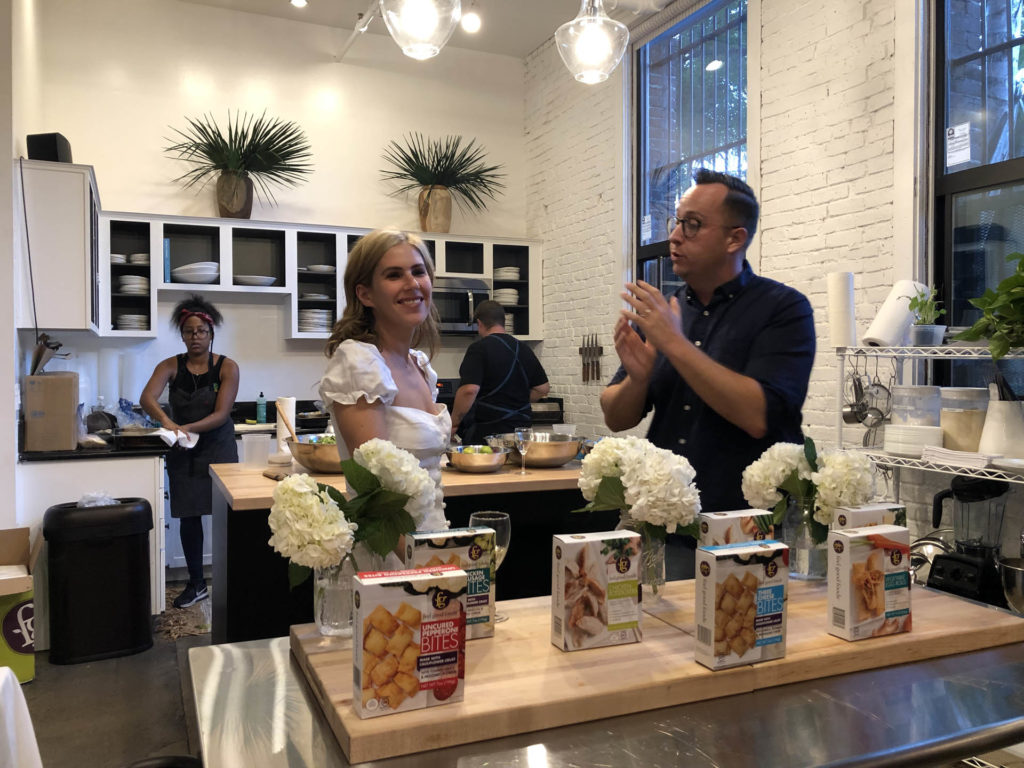