Tim Truby is an artist who consistently redefines the boundaries of landscape photography. He recently spent a month shooting the remote Faroe Islands and high in the Italian Alps. Truby shares his experience, detailing how he continues to inspire his audience.

KL: So you just got back from a photo trip to Europe?
TT: Yes, I did 2 weeks shooting the iconic spots in Italy’s Dolomites. But I started by shooting the Faroe Islands, which is kind of like Iceland on steroids. 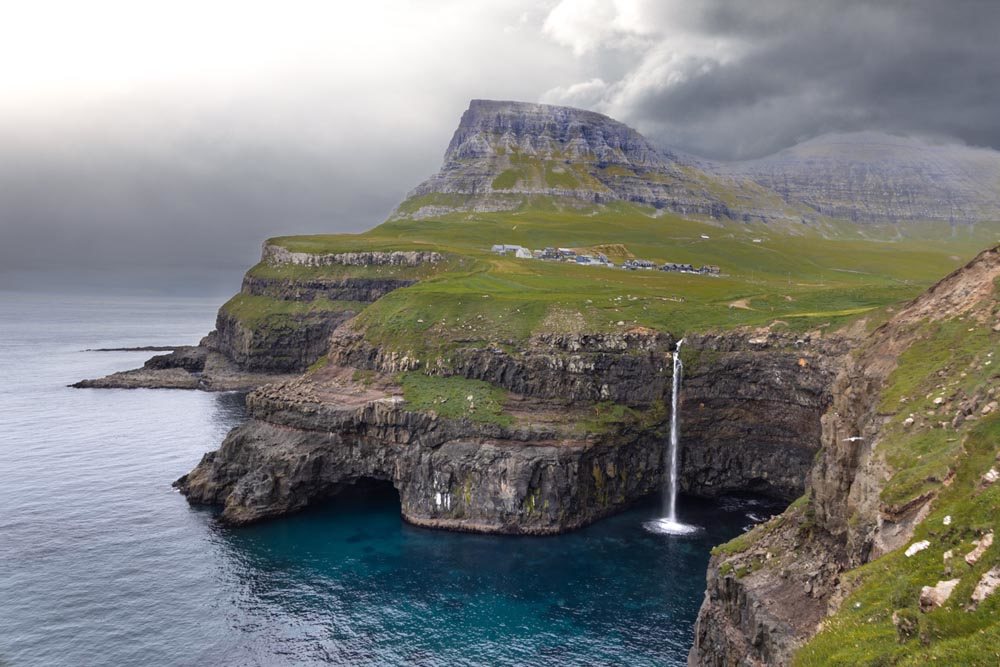 The Waterfall at Gasadalur, Faroe Islands

KL: What a remote spot. I guess the more far away places intrigue you.
TT: Yeah, I get pulled in by the truly iconic landscapes. There’s something magical about something like a waterfall out there in the North Atlantic. And that’s what I want to evoke in my images. But visiting cool shot locations is just the first step. I treat each location like a puzzle that needs to be solved – looking for the best light, figuring out the right composition, palette, even in post production.  Because to evoke an imaginative response, you need the viewer to enter into that other reality, to spent time in the art work.

KL: It’s intriguing to see these two photographs almost side by side. Such different images, one done a week or two after the other.
TT: That’s right. Totally different geology, light, color palette, culture. And each spot has to be listened to in its own way. That’s the challenge – you’ve never been to this place before yet you’re creating an art work that must capture its essence. That’s kinda cool.

KL: But there’s also something that connects them, a distinct photographic style.
TT: Yes. A focus on visual depth, composition, texture that people either see or don’t. When I did the show at bG Gallery in Bergamot Station, Om Bleicher said my images had “… an Impressionist’s  touch to color and light.” Which pleased me to no end — because the 19th Century European landscape painters and their plein air techniques are a huge influence. 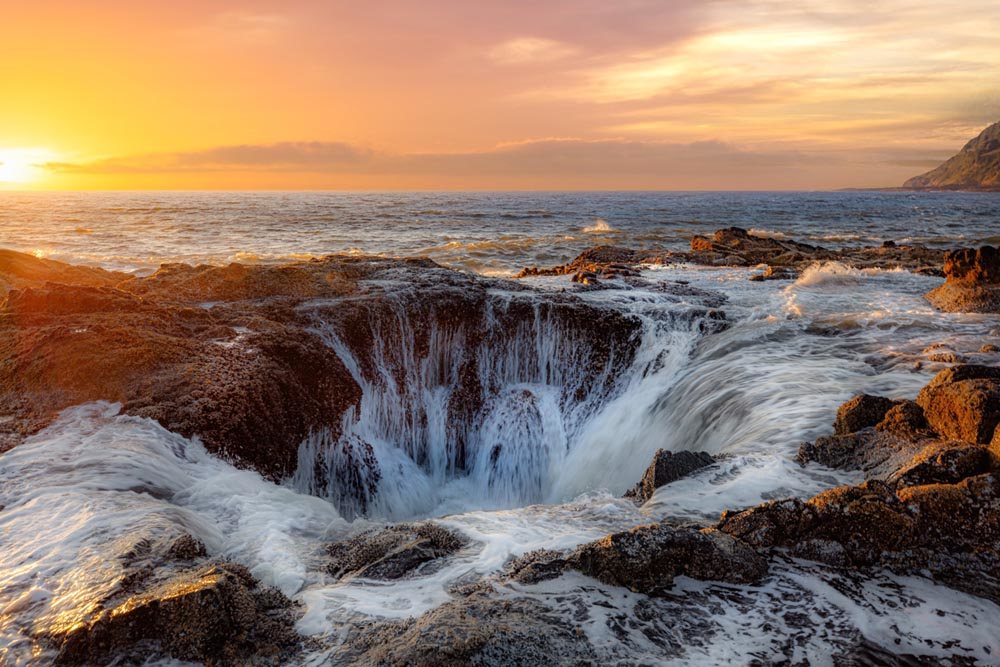 TT: My use of color here in the Thor’s Well image is generous, like in Monet’s haystack studies. That may be why Om put the image into a show focused on the artful use of color. You can also see a post approach that evokes warm sunset, the rush of the tide down that lava tube and a visual depth (none of which will be noticed in the camera’s jpg file).

KL: No, these images don’t have any of the camera’s flatness.
TT: You’re right. The image looks more like how our eyes see – and helps lead the viewer into the frame, into that singular moment. I want my viewer to feel like they’re at the edge of the maelstrom that is Thor’s Well or walking down into a gentle alpine valley on an adventure. The Cinque Torri image (below) also makes use of the human element. I was up at the refugio there after lunch and I saw these stalwart hikers heading off, losing themselves in the mountains. The look I’m going for here is the Dolomites you see in 19th Century paintings – a mixed genre version of a high res photograph and the textures of a painter. 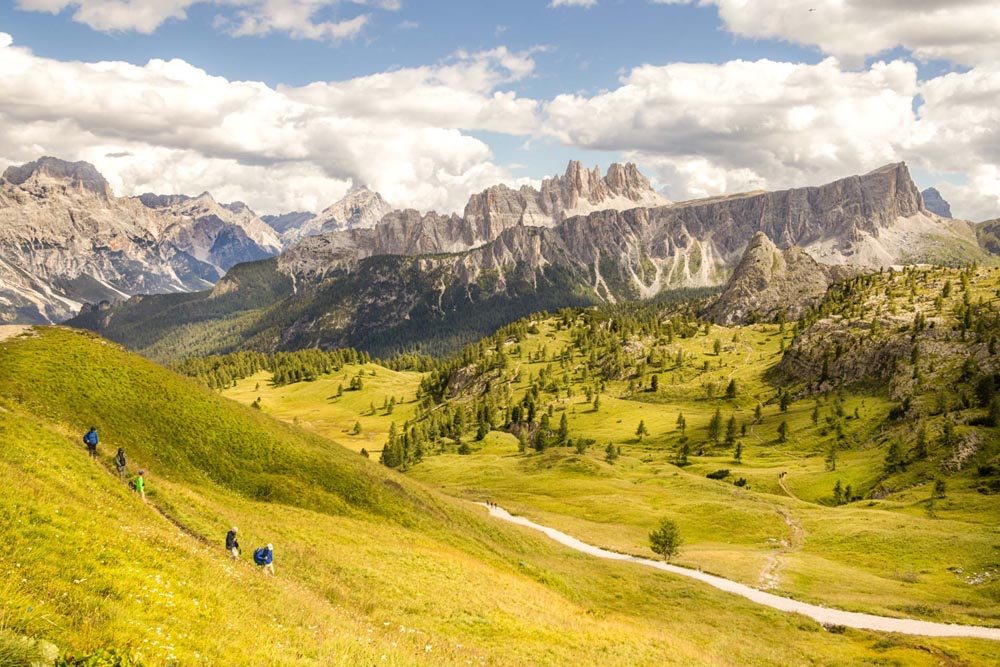 KL: And when you do one of these long photo shoots, what’s the approach?
TT: I have a bucket list of places in America and the world I want to shoot. I think about the logistics of each spot, the creative possibilities, the potential hassles (Covid testing, masks, missed flights). A long photo shoot isn’t the invasion at Normandy but there’s lots of moving parts and it’s just me making it happen. The Dolomites were fairly easy to research, painters and adventure travelers have gone there since the 1850s. They have ski lifts everywhere, mapped hiking spots everywhere. But you don’t know what the light or physical layout will be like till you’re there. The tiny Faroe Islands offer lots of world class locations – like the Klakkur Overlook (below). But travel guides don’t usually mention iconic photo locations. Even Google Maps is hit and miss in a place like Faroe. To find Klakkur, I drove over (and under) three Faroe islands to get to Klaksvik. But there didn’t seem to be a road up. I ended up talking to a millennial at the sports store. He wanted to know about the Lakers, I wanted travel directions. Given how little I follow the Lakers, I got the best of the deal. Hardly anyone was up at Klakkur that morning, getting blown around by the wind. I took it in for a while, did several variations. I did the rest in Lightroom and Photoshop. 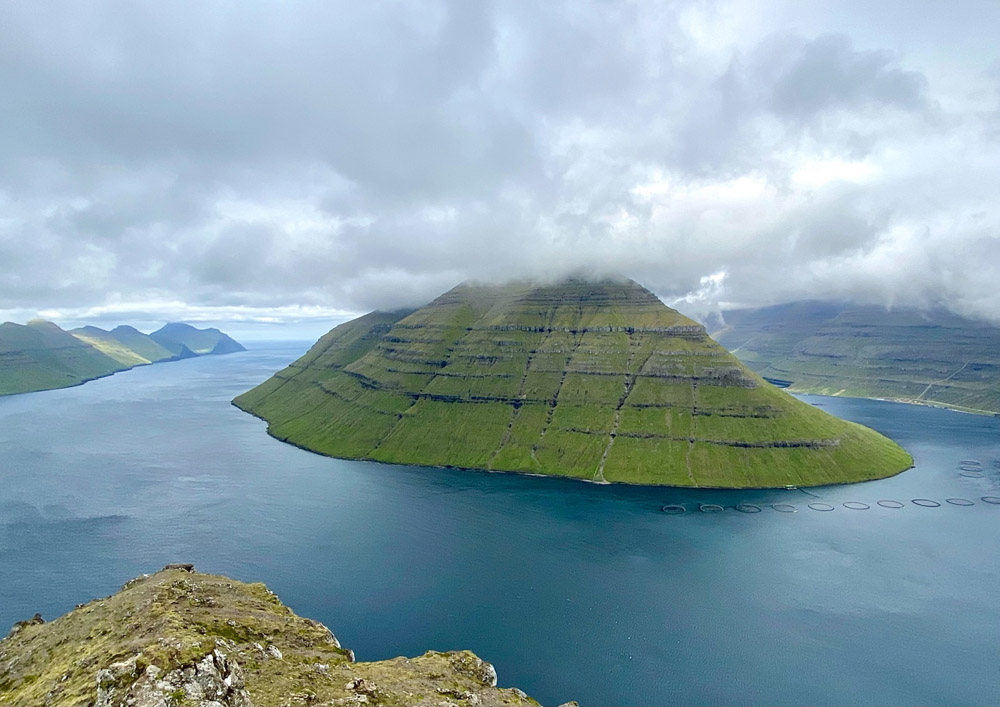 KL: Do you usually do these places back to back?
TT: I try not to, the location scouting takes time, plus travel issues are complicated. I usually avoid shooting in summer what with the crowds. But I knew Covid would keep the tourist numbers down. And August gave me the best chance for good light.

KL: And what attracted you to the Dolomites?
TT: Well Italy is a long-time favorite, but I’d never been to the Dolomites. And to me, the Dolomites and Switzerland offer unrivaled landscape photography choices: raw-edged mountains, Tyrolian meadows. Plus the Dolomites have this intriguing mix of Italian and Austrian influences. Where else can you eat at a refugio on the mountain and order prosciutto pizza with apple strudel? 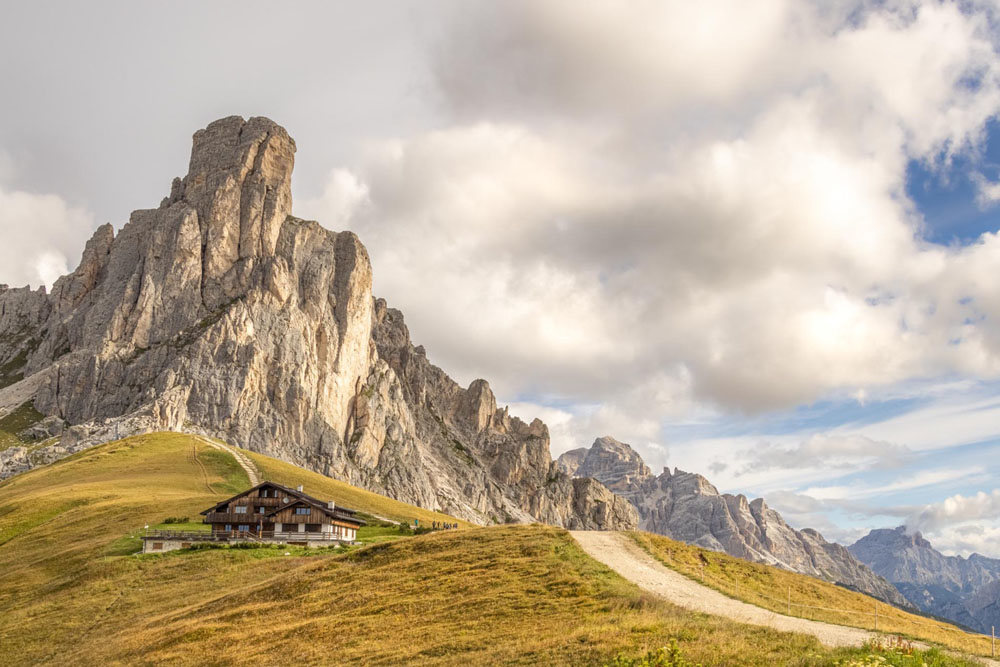 KL: So, you’re a landscape photo artist – who’s MFA was in Theater.
TT: Yes, my focus was theater directing with acting a major focus. And I spent years directing, acting and teaching theater on the East Coast, Midwest and eventually LA.

KL: Did that MFA training influence your landscape photography?
TT: In a roundabout way. I’ve always done travel photography for years, my father was in the Army and we traveled all the time. And I got my first SLR camera right after college. But I hadn’t learned all the complicated stuff, F-stop, shutter speed, Photoshop, etc. Afraid of the learning curve. Then after I moved to the South Bay in 1999, I started to notice the photo scene, the classes and community. Once I shifted gears to photography, I started looking at it as artist would. My photos had no magic because I had no technique, no skills. With theater, there’s a history of technique and artistry that goes back for centuries. Some of those skills (lighting, composition, design) carried over to photography. But it took several years to get my photographic skills: technical, artistic, post production, to the capture mood and feeling in visual terms. 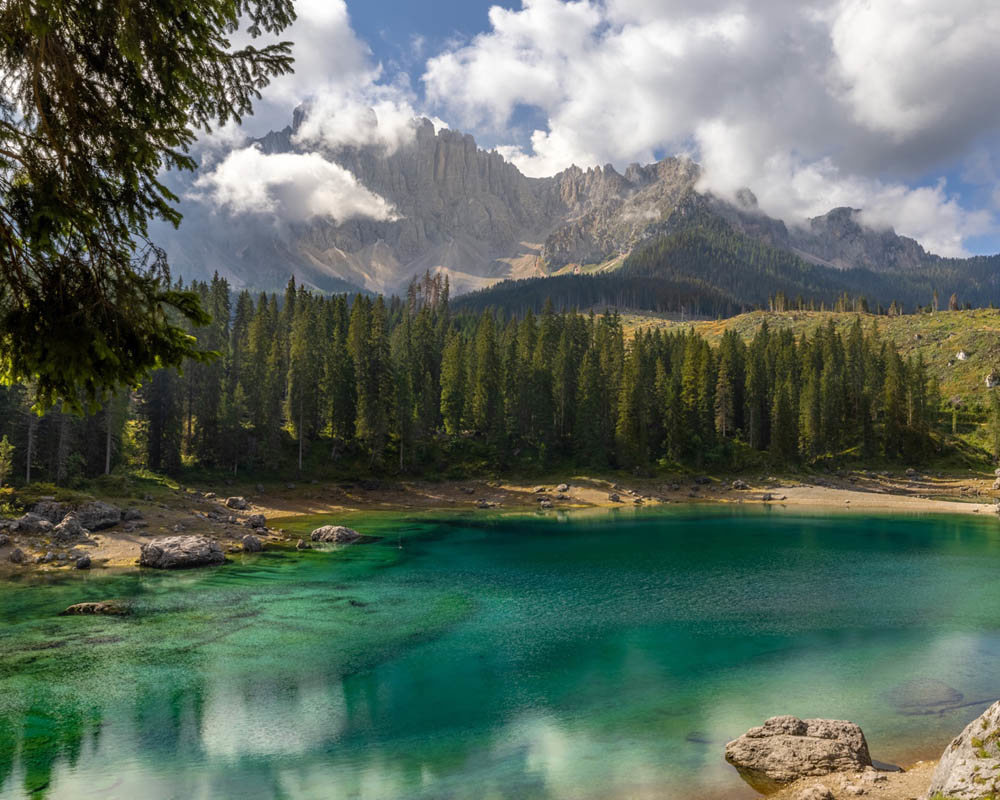 TT: On my final day in the Dolomites, before heading to the airport, I made one final stop, at Lago di Carezza. Composition was easy, capture a mountain and its reflection in a sapphire-blue lake. … Of course, it took a couple hours for the peaks to appear. But that’s just part of the backstory. To wait for the moment, work the location, find the perfect balance of visual element. … Then to take what the camera gives you and push the boundaries further. Because no machine can understand the stillness of the lake or the caress of a warm sun on those peaks. You need the artist’s touch. So the ultimate skill I learned was to go beyond the text, to treat a script (a camera file) like a blueprint. With each new location, I have to find how that moment touched me – and use the tools at my disposal to create a visual poem.

CLICK HERE to read more about Tim Truby on our sister site LAArtParty.com; Or CLICK HERE or visit ETG’s Arts Page (part of the Stories Section, under Hot Shots drop-down) to view another breathtaking photo from the artist. For more info about Tim Truby, see his website – https://www.tim-truby-photography.com