Kathmandu is the capital city of Nepal and has a rich history. One can visit ancient Buddhist/Hindu religious sites, and revel in the Newari architecture. The Boudha Stupa is a UNESCO World Heritage site and probably the most recognizable tourist attraction in Kathmandu. 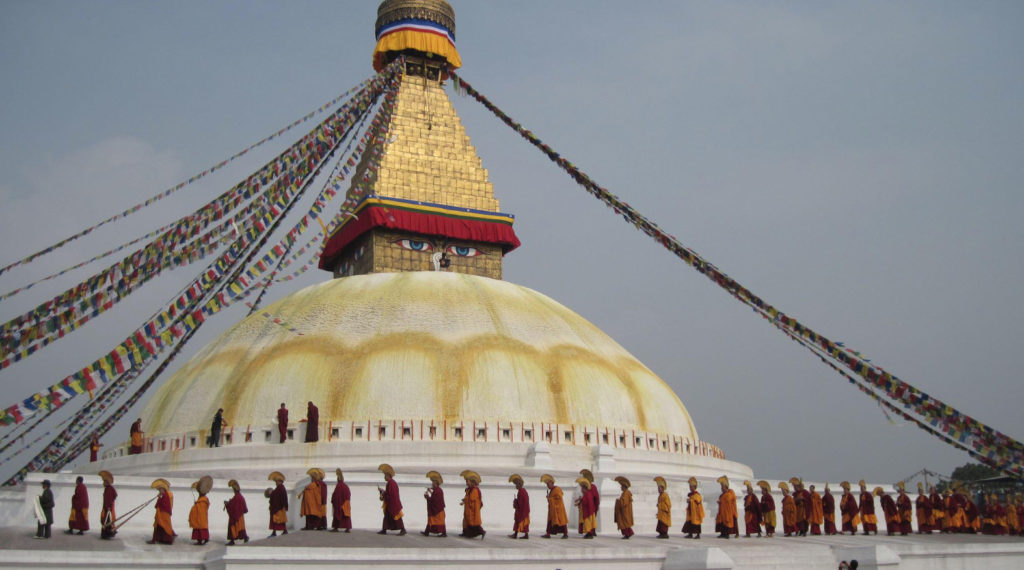 Michelle Page is a frequent traveler to Nepal due to her business Danger Dogs of Nepal. “While in Kathmandu, I stay in the Boudha area, a Buddhist enclave that includes the famous Boudha Stupa,” said Page. “It is a hive of activity especially the hours around dawn and dusk when locals circumnavigate the Stupa.” Read my interview with Michelle Page on the Art/Photography drop-down in ETG’s Stories Section.

Kathmandu offers many festivals such as the grand Tihar festival. The city lights up at night and each day of the five-day festival celebrates a different animal. Day two is dubbed Kukur Tihar (Day of the Dog). Michelle usually attends the annual festival, and said it’s one of her favorites…“the dogs are feted with garlands and treats.” 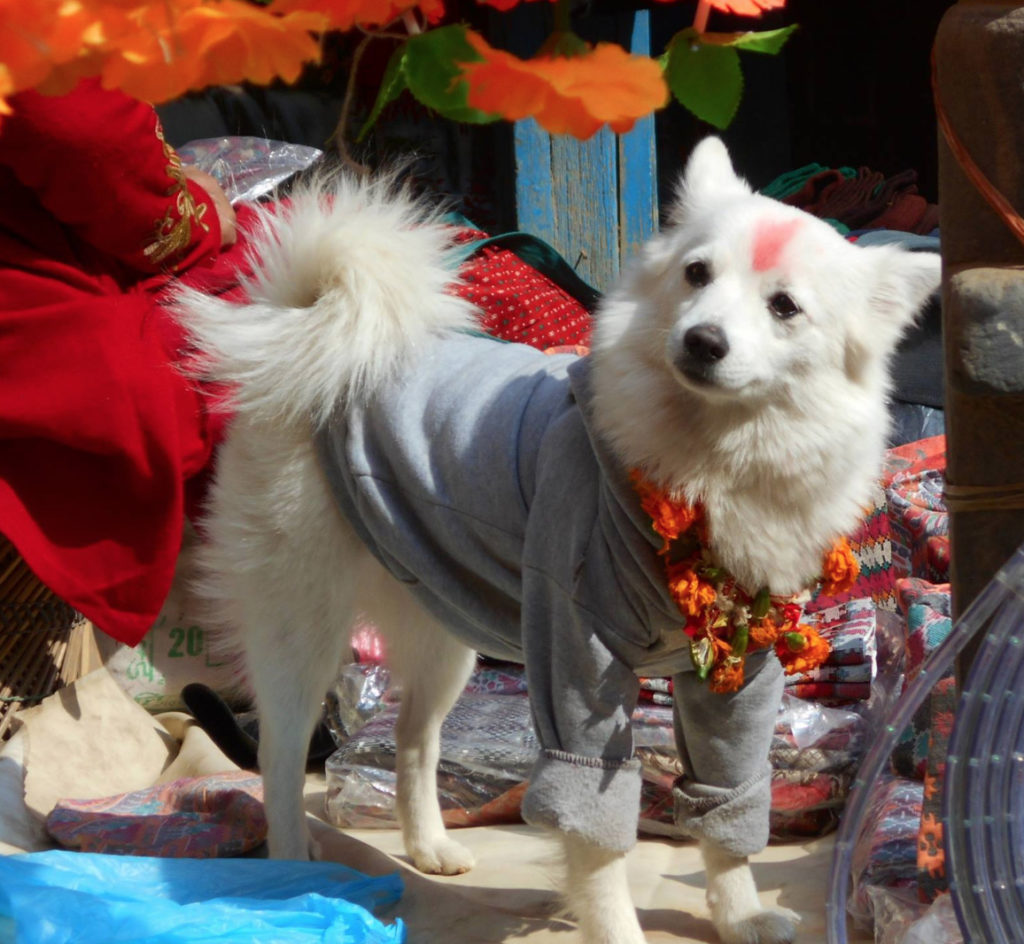 A pup celebrates Kukur Tihar/Day of the Dog; photo by Michelle Page; courtesy of ETG

While you are there, be sure to stop into the Rani Pokhari Temple, which is only open on the fifth day of Tihar Festival.

Another place to visit….The Garden of Dreams (Garden of Six Seasons), was created in 1920 in Kaiser Mahal Kathmandu. The expansive garden (over 74,000 square feet) features ponds, pavilions, balustrades, an amphitheater and more. The six pavilions represent the six seasons of Nepal. ETG Fun Fact: Nepal has two additional seasons – Rainy Season and Pre-winter Season. The garden is located across the street from former Royal Palace at the entrance to the Thamel tourist area. Be sure to take some time to walk around Thamel’s narrow streets or catch a rickshaw.

Kathmandu Durbar Square (Basantapur Darbar Kshetra) is the main hub of the city and home to many beautiful ancient buildings including temples/stupas. Situated in front of the former royal palace, it was built between the twelfth and eighteenth centuries by the Malla dynasty celebrating Newari architecture.

It is one of the three Durbar Squares in Kathmandu Valley. The others include Bhaktapur Durbar Square and Patan Durbar Square…all are UNESCO World Heritage Sites. Several of the buildings in Dubar Square collapsed, and others were damaged in the April 2015 earthquake. Repairs are still being made at the time of publishing (2019).

You won’t want to miss exploring the Pashupatinath Temple, a well-known sacred Hindu temple complex, situated in the Eastern part of the Kathmandu valley, on the banks of the Bagmati River. This is also a UNESCO World Heritage site.

These are just a few recommendations. Find out more about the history and ancient sites to visit in Nepal on the tourism website – https://www.welcomenepal.com/