Review: Melissa Etheridge at the Ford

The Ford is an intimate sibling of the Hollywood Bowl … run by the LA Phil since Nov of 2019. Every seat in the venue offers a great view of the stage. This was a perfect place to see Melissa Etheridge as part of her One Way Out Tour. With no opening act, she burst onto the stage with her first song “No Souvenirs” from her second album “Brave & Crazy.” The first line from the lyrics…Hello, hello this is Romeo was a perfect start to a mesmerizing concert. The audience rose to their feet and stayed there until the end of her second song, “If I Wanted To.” 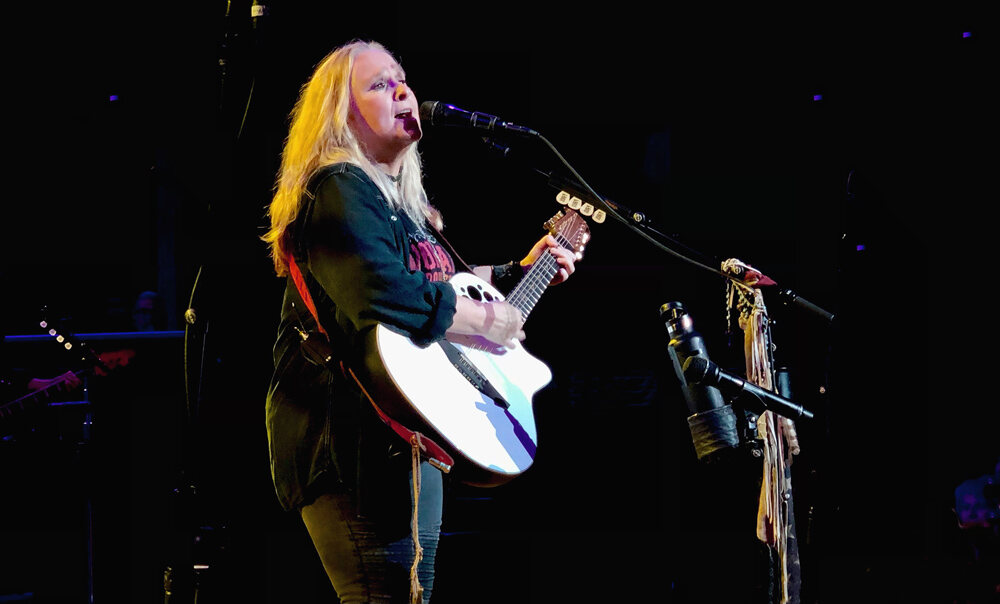 Her third song “Dance Without Sleeping” was quite emotional offering these intense words – “Walking on the edge of rage and understanding, between the black and the white.” She stopped playing at one point to sing these powerful lyrics – then took a glorious long guitar solo. My husband was blown away by her guitar playing.

Etheridge was quite frank with her patter in-between songs. She talked about living on Mansfield in Hollywood. She painted a picture of her life… alone in her Spanish-style apartment writing songs – it was late September and she was hot. Then she broke into “Late September Dogs.” The lighting added to the ambiance, projecting psychedelic circles and other striking patterns on the walls surrounding the stage.

Etheridge recounted her life story with each song, explaining once again this next song was written because she made a poor choice. The she chuckled and said “But Poor choices make great songs.” We all laughed in agreement.

Her next song “I want to Come Over” was poignant and compelling, and the crowd chimed in – the song is universal. So many of us have experienced the results of our own bad choices.

It was time for some Memphis Blues, Her rendition of “Born Under a Bad Sign,” by Albert King was off the charts. Her guitar solo was impeccable, while she wailed her way through the bluesy song. 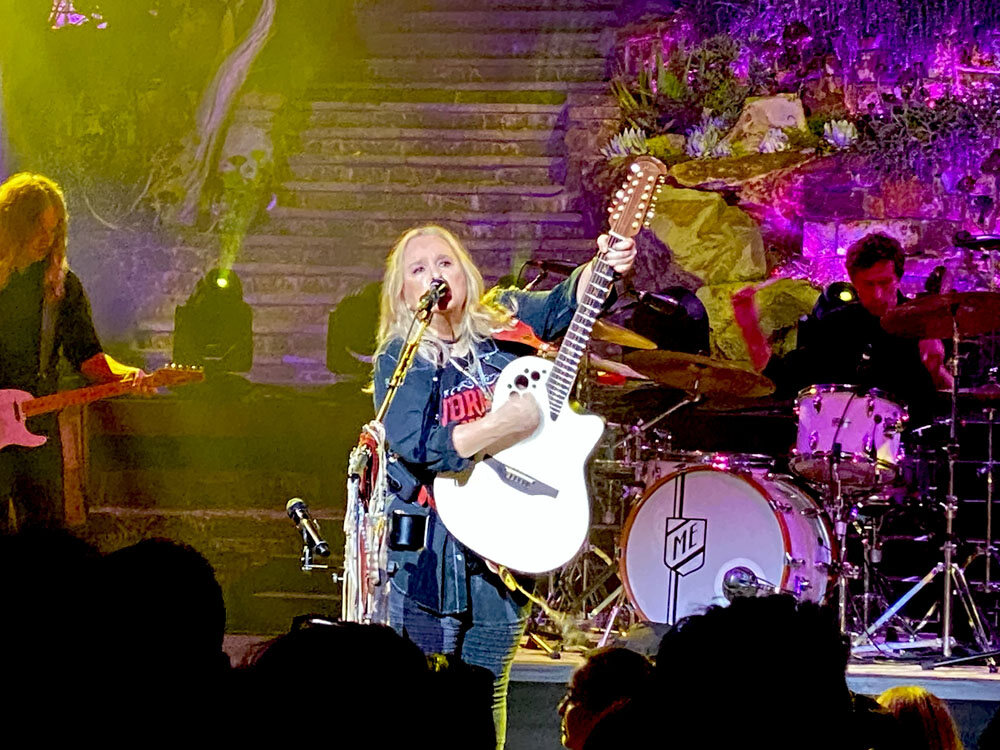 The crowd descended on the stage with the first notes of “Come to My Window,” and stayed through the end of the show. Etheridge got the crowd to sing on “Bring me Some Water,” creating a call and response scenario with the entire audience on its feet.

“I’m the Only One” was an exceptional closing song – elevating the already high energy show to its peak, while the audience continued to dance and sing every lyric.

The encore was equally brilliant. The singer worked the dynamics of the song, held her incredibly long notes and paused, flirting with the audience. She kept us waiting with bated breath. Then when we thought the song was coming to a close, she returned to the song’s chorus as the crowd cheered. At one point she joined the drummer and they had a drum-off. The band was phenomenal throughout the evening.

Melissa Etheridge is the ultimate live performer…don’t miss it when she is performing in a city near you. Find out more about the singer on her website – https://melissaetheridge.com

For more info on the Ford Theatre in LA, visit its website – https://www.theford.com