Paris is one of my favorite places to shop. This city is touted to be THE place where fashion began. Galeries Lafayette was one of its earliest boutiques, which changed the shape of retail. The idea for this concept was dreamed up by two cousins (Théophile Bader and Alphonse Kahn) in 1893. Originally dubbed “Aux Galeries Lafayette” the humble haberdashery started with one store, while the cousins acquired more stores in the surrounding area. Eventually in 1912, an architect Georges Chedanne would design a magnificent building to house everything under one roof, which is what still stands today. The stunning domed roof, which allowed organic light (sunlight) to showcase its luxury products, aided in making the Galeries Lafayette a top tourist attraction. 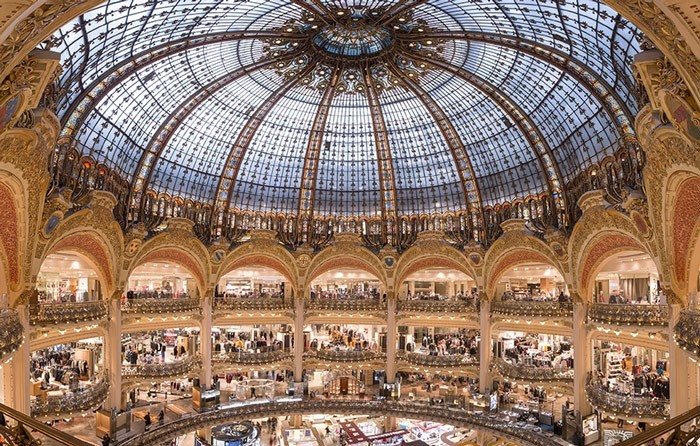 In close proximity to the Opera House and the Grands Boulevards, this luxury bazaar (as they called it) would attract crowds and celebrities from all over the world. The retail phenomenon provided more than just shopping, it offered its visitors an experience. Through the years Galeries Lafayette continued to update not only its fashions and retail products, but also its building…adding a tea room, reading room as well as a rooftop terrace offering panoramic views of Paris. Additional stores were later opened, “Le Club 20 Ans (younger fashion), Lafayette 2 (men’s fashion), and finally Lafayette Food & Drink. Fashion along with art events are held here adding to what makes this a popular Paris attraction. Galeries Lafayette has stood the test of time despite wars, financial hardships, and more. If you’d like to find out about its rich history, as well as tours available now – CLICK HERE. 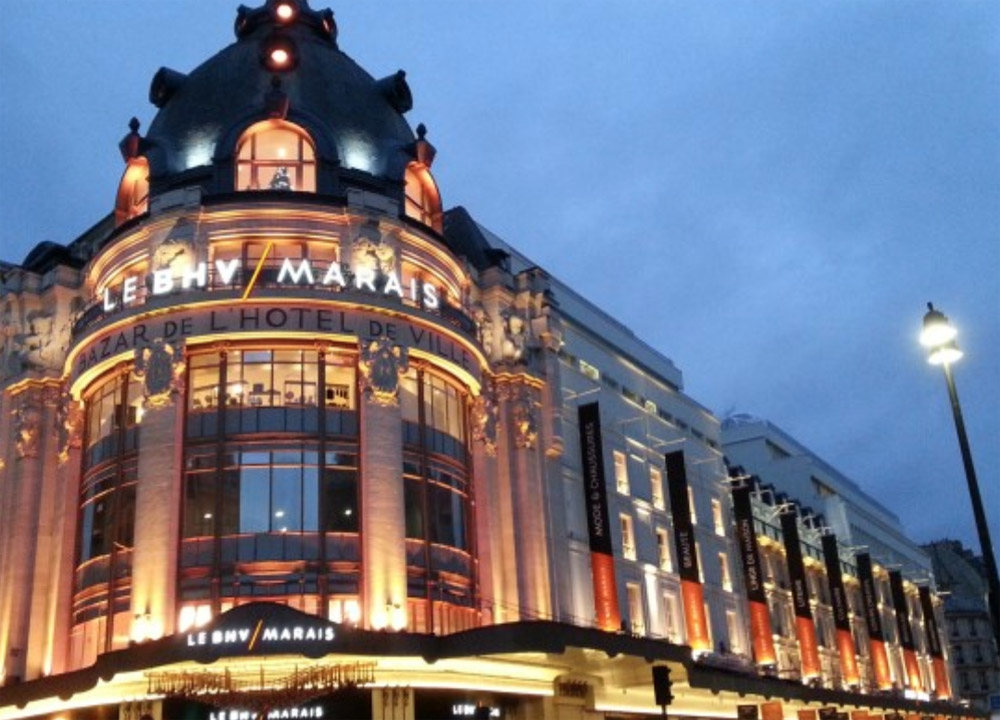 Another legendary retail giant, Le BHV Marais (52 rue de Rivoli, 75004 Paris) was created in 1856. Like the aforementioned establishment, Le BHV has multiple locations. The Marai location is housed in a magnificent building. Enjoy views of the Hotel de Ville and Notre-Dame, while you are shopping here. You can find everything you may need under one roof…fashions, home goods, even gourmet food.

The Marais offers a certain je ne sais quoi. Known for its large LGBT community, it exudes luxury and high end fashion in a metropolis setting. Of course you will also find smaller boutiques in the Marais such as Suite.341 (38-40 avenue des Gobelins, 75013 Paris) spotlighting fashions by Maje, Sandro and Claudie Pierlot. 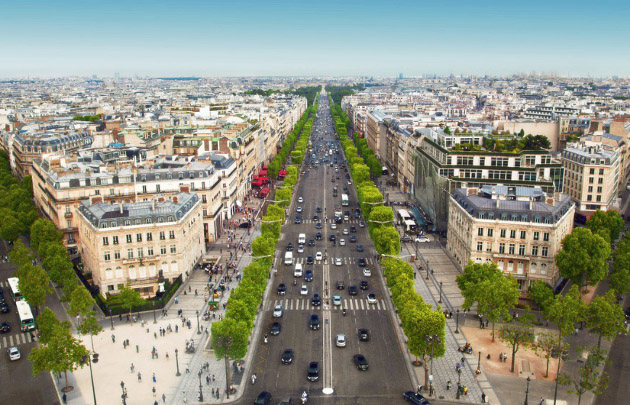 Île Saint-Louis is an island connected to Paris by four bridges. You can access this island by both banks of the river and to the Île de la Cité by the Pont Saint-Louis. 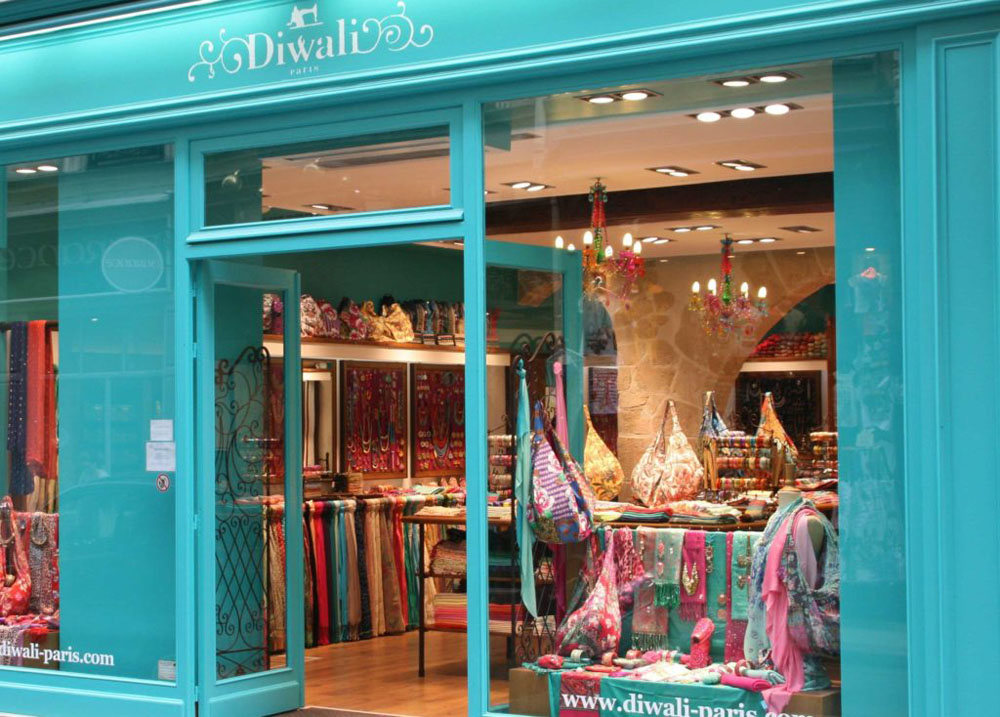 For additional info visit the tourist bureau website at http://parisinfo.com 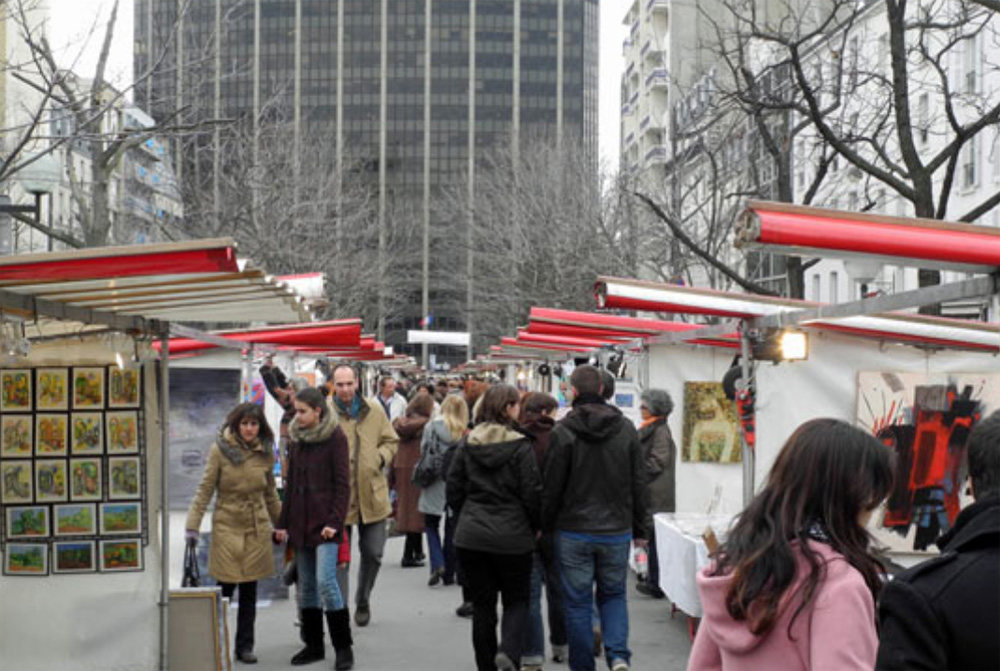