A Conversation with Tim Robbins and Bob Turton, of the Actors’ Gang

Founded in 1981 by actor Tim Robbins, the Actors’ Gang has been bringing relevant, unconventional theater to audiences across the globe. Based at the Ivy Substation in Culver City, California, this experimental theater and nonprofit group has produced over 150 shows, and won about 100 awards. Its Advisory Board includes well-known supporters such as Jack Black, Jackson Browne, Don Cheadle, and more. The company of some 40+ members typically mounts 3-4 shows per year, and some of the shows are taken on the road…hopefully to a city near you. 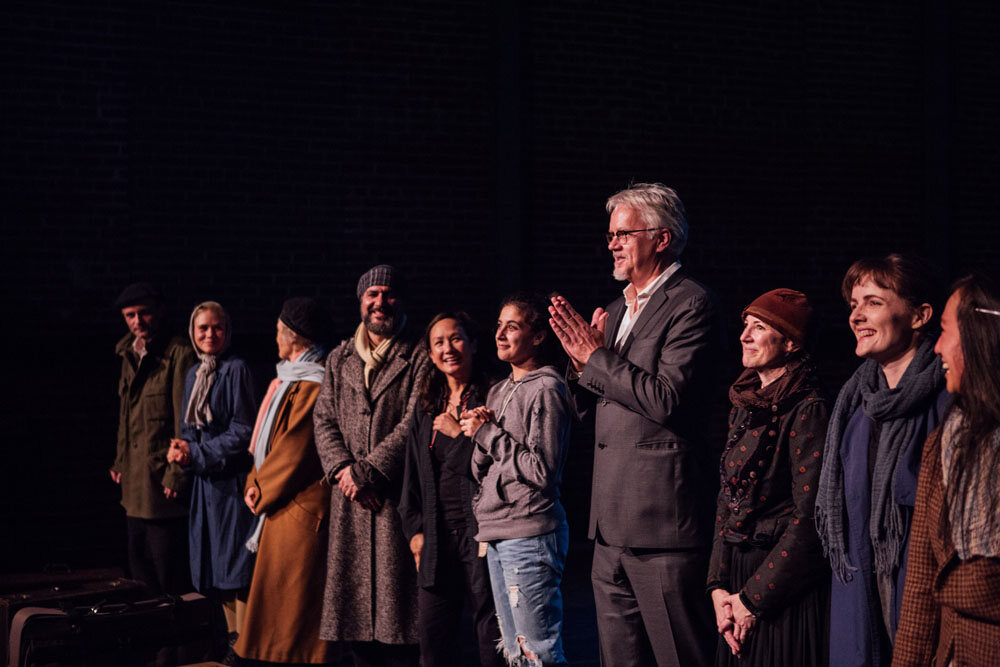 Tim Robbins with the cast of “The New Colossus” – 2018 Opening Night, photo by Ashley Randall

The Actor’s Gang is truly healing communities with its numerous programs which include Free Shakespeare in the Park, the Education Department, the Get Lit Players and its highly successful Prison Project. The latter program is currently in thirteen California prisons, serving incarcerated women, men, and children with rehabilitation programs that significantly reduce recidivism.

When visiting a large city like Los Angeles, one can expect to see exceptional theater tapping into Hollywood’s vibrant talent. However, when visiting cities across the globe, you may find an Actors’ Gang production on tour. Robbins explained…”We play in both large and small cities. We’ve been everywhere from Almagro, Spain to London to Shanghai.” I asked him what the reaction typically is or has been. “The responses are similar regardless of where we play. All audiences yearn for truth and for a direct connection to the actors telling them the story. Although we haven’t toured for 3 years we are looking forward to getting back out on the road both domestically and internationally.” 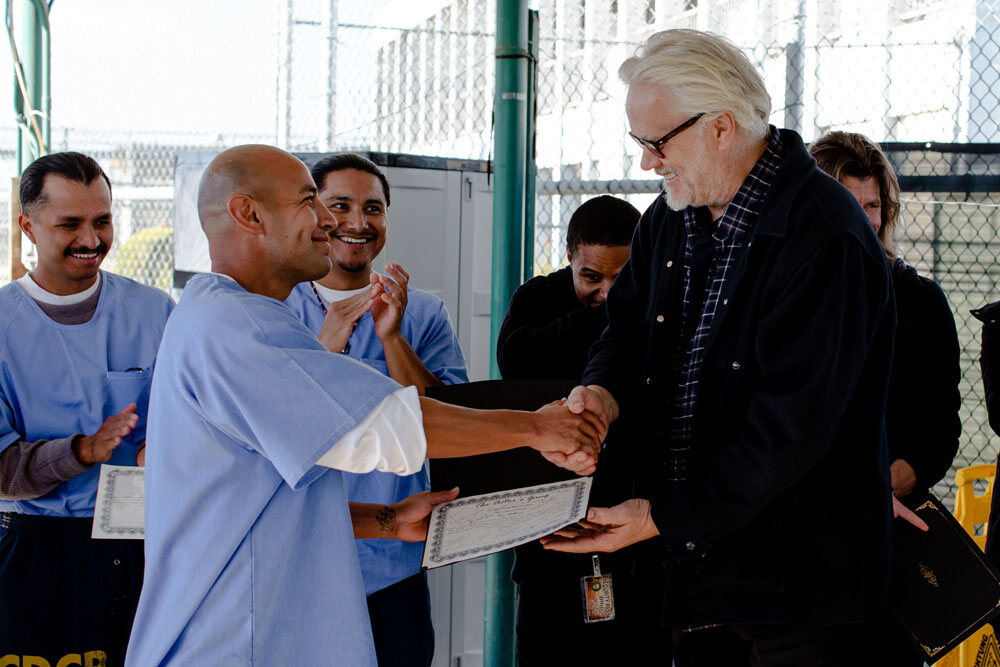 The Prison Project has accomplished so much through introducing the arts to the prison population. I questioned what was his impetus to create it. “I was drawn to support The Prison Project because of the massive injustice that the ‘drug war’ wreaked upon society, particularly amongst African American and Latino communities. There were hundreds of thousands of people in jail for non-violent drug crimes. And I felt that the least that I could do was figure out a way to help.”

As a fan of Shakespeare I wanted to know why he thought it was important to bring the Bard of Avon’s plays to the younger generation. “We introduce the words of Shakespeare through characters from popular culture, and parents tell us that their children’s curiosity for Shakespeare is enlivened by our productions. We’ve been doing it surreptitiously for years with our summer Free Shakespeare in the Park for Families at The Actors’ Gang. 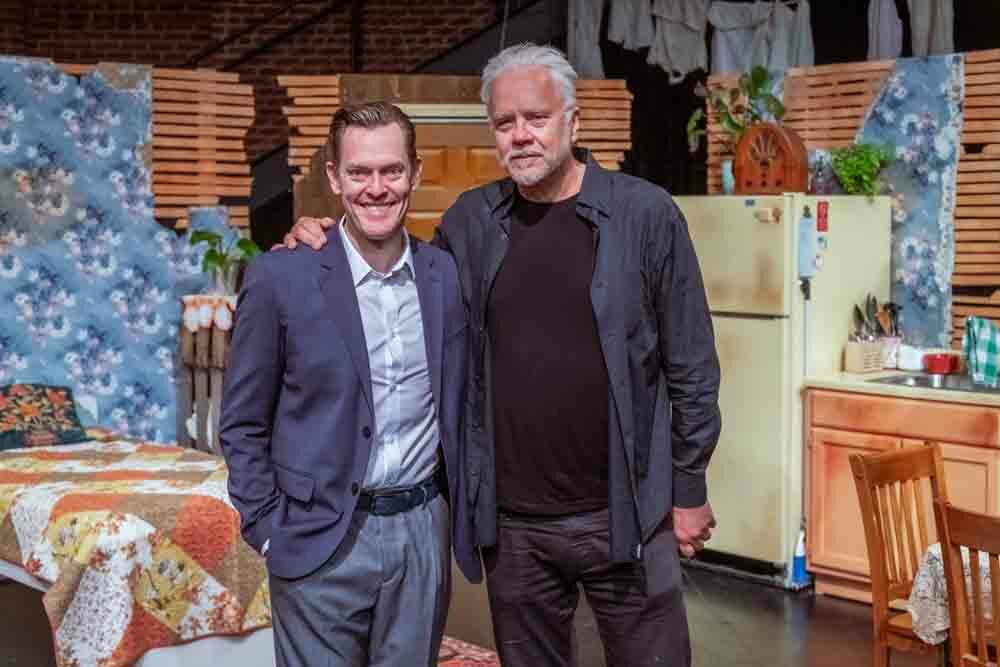 I interviewed Bob Turton as well, the director of “Can’t Pay? Don’t Pay!” (currently running at the time of this interview).  Turton is also an actor and a teaching artist for the Prison Project. He has been with the company for twelve years. The play written by Nobel Laureate Dario Fo and Franca Rame originally opened in March of 2020. The run lasted for just one week, when the pandemic forced all theaters to close. It re-opened two years later to the day.

I attended the show and absolutely loved it. It just so happened that the night I attended, one of the cast members was sick. Turton came on stage and announced that he would be filling in for the absent actor. I thought to myself, well he is the director, he probably knows the show very well. Little did I realize, that he would be filling in for a cast member who played not just one part, but FOUR parts. He was astounding, and so, so funny. 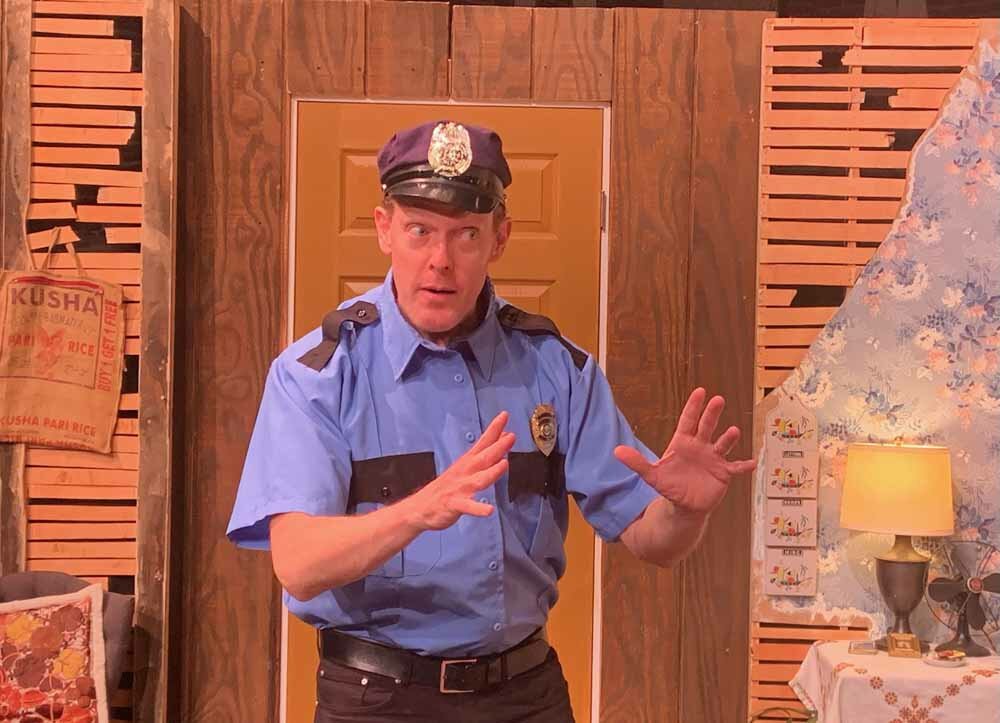 Bob Turton stepping in for a cast member of “Can’t Pay? Don’t Pay!”

When asked how the Actors’ Gang dealt with the pandemic, he replied, “We adjusted as quickly as possible to keep creating. Like many companies we moved online. On Zoom we had a run of an adaptation of Studs Terkel’s “Hard Times” (called “We Live On,”) as well as “The Hot Chocolate Holiday Club.” He also told me that the Prison Project had live Alumni Workshops for the public to view and participate in. “The pandemic was a growth opportunity for us as a company.”

Since the plot of “Can’t Pay? Don’t Pay!” deals with inflation, I asked about the audience response. “So far the reaction has been fantastic! While the workshop production in 2020 felt timely, we never could have anticipated how this play would speak to our audiences in the post-pandemic world. Audiences are shocked when they hear that this play was written in the early 1970’s, when so many of the themes in this play ring painfully true today.” 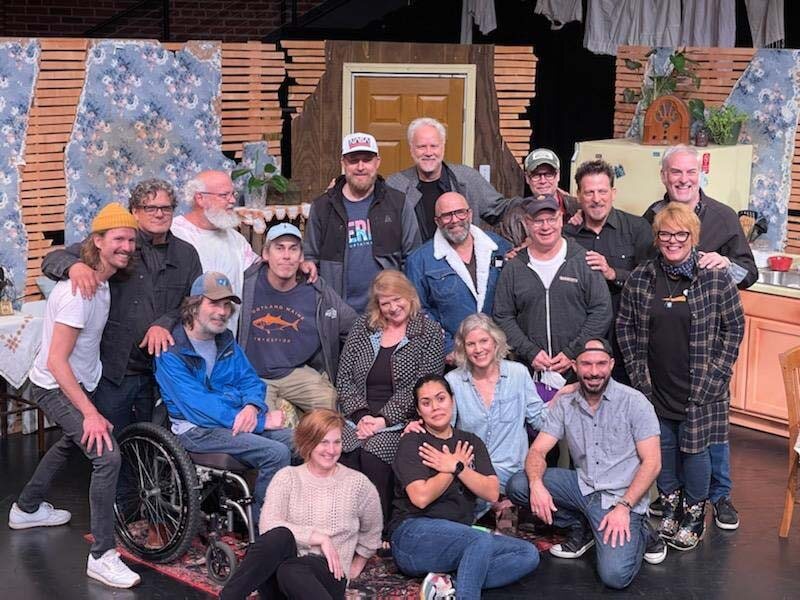 The cast of “Can’t Pay? Don’t Pay!” with the Actors’ Gang Vanguards (ensemble members that have been with the GANG for over 20 years) photo by Ashley Randall

If you live in LA or happen to be here, it’s a “must-see.” Otherwise, anyone who appreciates an intimate theatre experience with quality talent should definitely check out an Actor’s Gang production when visiting LA, or intercept the group while touring. See the website for more info – https://theactorsgang.com/