Thaddeus Phillips celebrates the magic of theater with his one-man show “17 Border Crossings,” which he recently performed at the Broad Stage in Santa Monica. Phillips invited the audience to witness international border crossings, as he conjured up exotic, odd, and even mundane characters right before our eyes. 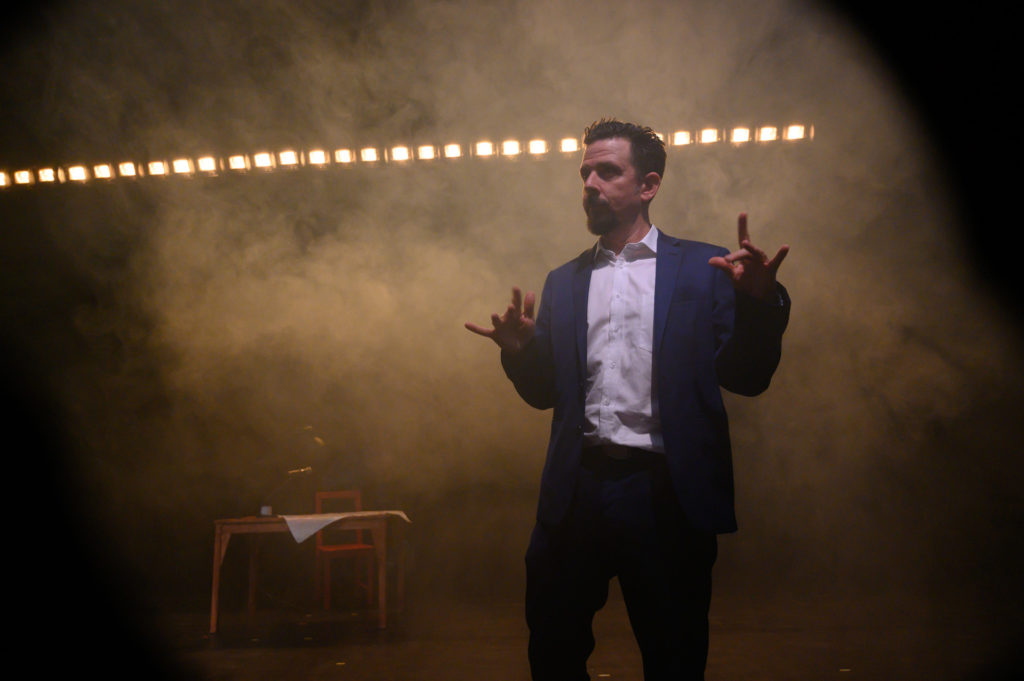 Using the simplest elements, one desk, lights, and audio, we were transported to a new world that some have never experienced. “17 Border Crossings” is directed by Tatiana Mallarino, who also happens to be his wife. The team has been collaborating since 2005. The first staged version of “17 Border Crossings” premiered in 2015 during the inaugural season at the FringeArts in Philadelphia.  As the show is performed at various venues across the globe, it has morphed into its best self. Mallarino traveled to NYC to direct the ‘Off-Broadway’ version in 2019 which was performed in January 2020 at the Broad Stage in Santa Monica.

Find out more about this talented performer/director/writer below.

Q: Has “17 Border Crossings” changed since it opened in 2015?
A: The show has certain sections that can get re-written and changed – but basically the work has only gotten more refined and simple – many of the lights from the 2015 version have been cut and we have found much better way to stage scenes simply from the fact of learning about the mechanics of the work, metaphorically and literally, while touring. 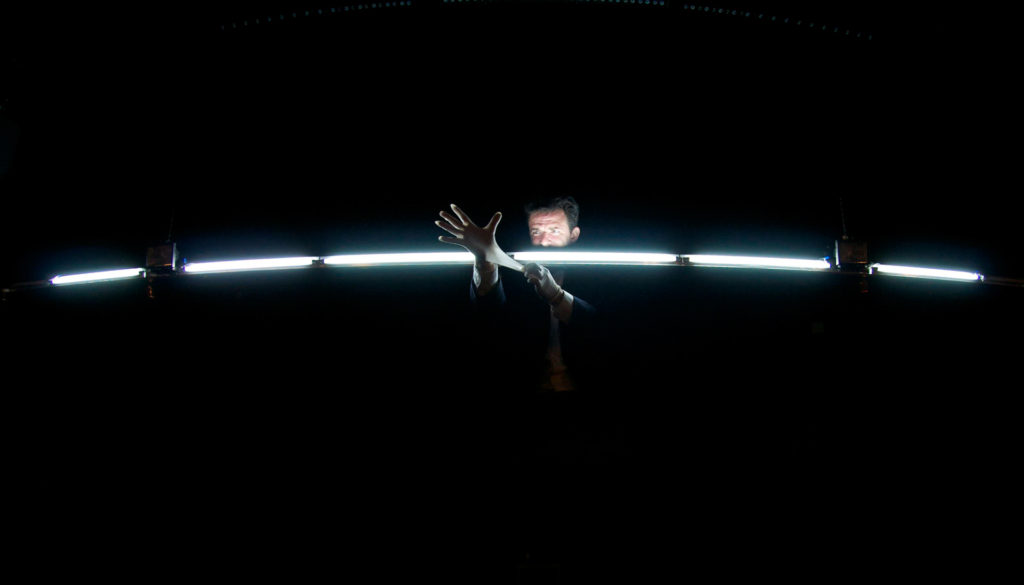 Q: Can you give me an example of how it has changed?
A: In 2019, this past spring, we presented the show at New York Theatre Workshop – where we were able to create new lighting effects and some audio tricks that are now new to the show – thus the ‘Off-Broadway’ version is what we are performing now.

Q: I’ve read that the show was inspired by your own creation of previous shows…can you tell our readers what initially sparked the idea?
A: Yes, I created shows based on research in Bosnia, Cuba, and Morocco, and also have toured a lot. In creating this work – the spark was to make something about ‘travel’ and experiencing a new culture, and in working in it, we discovered the idea of crossing borders and then I mined many border crossing stories and we used that as the theme. Since some of these travels involved the making of other shows – “Lost Soles,” “The Earth’s Sharp Edge” – characters and scenes from those shows reappear in “17 BORDER CROSSINGS” – the US and Cuba customs agents from those works reappear in 17, but you would only know that if you saw the other two. 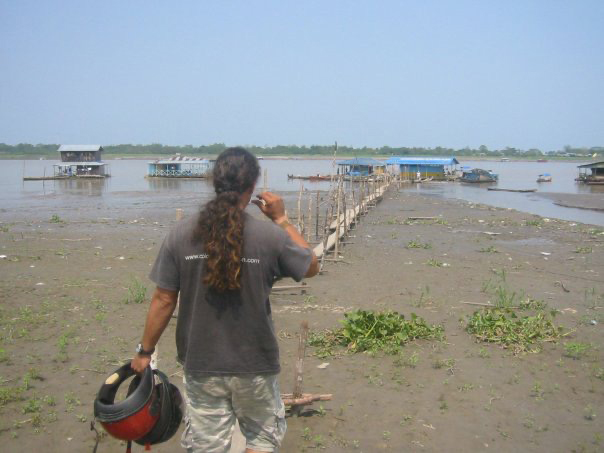 On the way to a Maloca (communal dwelling) in the Amazon; photo courtesy of Thaddeus Phillips; This is one of the last crossings on the border between Colombia, Brazil and Peru;

Q: How has travel affected you personally?
A: I am from Denver. I first left the USA when I was 19 to Europe and just loved traveling more than anything. I would save every penny to go anywhere – very often in wild conditions due to the low budget I managed to scrape up. I then began to make all my theater involve travel, in some form or another. As a result I see the world as a whole – one place – and find the idea of nations silly. I feel more like a human animal on this planet in space rather than ‘an American’ a silly word if you think about it. It’s a bastardization of the person who make a map of this area of land mass – and we add all these meaning to these invented words – when the reality is we are just human animals on this rock in space.

Q: And professionally?
A: Professionally, I have followed the path of making work to tour and been unbelievably fortunate to have been invited to perform in many countries –  thus making my job essentially only that – so the mix of travel and theater has had a huge impact on me in all aspects.

Q: Do you have time to visit historic sites, or art installations while on the road, if so, which ones have most affected you.
A: The Amazon 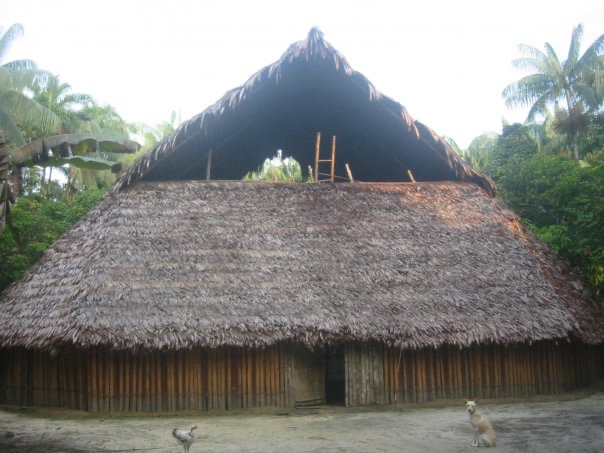 A Maloca (communal dwelling) in the Amazon; photo courtesy of Thaddeus Phillips

Q: Do you update the show to include the current political climate?
A: Yes, but only in small details as the show is not a political one – nor didactic – but rather attempts to look at crossing borders from a comic, tragic and ultimately human perspective.

Q: What part of the show do you get the biggest reaction to?
A: Usually the French border crossing involving rubber gloves

Q: Does it vary from city to city…or country to country?
A: ABSOLUTELY – certain parts have the exact opposite meaning depending on where we performing it – which is great to see how different we can see things and that shifting perspective leads to much understanding.

For more info about Thaddeus Phillips, visit his website – http://www.thaddeusphillips.com/

To find out more about the performances at the Broad Stage, visit the website – https://thebroadstage.org