Ryan Schude is a photographer living and working in Los Angeles, California. Continuing in the tradition of theater and paintings of the 19th Century’s Tableaux Vivants, his primary focus has remained in staged, narrative imagery.

Find out about his solo exhibition at bG Gallery in Santa Monica on our sister site LAArtParty.com – CLICK HERE for direct link. 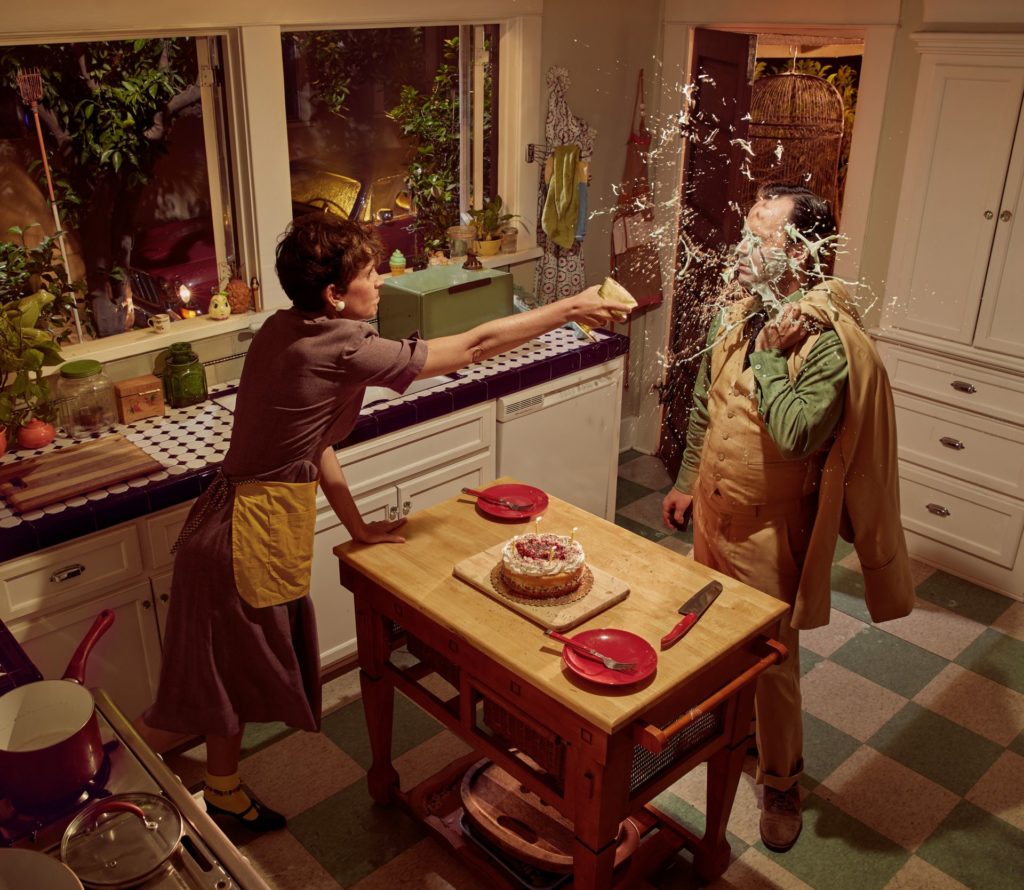 He describes how he created the photograph “Kitchen.”
“This was shot in our kitchen and my wife is throwing a glass of milk in my face as an illustration of a birthday celebration gone awry. In my right hand you can see the radio transmitter that triggered the camera so it was a bit of a challenge to get the shot at the exact right moment. I think this was the 3rd of 4 attempts. I’ve done a few similar drink in the face shots in the past and this is the 1st time I’ve seen the effect the milk is making with the slightly blurry droplets. It was caused by the key strobe which had a slower flash duration than is normally used. I’m excited to see this printed large as there are many details such as the orange picker outside you might not notice at first looking at it online.”