By Keith Block – I believe the last time Branford Marsalis brought his quartet to UCLA’s Royce Hall was in 2017, and I think that was also the last time I was there. Royce Hall is one of the four original buildings on UCLA’s campus and its twin-towered façade has come to represent the defining image of UCLA. 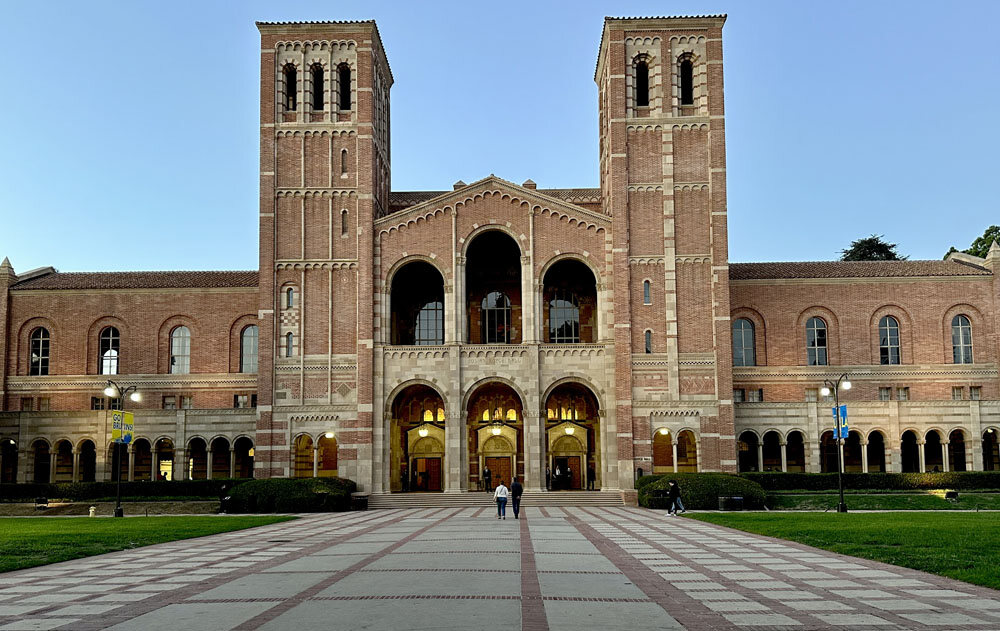 I just plum forgot how beautiful Royce Hall is, inside and out, and how great it is to see live music there. With a nice proscenium stage, excellent acoustics and good sightlines, the venue is absolutely perfect!

Presented by UCLA’s Center for the Art of Performance (CAP UCLA), the night began with a student performance on the Hogwarts-esque Royce Hall Terrace. A quartet of UCLA Jazz Students, played an enthusiastic set of their own compositions along with fresh interpretations of the music they love. The band consisted of Zane St. Andre Jackson (Saxophone), Caden Potter (Keyboards), Tim Zhou (Drums), and Connor Gilbert (bass). It was fun to watch a group of young people having a great time playing jazz, and that gave me hope the future of jazz is in good hands.

The affable Branford Marsalis greeted the crowd and said how long it has been since he played Royce Hall, and how great it was to be back. He mentioned how much he loved watching the NFL on west coast time even as he bemoaned the loss of his beloved Saints. 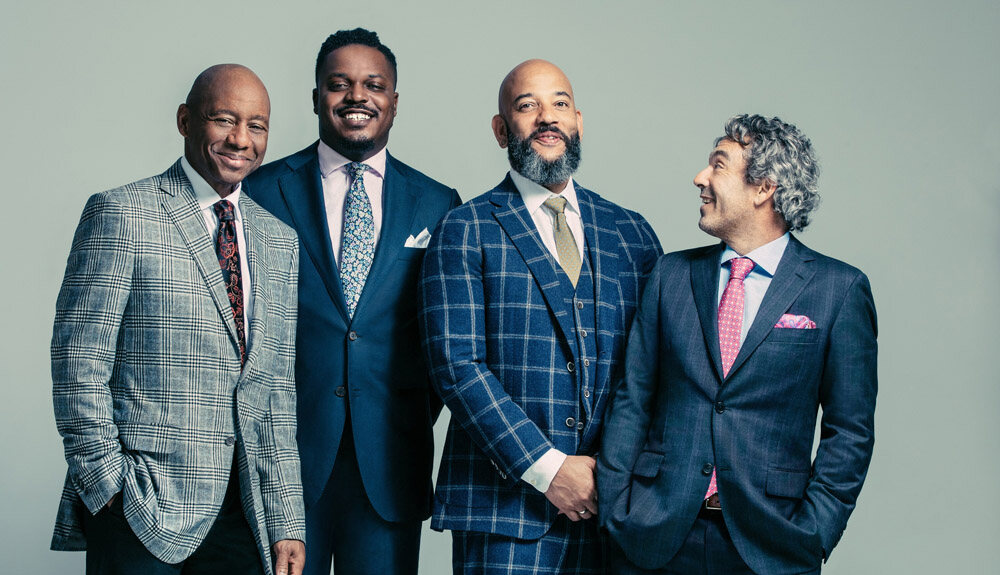 From there, the band launched into a mix of original songs and older jazz standards, which gave the audience a sense of familiarity. The band was really relaxed and seemed to be creating the set list on the spot, which Marsalis said was a result of the band having not played since May. A lot of the set featured tunes from the quartet’s latest 2019 album The Secret Between the Shadow and the Soul which I believe Marsalis planned on touring – but Covid changed those plans. The album finds the quartet balancing an expressive maturity with a continued sense of fun – traits that were highlighted during their live performance.

The superlative quartet features pianist and soprano/tenor saxophonist Branford Marsalis, pianist Joey Calderazzo and bassist Eric Revis (two twenty-year veterans of the group), along with drummer Justin Faulkner (who joined back in 2009). Each member contributes extraordinary craftsmanship, personality and finesse.

The show did a wonderful job highlighting each player’s talents, beginning with pianist Joey Calderazzo whose style is reminiscent of Bill Evans. His delicate touch made the quartet’s more relaxed and easygoing songs extra sweet. In particular, on “Conversation Amongst the Ruins” his melancholic passages built slowly over the course of a few minutes before leading into a massive interlude with the full band. 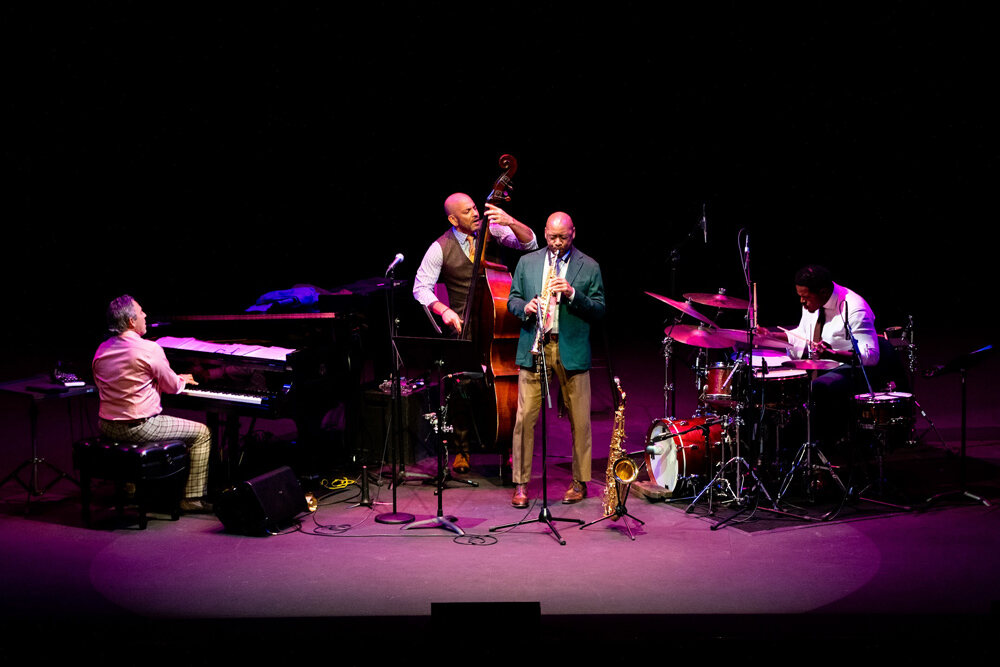 Equally impressive were Justin Faulkner’s ferocious prolonged drum solos, which reminded me of Art Blakey. Once Faulkner let loose on the drums it was a tour de force, and I couldn’t take my eyes of him. I wasn’t alone. His ferocious drum solos left the audience awestruck. Bassist Eric Revis studied under Branford’s father Ellis before joining the quartet in 1997 and has a technique as brilliant as that of any other member, which was expressed best on “Snake Hip Waltz”.

At the end of the show, the audience broke into a thunderous, two-minute-long ovation which brought the band back out for an encore featuring “My Bucket’s Got a Hole It” a Hank Williams standard that Branford’s brother Wynton covered on his album with Willie Nelson – how eclectic is that?

Overall, the quartet plays jazz the way it should be played. The players were very impressive. It’s not every day you see a group that plays dauntingly intricate and breathtakingly dynamic music while navigating odd meters and eye-blink tempo shifts.

If you have a chance to see them, GO – you will not be disappointed! Visit CAP UCLA’s website for upcoming performances – https://cap.ucla.edu

For more info about Branford Marsalis or to find out about upcoming tours, see https://www.branfordmarsalis.com/