Review: AbilityFirst 2020 Festival of Fall Comes To You!

This year’s AbilityFirst 2020 Festival of Fall Comes To You presented by Chubb was held virtually due to Covid. For the past few years, this annual event has been held at Pasadena’s Historic Laurabelle A. Robinson Estate. Designed by renowned architects Greene and Greene is rarely open to the public, but this year VIP viewers, were taken on a virtual tour given by owner and licensed Interior Designer Phaedra Ledbetter.

Infinity pool overlooking Arroyo Seco and the Colorado Street Bridge; View from the Laurabelle A. Robinson Estate in Pasadena; Photo courtesy of LAArtParty.com

I attended this benefit last year – the grounds are stunning, offering views of the Arroyo Seco and the Colorado Street Bridge, however it was a real treat to get an inside peek of such an enchanting property this year. 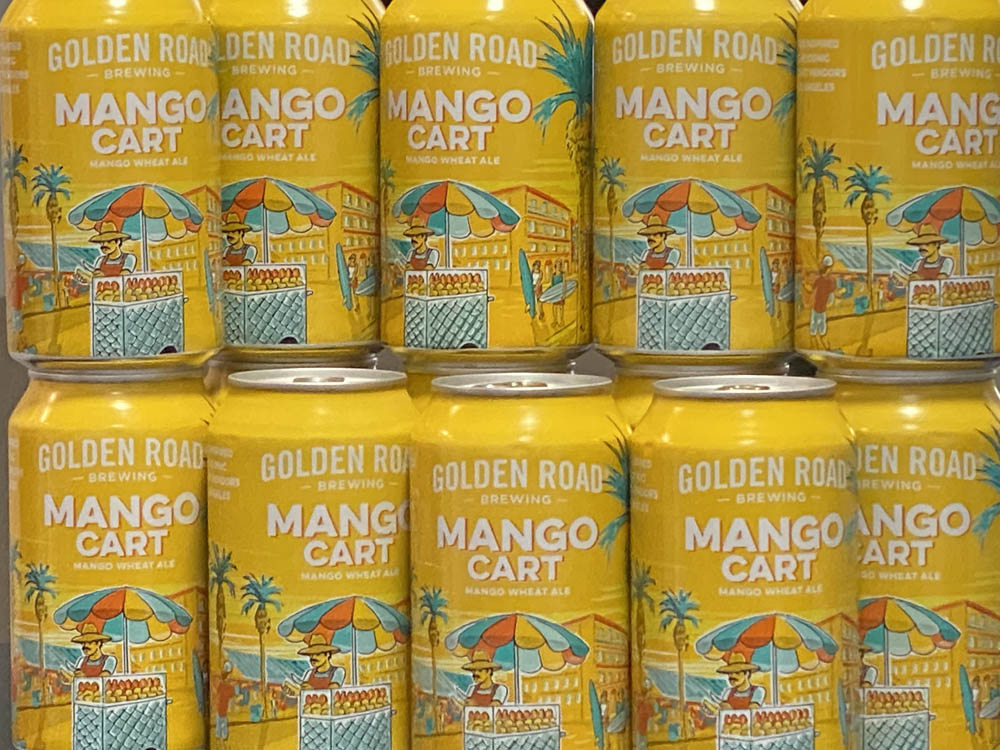 While general admission was free to view the programming, VIP admission came with a  virtual tour of the house, and a DIY Pizza Kit delivery from Blaze Pizza, along with beer (Mango Wheat Ale) from Golden Road Brewing. I am not a beer drinker, but my husband is. He really liked its subtle mango sweetness. The pizza was delicious. The dough was airy and light yet had a nice chewy and crunchy crust. DIY Pizza kit was super easy to make, as it was all spelled out for us on a video online at DIYBlaze.com 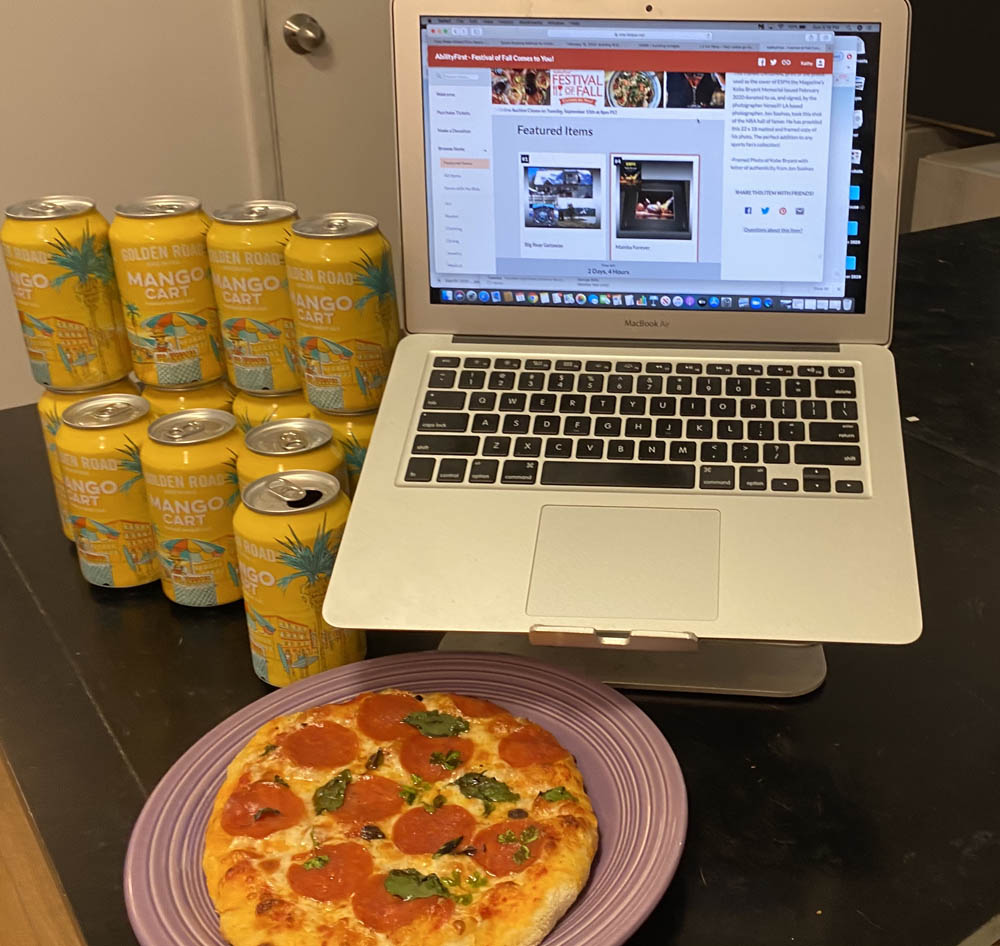 Chef Michael Hung of DTLA’s Faith & Flower taught us an easy cooking class. He also told us about one of the auction prizes, dinner for four at his restaurant. Other deals up for auction featured: travel trips, dinners, experiences, art, memorabilia; jewelry and much more.

The Raymond 1886 in Pasadena offered a mixology demonstration, which I made along with the video. Bartender Nathan Baker (Raymond 1886) taught us how to make a 20th century signature cocktail. This classic cocktail has been around since 1937. The name was inspired by a train line – the 20th Century Limiter Line. 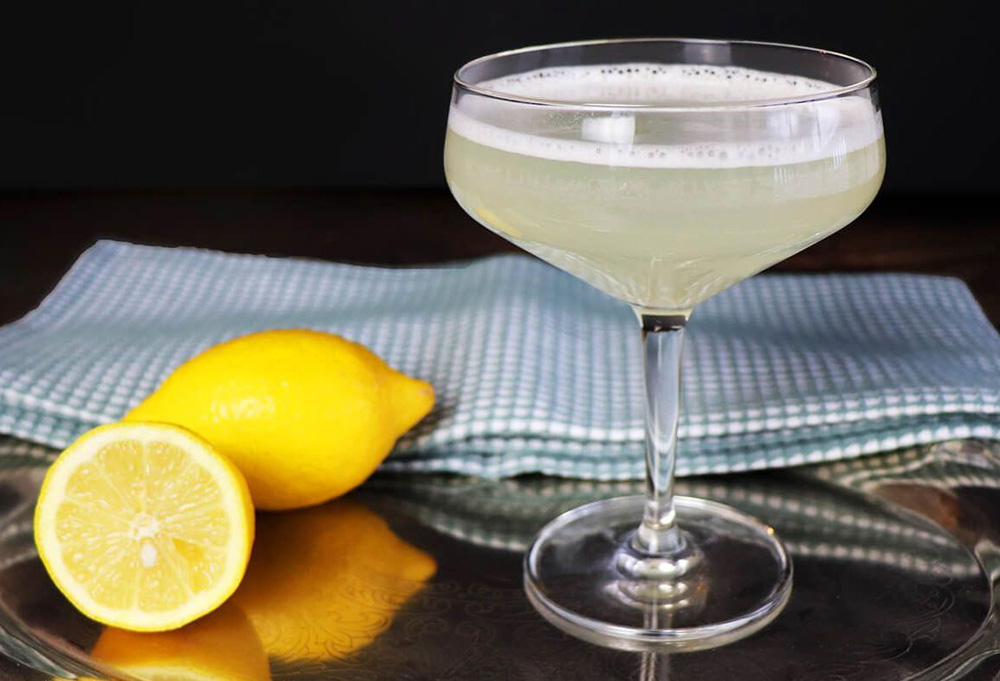 The 20th Century Limiter Line, by the Raymond 1886; Photo courtesy of the AbilityFirst Festival of Fall

Gin is not my go-to spirit, but I love creme de cacao. It also called for Lillet Blanc and lemon juice, which gave it a nice spin, and mellowed out the gin. The creme de cacao brought a sweet vibrant flavor to this tasty cocktail.

My favorite part of the event was the virtual tour given by Phaedra Ledbetter who was quite knowledgeable about the history of the house as well as interior design. In 1905 the famed architects Greene and Greene were commissioned to create this exquisite home by lawyer and financier Henry Robinson and his wife Laurabelle.

When the house was purchased by Mark and Phaedra Ledbetter in 1998, it had to be completely redone.The furniture designed by the architects was removed from the home and/or placed in museums. Phaedra said they wanted to stay true to Greene and Greene’s design elements. Keeping with the original style, they commissioned craftsmen to work within the design motif paying homage to this historic house. 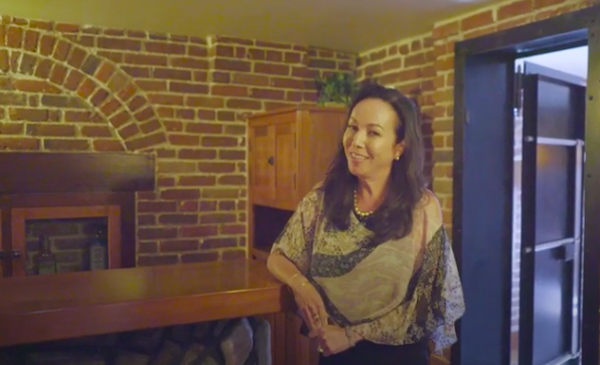 The couple remodeled twice – once when it was first purchased and then twenty years later. When the house was built in 1905, the kitchen had been used solely by the servants. There was a mud room where the servants ate their meals just outside of the kitchen. Phaedra explained, she wanted to create a more practical kitchen with a view. It is currently one of the most popular rooms in the house, and looks out on the Arroyo and the Colorado Street Bridge and the infinity pool.

As part of the remodel, exposed brick is now showcased in the theatre, billiards, poker room, and its prohibition safe located in the basement. During the prohibition (1920 to 1933), portions of the basement were enclosed. The Ledbetters added a stone bar, with a speakeasy to the prohibition safe, which also serves as wine storage. Find out more about the restoration of this house on Phaedra Ledbetter’s website – http://phaedra.biz

If you did not have a chance to bid on any of the fantastic auctions items, you can still do that thru September 15, 2020. I can’t wait until the 2021 event and hope to see you all there in-person. Please consider donating to AbilityFirst – https://www.abilityfirst.org