Miami Art Week Has it All!

If you love art, Miami Art Week has it all. It has become the center for art fairs. Yes LA, is attempting to take a bite out of it, but Miami still holds the trophy. Here is a review of Miami Art Week from a couple years back. I had a great time, but the week flew by, and I could barely view everything I wanted to see. 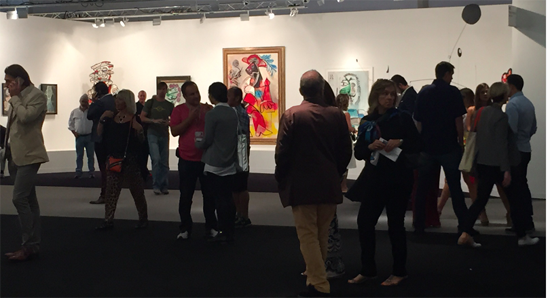 Looking back to Miami Art Week (which took place the first week of December), one would have thought the perpetual rainstorms would have dampened the spirits of attendees. However, practically every art gallery that I spoke with said the inclement weather had absolutely no effect on the reported record sales.

Yes the bizarre box cutter slashing that was first mistaken as a performance art piece at Art Basel did add an odd twist to the mix. It appeared none of the drama or rain had a negative effect on the renowned fair Art Basel, which celebrated its fourteenth year and featured iconic artists. First-time galleries included: François Ghebaly Gallery, George Adams Gallery, Hannah Hoffman Gallery, Jenkins Johnson Gallery, SIM Galeria, Thomas Duncan Gallery and Universal Limited Art Editions and more.

New York Gallery Fergus McCaffrey secured a booth at the famed art show. “Given the vast audience that ABMB attracts, we chose to make a focused presentation of Marcia Hafif’s Italian paintings (1961-69), which had never previously been seen in the artist’s homeland,” said Alexandra Von Stumberg-McCaffrey, Communications Director at Fergus McCaffrey. “The response from curators and collectors was incredible, and we’ve made several institutional and private sales.” 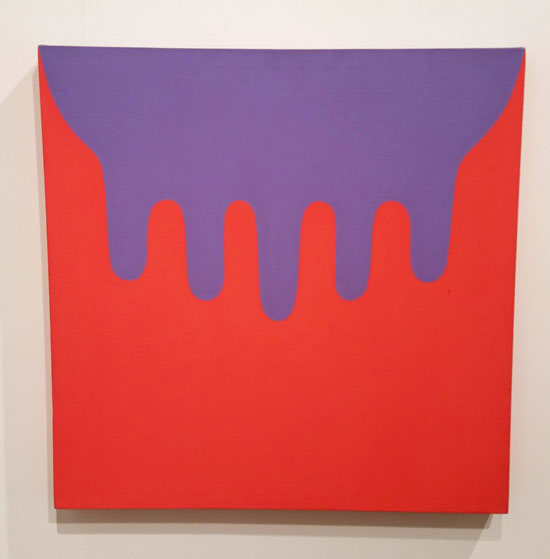 I stumbled onto Los Angeles galleries such as, Cherry and Martin, who featured works by artists Bernard Piffaretti and Nathan Mabry as well as Susanne Vielmetter Los Angeles Projects. The latter had an incredibly successful first day, selling out the entire booth. Some of my favorite New York galleries also participated, such as Alexandra Gray, Real Fine Arts, 47 Canal, and Elizabeth Dee.

Also at Scope, Colombian artist Camilo Matiz featured Instagram inspired installations at Indiana Bond. Neon signs were positioned in front of mirrors, while a contradictory message was reflected back. Other phrases included “You Are a Star/You Bastard” and “Believe You Can/Lie to Yourself.” 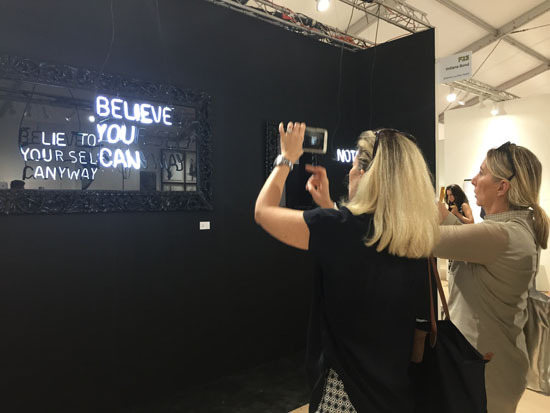 Presented by Redwood Media Group, Spectrum had a playful vibe with artists manning their own booths in addition to many galleries from Miami, Cuba, and elsewhere in the world.

“ARTE Cuba,” curated by Stacy Conde, showcased Cuban art at this historic moment between the United States and Cuba. Also featured – ArtSpot International (a show within a show) curated by director Aldo Castillo.

Art Miami was impressive along with its two sister fairs, Aqua Miami and Context. BERRY CAMPBELL (New York City) had a strong start at Art Miami selling a 1955 Alfonso Ossorio painting within forty-five minutes into the opening party – Retail price $175,000. The trend continued the next morning with the sale of a rare 1963 Walter Darby Bannard painting – Retail price $100,000. Two more paintings went on to sell…rounding off the week. “There were a good range of buyers from young buyers to seasoned collectors, said gallerist Christine Berry.

Los Angeles gallery FP Contemporary exhibited for the first time at Miami Art Week and chose to show with the Art Miami Group, since it recently participated in Art Southampton this past July.

“Context is the sister fair to Art Miami, which has been doing this show for 26 years and draws an excellent collector base,” said gallery director Paul Dahmen. “The Art Miami team, including Director Julian Navarro, has a great eye and curates a solid selection of galleries representing myriad styles of art from galleries around the world.”

Lawrence Cantor Fine Art has shown at Scope for the past three years. This was the first time at Context. “Sales were exceptional…attendance was off the charts,” said owner Lawrence Cantor. He went on to say he felt this year offered a better collector base.

“We have been doing CONTEXT since its first year in 2012,” said gallerist Fabien Castanier. “Most of the artists we work with are younger and come from an urban contemporary background of some kind, so CONTEXT is a great environment to showcase that kind of work.”

Pulse had an eclectic energy with galleries showing from all over the world. I spotted additional Los Angeles galleries such as the Good Luck Gallery, Charlie James Gallery, Kopeikin Gallery, Shoshana Wayne Gallery, Von Lintel Gallery…just to name a few.

walter maciel gallery was one of the four founding galleries to show at Pulse when it began in 2005. “I have also done NADA, Aqua, Wynwood, and Miami Project,” explained Maciel. “Relationships with art fair directors change as well as finding the perfect audience each year so these decisions influence which fair to do.  I have consistently done a fair in Miami for the past eleven years (every year that I have been in business).” 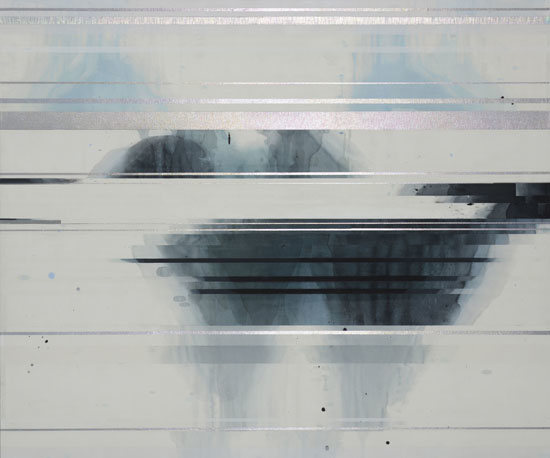 Maciel continued, “LA is on everyone’s radar and you meet collectors from places like Dallas, Chicago, San Antonio and Kansas City…and when they plan their trip to Southern California, they stop by to see my gallery and other artists.” Maciel has been working In contemporary art galleries for twenty-four years. He opened his own gallery in 2005.

Los Angeles gallerist Carl E. Smith of CES Gallery said, “We chose Pulse because of our interest and respect for the fair director Helen Toomer and because of the Miami Beach location.” The gallery participated previously in Miami Project. “I have been attending as an enthusiast and collector for seven years. This was our second year exhibiting.”

“Fairs are continually evolving,” said Luis De Jesus (Luis De Jesus Los Angeles). “When we saw the first edition of UNTITLED (it’s been presented four times now), we were very impressed. We liked that they were thinking outside the box, willing to challenge convention, take risks.” The gallery has shown at NADA, Pulse, and Aqua. De Jesus said it was the best year for sales…probably due to the rain, which kept everyone inside. “We met many new collectors and curators.”

Cirrus Gallery and Cirrus Editions Ltd. has participated in various art fairs at Miami Art Week (Miami Project, Scope, and Aqua), but has returned to Untitled Art Fair for the 2nd year. “We have been going since Art Basel Miami started in 2002,” said gallery owner Jean Robert Milant. “We returned because of the quality of the fair, the layout, and the fair’s artistic director, Omar López-Chahoud.”

Cirrus Gallery was established in 1970 with a focus on emerging LA based artists. I did get to visit Nada, Red Dot, Miami Project, X Contemporary Art Fair and others, but by that time…Miami Art Week was a blur.

Last but not least…the Wynwood neighborhood offered its own charm from the Wynwood Walls to bustling galleries with street artists furiously painting the sides of buildings throughout the weekend. I came upon familiar faces such as Jason Ostro (from Gabba Gallery, LA) and Clinton Bopp, as well as Venice artist Isabelle Alford-Lago who all left their mark on Miami Art Week.