I have two friends (a couple) that I met after I moved to Los Angeles. Married for almost 40 years, they were longtime residents of Santa Monica (34 years). In 2016, they sold their home and moved to Santa Fe with their three cherished dogs. Helen K Garber is a talented photographer/artist who I met in 2011 through the art world. After being introduced to her husband. Dr. Stuart H. Garber (DC, PhD, AVCA), he soon became my homeopath and chiropractor.

Stuart was the first person in the United States to receive a PhD for homeopathy. He had a Santa Monica office for over twenty years, and now consults online with his patients. He is the founder of Dr. Garber’s Natural Solutions, (Amazon, Whole Foods, etc.), providing non-prescription relief for many. He has expanded his homeopath remedies to helps animals with his Maxwell Pet line.

I interviewed Stuart and Helen separately…each having a slightly different take, but the sentiment was very much the same. After 34 years of living in Santa Monica, they looked around and realized it was not the beloved home that they first moved to in the 80s. They were entrenched in the community of both Santa Monica (where Stuart had an office) and Venice (where Helen had an art studio), and loved the people, and the cherished friendships they had cultivated, but little else. Some of the big changes occurred with gentrification, which led to artists being forced out, more crowds and traffic. 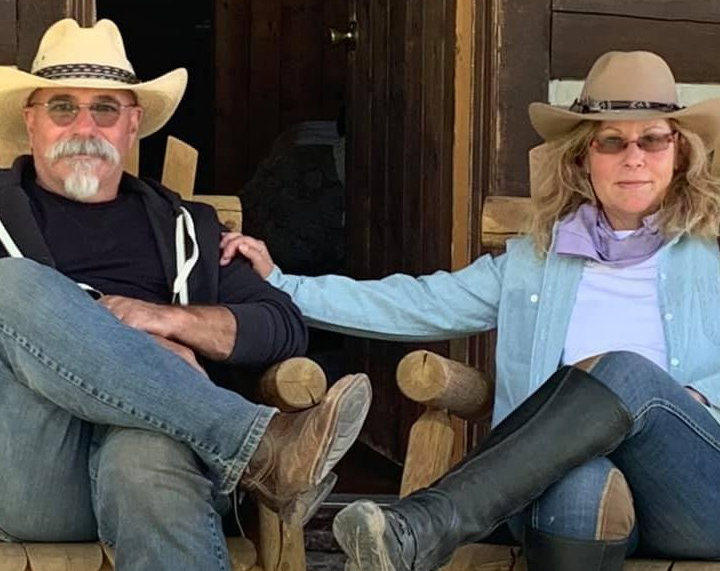 “When Google moved in it was exciting, said Stuart. “Then Snapchat and then other tech companies and suddenly the whole flavor of the area changed. The conversation changed from people talking about their art to people talking about the next tech IPO. When the much ballyhooed subway arrived, well, that might have been the final straw. As Helen said, ‘If I wanted to live in a place where I needed to get around by subway I would have stayed in NY.’”

The two originally met in college in upstate NY. Horseback riding was offered a gym class. Helen has been in love with horses since she was a child, so she talked Stuart into taking the class…their love of horses stayed constant.

The couple loved to travel and had experienced many fantastic adventures in exotic locales such as Africa, Italy, and more. Road trips worked especially well so they could include their dogs in the vacation.

They looked into a variety of possible locations…Ventura, Old Agoura. They decided to write a list of the pros and cons of each city that they were considering, and Santa Fe came out on top. “As an artist, Helen can do what she does from anywhere. And Santa Fe is considered the third most important art city in America after NY and LA. My professional life, at least at that time, had shifted more from clinical practice to working on my product line which I can also do from anywhere. And the real estate market was at its peak so it just all added up to be the perfect time to sell our Santa Monica home and move on.” 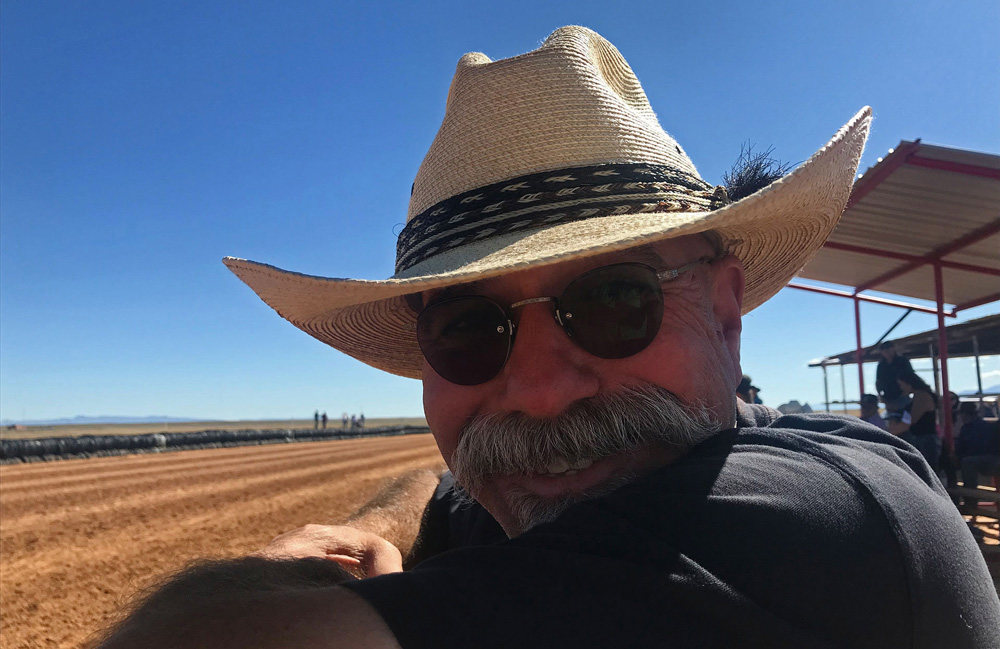 An LA friend suggested they contact a woman named Barbara Windom who had horses and moved from Malibu to Santa Fe. “She was very gracious and invited us to come up and ride her horses with her trainer. That was our introduction to gaited horses which are the kind we ended up getting.” They later realized this welcoming gracious woman was the granddaughter of Louis B. Meyer. Stuart added, “She grew up with Hollywood Royalty and had a house on the beach in Malibu. She gave that up for northern New Mexico and said she wouldn’t trade it. The point is that this woman, who could live anywhere in the world…she chose to be here. That gave us the encouragement we needed to make the same decision.” Sadly Barbara Windom passed away shortly after the Garbers arrived. Both said they are so glad to have known her.

One would suspect that the holistic community of Santa Fe would have played a large role in their decision, but Stuart insisted that it was the horses. “There’s a fantastic alternative health scene here, which I have become a part of, but it really was the horses. I love all animals and Helen was horse crazy since she was a little girl. We rode on occasion together over the years and she rode a bit more on and off.” One day Helen approached Stuart and said, “Hey, what happened to horses in our lives?” 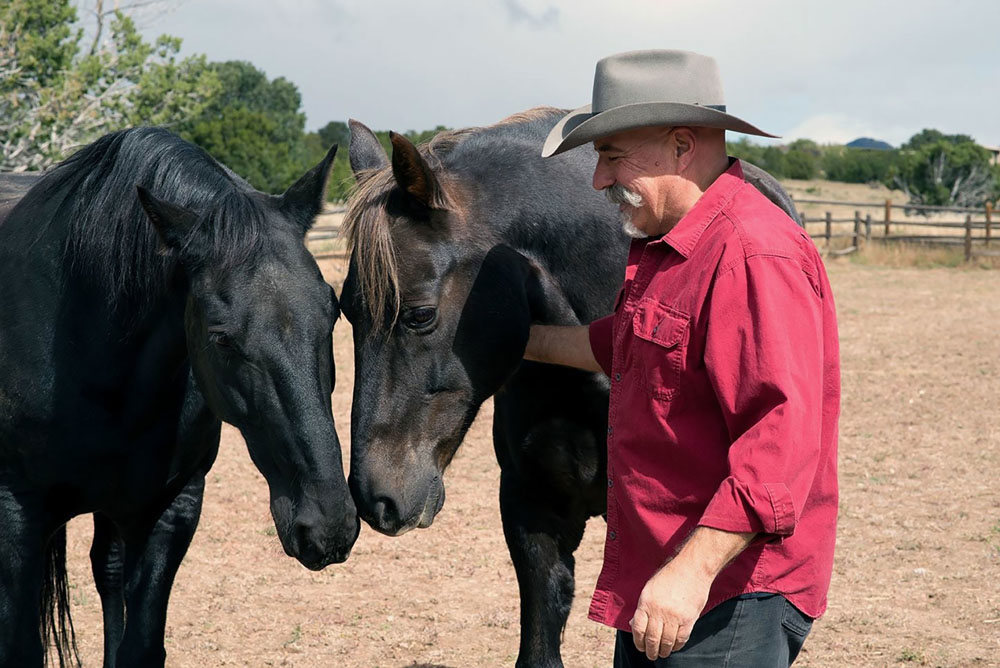 Soon the reevaluated their lives and landed in Santa Fe. Now with horses of their own, Helen said they were excited to be part of a thriving equestrian community and support horse organizations. “Stuart joined the board of NMCTR, the local equine assisted therapy organization. He even went back to school at age 63 to learn animal chiropractic to create remedies for horses and dogs. He adjusts our animals now and it is amazing on how well they respond to his work.”

With no signs of retirement in sight, Stuart’s professional life is now split between running the product businesses, doing on-line homeopathic and functional medicine consultations, adjusting small animals at a veterinary clinic one day a week, and driving from barn to barn adjusting horses. He has lectured for the American Veterinary Chiropractic Annual Conference in Tucson on natural healing for Navicular Syndrome, a painful condition found in horses. His animal line of remedies has bees well received locally. The Garbers are supporters of equine organizations such as The Horse Shelter, and the Northern New Mexico Horseman’s Association, and Stuart is on call for Hipico, a horse eventing organization. 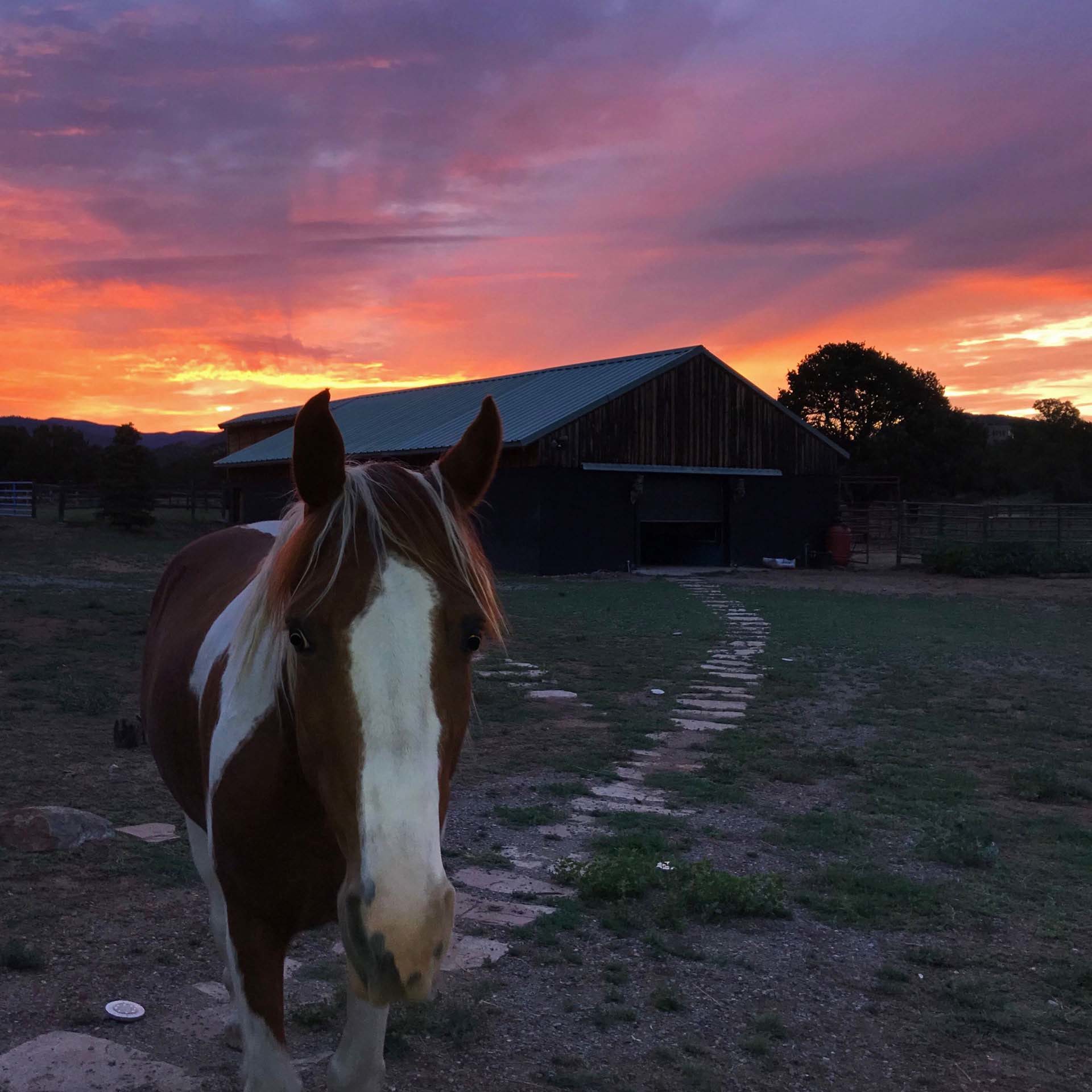 Finally when asked after living in Santa Monica (2 blocks from the beach) for so long, was oceanside atmosphere missed, Stuart replied, “I do miss a lot of people. We stay in touch, long phone call and, of course, Facebook. But I no longer miss the place. Santa Fe is known as “The City Different” and it really is. The sky in Santa Fe is amazing. Like a Magritte painting. We gave up the big ocean view but got the big sky view instead.” https://www.drgarbers.com  https://maxwellpet.com

Read my article about Helen’s art HERE or go to the Art Talk drop-down on the Arts Page ion the Stories Section of ETG. http://www.helenkgarber.com

For more info about Santa Fe, visit the official tourism website at https://santafe.org/ 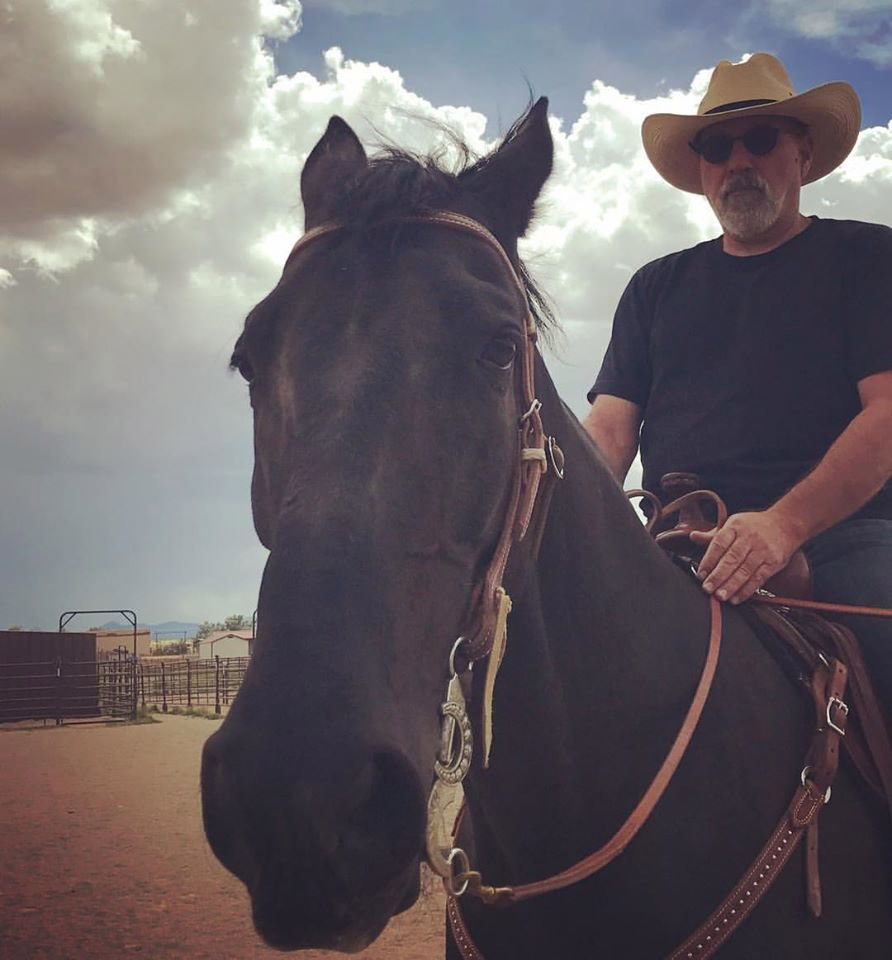