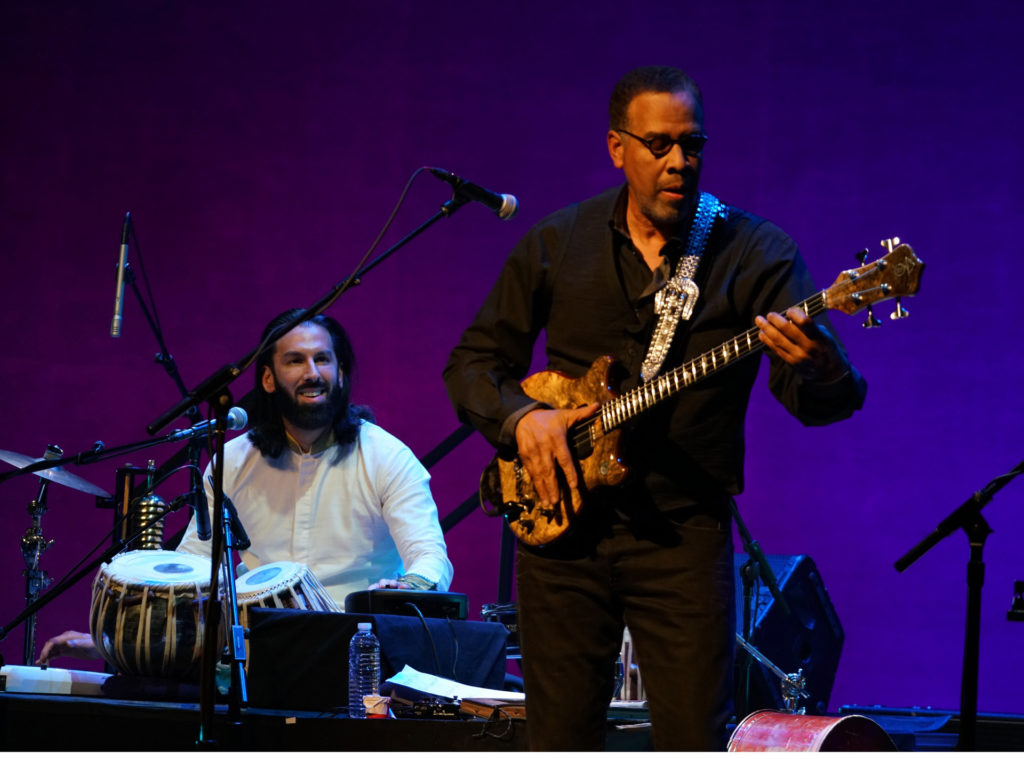 Wherever you live in the world, if you appreciate extraordinary musicianship and have an open mind, you need to see bassist Stanley Clarke live. While my high school friends were listening to chart topping pop, I was listening to progressive rock, jazz and jazz fusion. So, it was over 30 years ago when I discovered Stanley Clarke. Return to forever was one of my favorite bands, and Stanley was a big reason why. Listen to “Romantic Warrior” and you will hear a genuine turning point in music history, when the bass virtuoso took his jazz mastery and melodic chops from playing with virtually all the top jazz band leaders of the early 70’s (Art Blakey, Dexter Gordon, Stan Getz) to teaming up with Chick Corea for an experiment which resulted in gold albums, sell-out concerts, and a bass-forward sound which influenced most bass players who followed.

When asked about the future of jazz, Clarke explained his perspective, stating that “Jazz will do just fine. Up or down, I think there will always be instrumentalists with the desire to improvise, and the jazz language is the best language to improvise from.” In the 1970’s Stanley stepped way out front on stage. These days, he lays back a bit, encouraging the new generation of masterful improvisationalists to discover and explore.

For his most recent performance at the Broad Stage in Santa Monica, Clarke performed with one of the world’s top tabla players (Salar Nadar) and three young risings stars of Jazz (Cameron Graves, piano and keyboards, Beka Gochiashvili, piano and keyboards and Jeremiah Collier, drums). Asked about his selections of band members Clarke said. “I like Beka Gochiashvili. He is a tremendous talent from the country of Georgia. He has great solo piano skills much like Keith Jarrett… I believe in Cameron Graves. He”s a wonderful visionary. His music is really unique and if you look deep into it it has all the foundations and principles of good composition and improvisation. For those who don’t already know, Graves is part of the West Coast Getdown, a jazz collective which launched Kamasi Washington and virtually every member of the group into the limelight and into jazz history. The Westcoast Getdown musicians have supported each other in the creation of modern jazz, which draws from virtually everything that has come before while somehow moving boldly into the future. Yes, jazz will do just fine 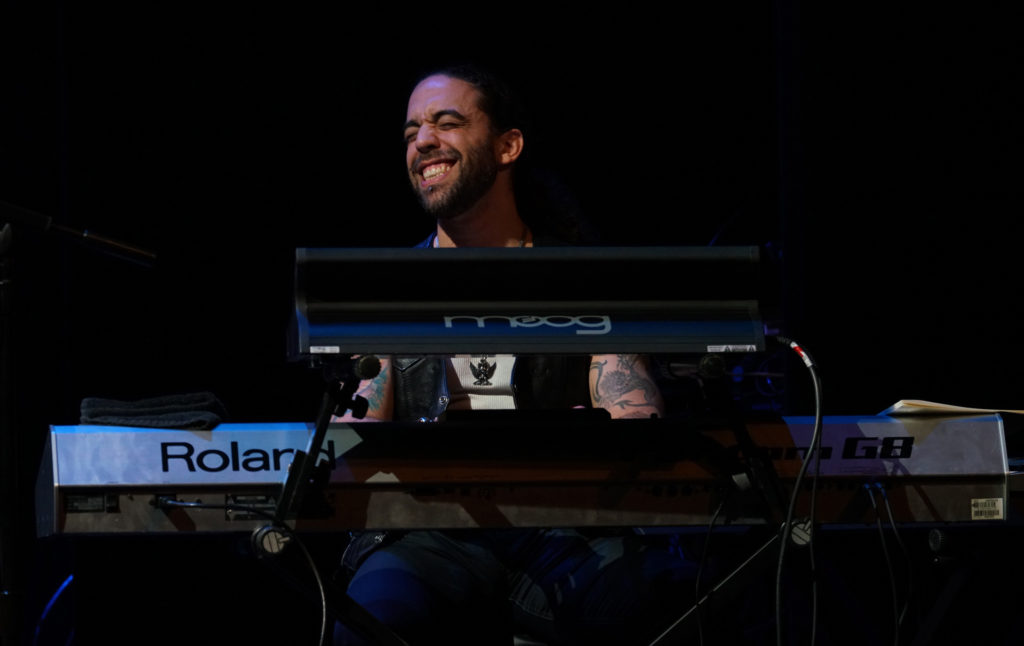 Cameron Graves during a passionate solo

But Stanley brought more evolutionary musical experimentation to stage by inviting the Los Angeles-based Lyris Quartet to add their violin, viola and cello elements to the mix. The combination was not as risky as I imagined it would be when they first took the stage, but the sound was absolutely gorgeous. After performing String Quartet in F minor by Ravel with stunning perfection the band broke Clarke’s the Last Train to Sanity, where the quintet’s presence texturally expanded the frenetic composition and dazzled the audience.

While Stanley’s compositions, and his selection of songs, are at times very structured and precise, improvisation is clearly at the center of his live performances. There were moments during his improvisations when every musician on stage seemed completely transfixed by Clarke, as if they were soaking up a music lesson and absorbing inspiration from a master. The band played compositions from Charles Mingus, George Duke and Chick Corea along with the beloved Stanley Clarke composition School Days.

For those not so familiar with Clarke and his music, who just went because they love the Broad Stage, have an open mind and appreciate great musicianship, the show was obviously a big hit (judging from the crowd reaction). No one sounds like Stanley Clarke on the bass, and it seemed like everyone in the venue got taken on journeys with the jams. Dazzling improvisational solos from the young guns kept things moving in unexpected ways, while Clarke sat listening intently and smiling at the future of jazz. https://stanleyclarke.com/ https://www.thebroadstage.org/