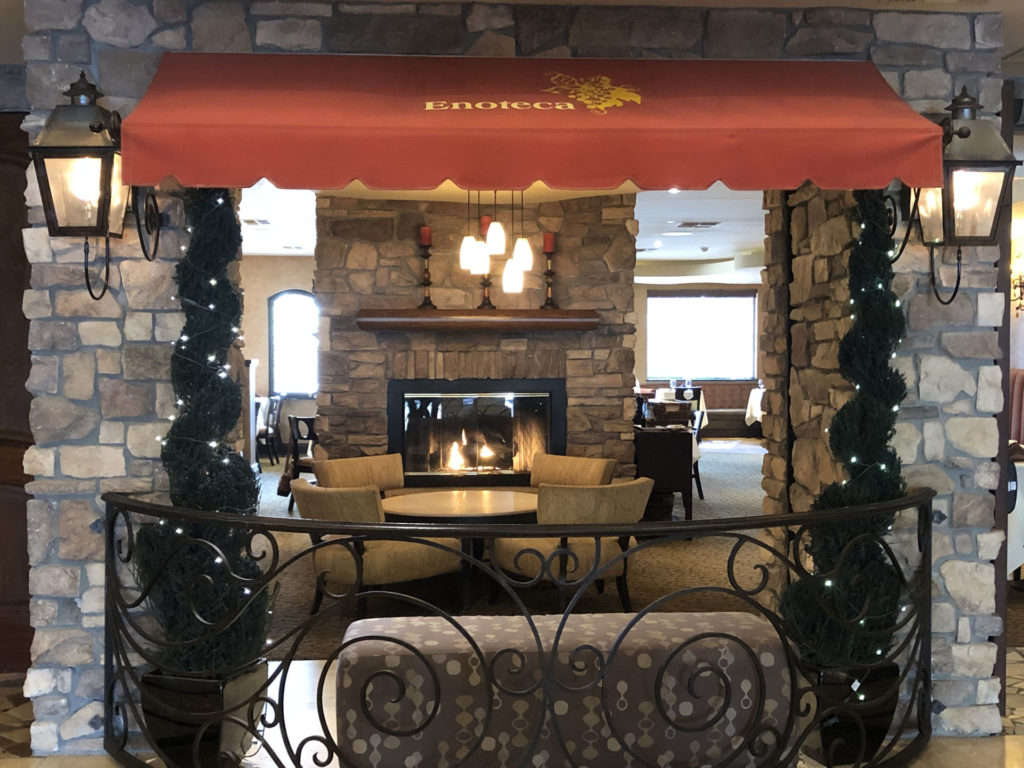 On a weekend trip to Paso Robles, we found a gem of a restaurant called Enoteca located in the hotel that we were staying at…La Bellasera Hotel & Suites. Despite being in wine country, our server Daniel Bruen (also the bar manager) sold us on cocktails. Bruen knows the Enoteca menu well, but he is also a cocktail connoisseur. After discussing what types of liquor we preferred, he was gone and back in a flash with two beautiful cocktails. I was impressed with his enthusiasm at first, then his talents after I sipped my Cranberry Rosemary Mule (Double Cross Vodka, lime, ginger beer, cranberry juice, fresh cranberries, sugared rosemary). For my husband he prepared a Cuban Old Fashioned (The Real McCoy 10 year rum, orange bitters, luxardo Cherry, turbo syrup, orange peel). Both offered modern interpretations on classic cocktails. 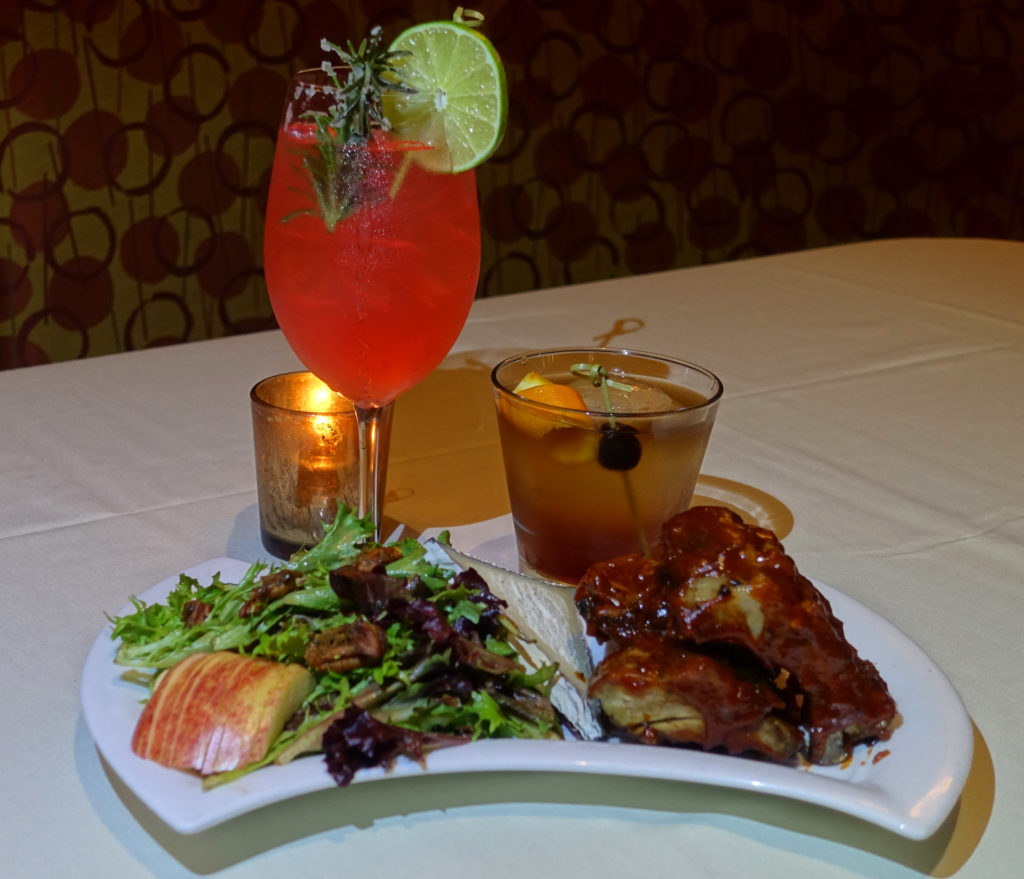 For an appetizer, we decided on the Barbecue Guava Baby Back Ribs. It was so tasty…the supple meat fell off the bone. The marinade was sweet to taste – a great accent to the fresh salad with candied walnuts and apple…I especially enjoyed the Bermuda goat cheese.

My favorite entree was the Aleutian Islands Halibut (coconut jasmine rice soy glazed vegetables pineapple curry cream). It had a crusty outside with a delicious flake inside. The eclectic mix of vegetables which included shiitake mushrooms peppers, and onions were perfectly grilled. 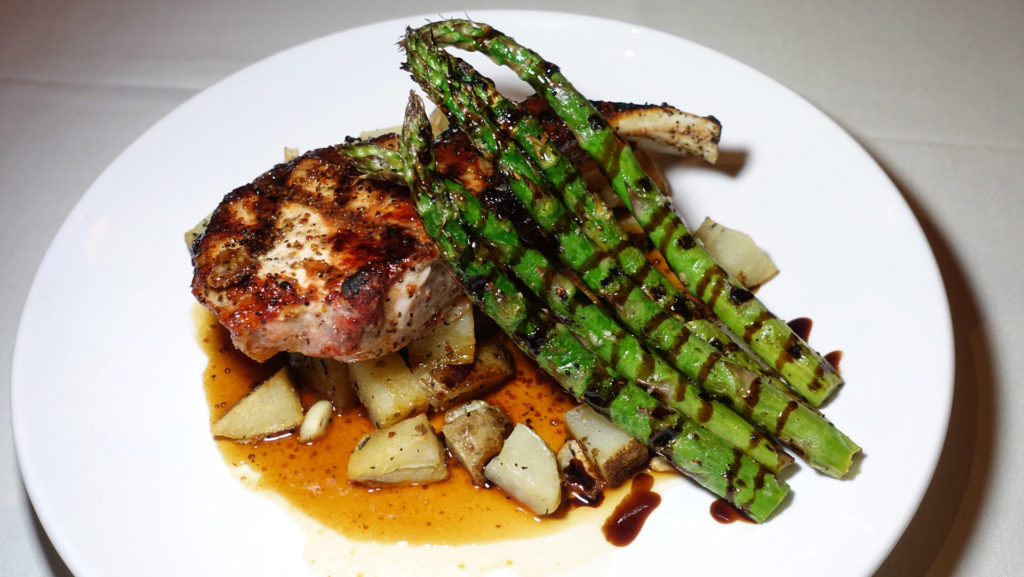 Our server recommended the Grilled 14-ounce Double Cut Pork Chop (sherry mustard glaze Tuscan potatoes grilled asparagus) much to my husband’s delight. He is a big meat eater, and absolutely loved it. The pork was tender and the sherry mustard glaze complimented both the pork chop and the potatoes. The asparagus had a beautiful crunch and a tasty balsamic drizzle. 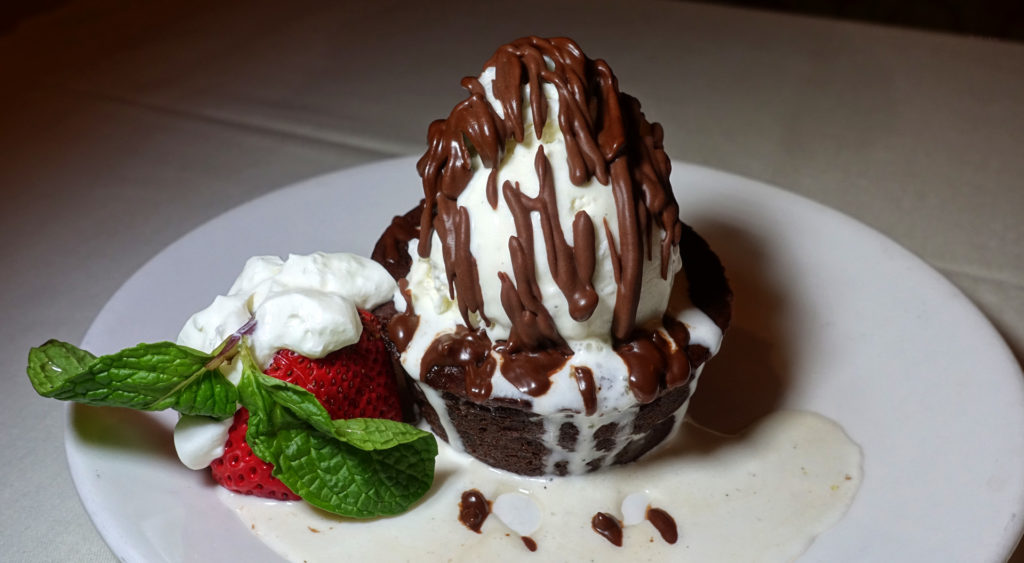 The warm Callebaut chocolate cake (with ice cream) was fantastic. The cool vanilla ice cream melted into the warm goey center and became one. The chocolate drizzle on top was an added indulgence to celebrate the end of a scrumptious meal. To find out more about Enoteca, visit https://www.labellasera.com/enoteca-restaurant