Within the past few decades, Japanese food – specifically sushi – has amassed a huge following all over the U.S. and specifically in Southern California. This was evident at the Japanese Food Festival which I recently attended. Presented by the Japanese Food Culture Association, the event attracted foodie fans from all over Los Angeles. I spoke with many who attend each year without fail. I also had the chance to speak with Amie Ichikawa, administrator of the Sushi Chef Institute. Ichikawa has worked with Chef Andy Matsuda, chief instructor and CEO of the Sushi Chef Institute for the past one and a half years. 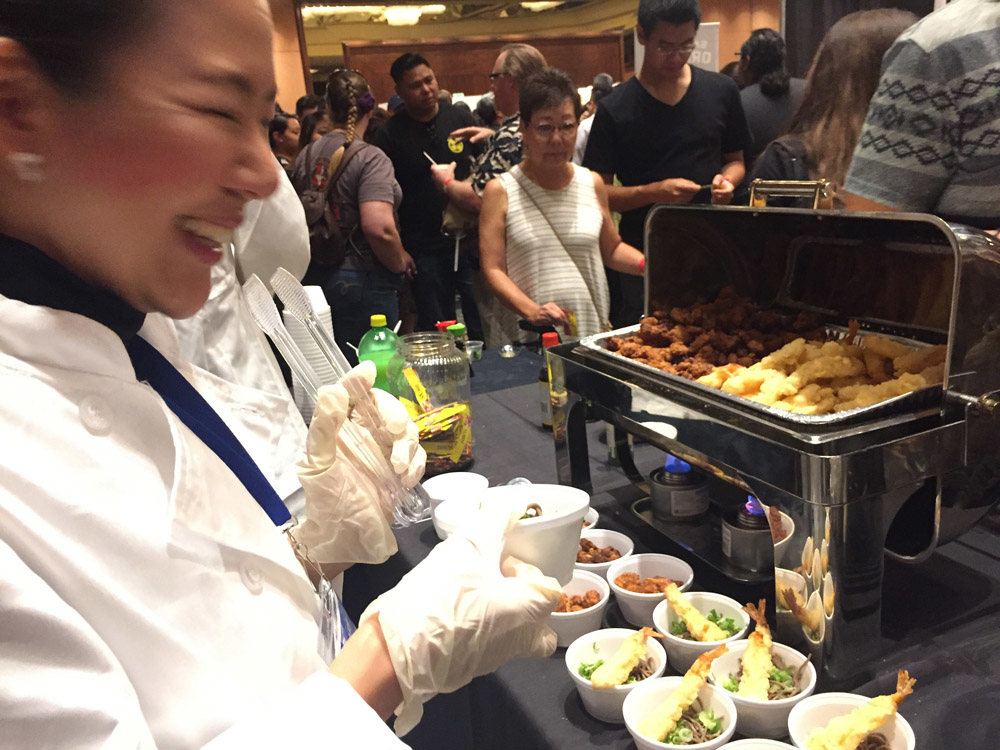 Ichikawa worked closely with JFCA/JRA to help produce the event. “Chef Andy has been involved in the festival for three years,” explained Ichikawa. “The Japanese Food Festival is important because it’s an opportunity for the JFCA/JRA and its members to help others embrace the Japanese food culture. As Japanese food becomes more mainstream, we feel like it’s important to educate the public about the flavors of Japan and all of the various food and drink products available.” http://www.sushischool.net/

The event featured all types of Japanese food – of course sushi was a mainstay, but cooked fish was featured along with sticky rice and seaweed salad. Needless to say, I spent quite a bit of time in the sake area Japanese beer area. Sake and beer tastes were available from Hakutsura, Kurosawa, Takara Sake, Kirin, Sapporo, etc.

Takara Sake USA, located in Berkeley, California, is an offshoot of Takara Shuzo which was first founded in 1842. Although Joshua Seto (Key Account Sales Manager) has been part of the Takara Sake USA team for just a few months, he worked for its primary distributor for several years prior to officially joining the company. “I am a licensed Sake Sommelier and currently work to develop the Southern California retail market along with my primary responsibility of managing Takara’s industrial foodservice sake and Mirin market nationwide.” 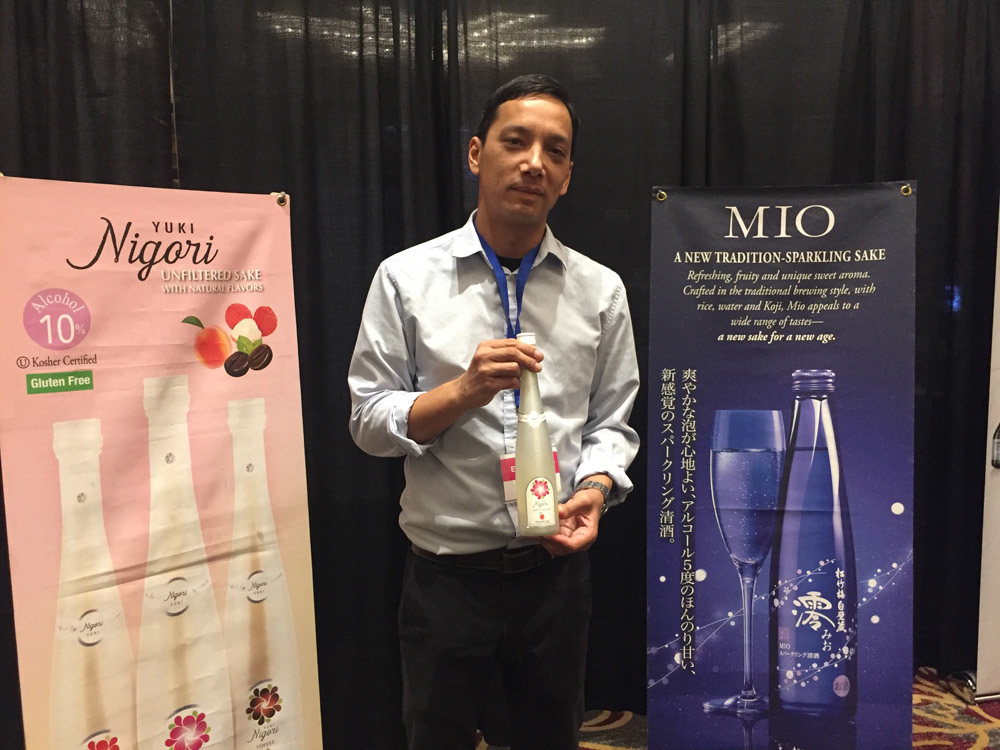 The company featured its non-traditional sake products at the festival. The Mio sparkling sake was divine. Also on hand was the flavored Yuki Nigori line – Lychee, White Peach, and Coffee – which were delicious. I tried all of them. The coffee was my favorite and an utter surprise to my taste buds.

“MIO was the most popular and completely sold out at the festival,” said Seto. “It is a champagne-like product that is light and refreshing that has really taken off in Japan. It is one of the products we make in Japan and import to the US. We have been making it for about four years now and it has grown tremendously in Japan and is gaining ground in America as well.”

You can find MIO in Japanese grocery stores such as Nijiya, Marukai, Mitsuwa, Uwajimaya as well as specific stores in Southern California’s Whole Foods Markets. http://takarasake.com 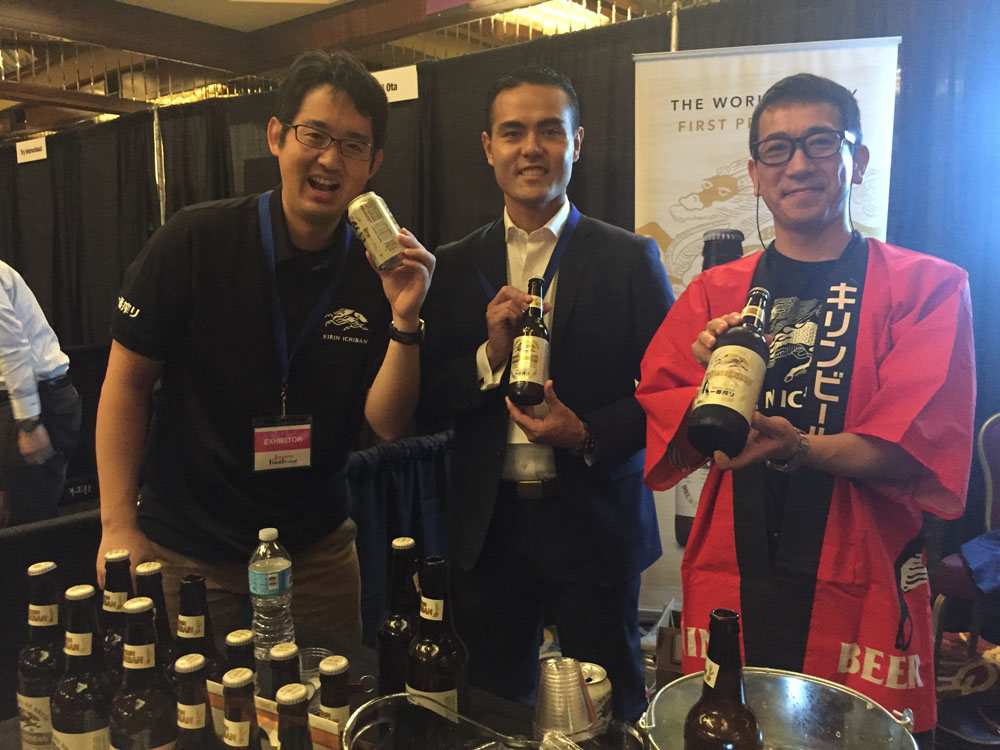 Okamura went on to say that Kirin Ichiban is brewed in LA and Williamsburg, VA and was the most popular beer that he served at the festival. It can be purchased at local Japanese food stores, restaurants, and bars. http://www.kirin.co.jp/

Ocean Group Inc. offered a wonderful assortment of sushi which included Kabosu Buri, Japanese Tai, Big Eye Tuna, Jejudo Halibut, and Bakkafrost Salmon. The fish was fresh and melted in my mouth. Here I met Jin Kim (sales representative) who explained it was the first time the company participated in the JRA Food Festival. “I’ve been at this company for the last three months, but I am lucky enough to be surrounded by experts who have been in the business for more than 30 years.” 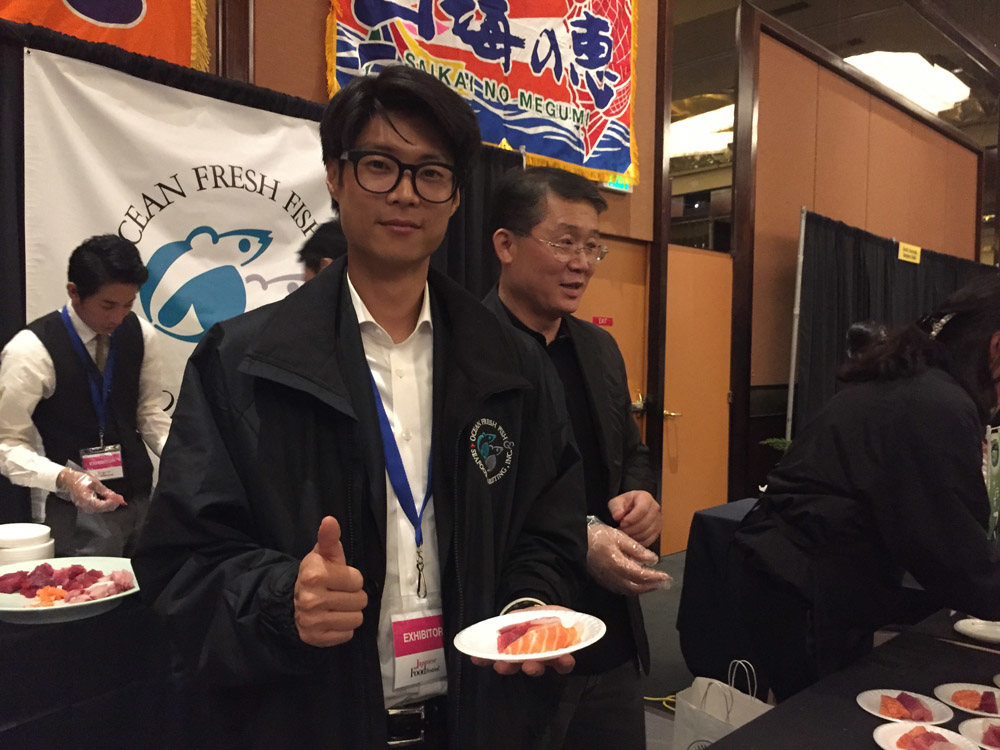 Ocean Group Inc. is a wholesale seafood distributor who works with many restaurants in Southern California, such as Kiriko sushi, Asanebo Restaurant, and SushiStop, as well as restaurants in San Diego and Las Vegas. http://www.oceanfreshinc.com/

Be sure to check out the Japanese Food Festival website to attend in 2017. If you like sushi and live in Southern California…this is the place to be. https://japanesefoodcultureusa.org/