Born and raised in Cincinnati, Ohio, Ave Pildas has been a photographer for over forty years. The photographer has exhibited in solo shows at Contemporary Arts Center, Cincinnati, Photographers Gallery, London, Janus Gallery, Los Angeles, Gallerie Diaframma, Milan, Cannon Gallery, Amsterdam, Gallerie 38, Zurich, etc. His photographs are included in the collections of the Museum of Modern Art, New York; the Bibliotheca National, Paris; the University of Arizona as well as numerous other public and private collections. 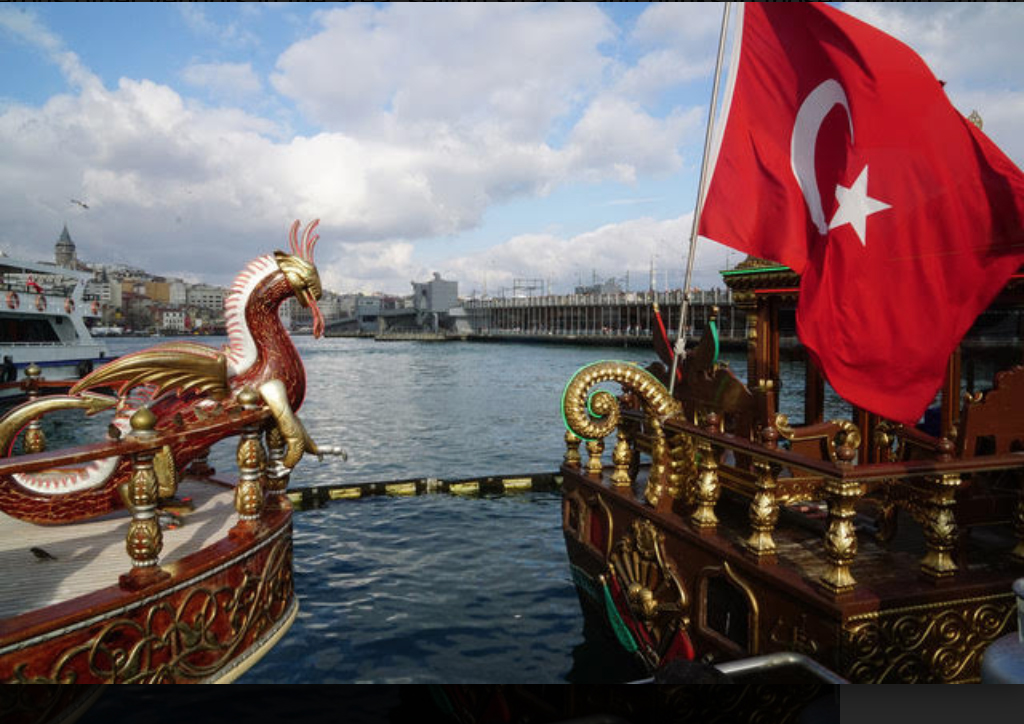 “I took this image of the Balik-ekmek Fish Boats on the Golden Horn side of the Galata Bridge when I traveled to Turkey in 2016. Our initial plans were to spend a short time in Istanbul before traveling to Cappadocia, a city known for its unusual structures that are often carved into the mountains or rock. These plans, however, were scuttled due to a bombing in Ankara, a transfer point to Cappadocia. Instead we were forced to spend two weeks in the Istanbul area. I learned much about the city in those two weeks, and although the trip was very much worth it, I regret not making it to Cappadocia. Somewhat ominously, there was a bombing in Istanbul the day after we left to come home. These ornate boats are actually floating restaurants serving fish sandwiches and they do a land-office business. The food was very fresh, and we ate lunch there many times during our trip. Another photo on my website features locals partaking in the sandwiches. The boats are docked at the edge of the Eminonu Pier, a popular tourist site and gathering place for the locals of Istanbul. An endless parade of people enjoy the numerous other vendors in the area, selling snacks and drinks to those coming and going to the surrounding mosques. The bridge itself connects Europe and Asia, making Turkey the gateway to the Middle East.”

Find out more about the photographer on his website – http://avepildas.com/