The Hollywood Bowl presents Tchaikovsky Spectacular with Fireworks each year. This is an annual event not to be missed. This is a review of a 2021 performance. If you are visiting LA, be sure to catch a concert at the Hollywood Bowl…add fireworks to that, and you’ll never forget it. Visit out Destinations Section for more info about the Hollywood Bowl. CLICK HERE for direct link.

When I arranged to review a night of Tchaikovsky performed by the LA Phil, I had no idea it would double as a comedy show. I heard that Maestro Bramwell Tovey was witty but had no idea how funny he would be. One can’t help but think of a classical conductor as perhaps a bit stuffy…not the case here. 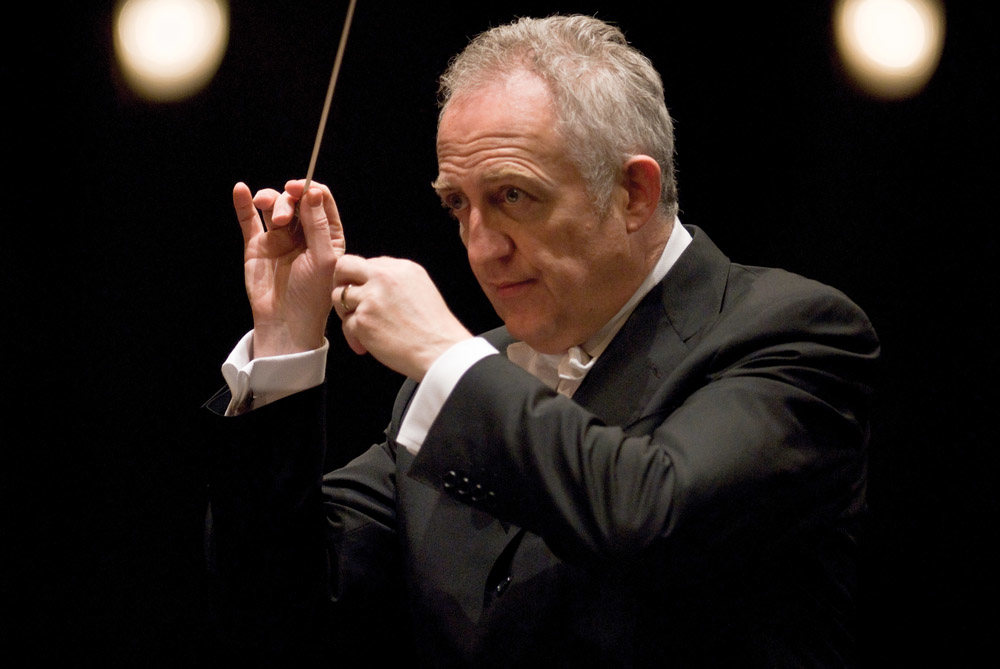 Maestro Bramwell Tovey, photo by David Cooper; courtesy of the Hollywood Bowl and the LA Phil;

Tovey is a GRAMMY® and JUNO award-winning conductor and composer overseeing this annual event since making his debut at the Hollywood Bowl in 2003. He is the Principal Conductor of the B.B.C. Concert Orchestra, based in London, U.K. He is also the Artistic Advisor of the Rhode Island Philharmonic (since 2018).

Tovey began by telling us how happy he was that this pandemic nonsense is over. Then he joked “of course once we go into the wings of the stage, we’ll all be donning a hazmat suit.” Next he informed us that we were all here to listen to Tchaikovsky, and that he was sorry the composer would not be here. The crowd loved him. He was warm and so down to earth. A wonderful educator, he explained what to expect throughout the evening, what to listen for within the composition, and how specific instruments were used by Tchaikovsky to instill dramatic effects.

Soon the glorious music commenced with all its grandeur. Tchaikovsky is one of the great Russian composers. I have only positive things to say about the LA Phil. This orchestra is comprised of some of the most talented musicians in the world. The night opened with an exquisite performance of Capriccio Italien, Op. 45.

Tovey provided a description of the second piece – Romeo and Juliet Fantasy Overture – once again utilizing his humor to set the stage. He pointed out the common thread between the legendary story of the struggle between the Montagues and the Capulets and our everyday life. He was sure many of us may want to do what Romeo did – “run a sword thru one of his wife’s relations.” 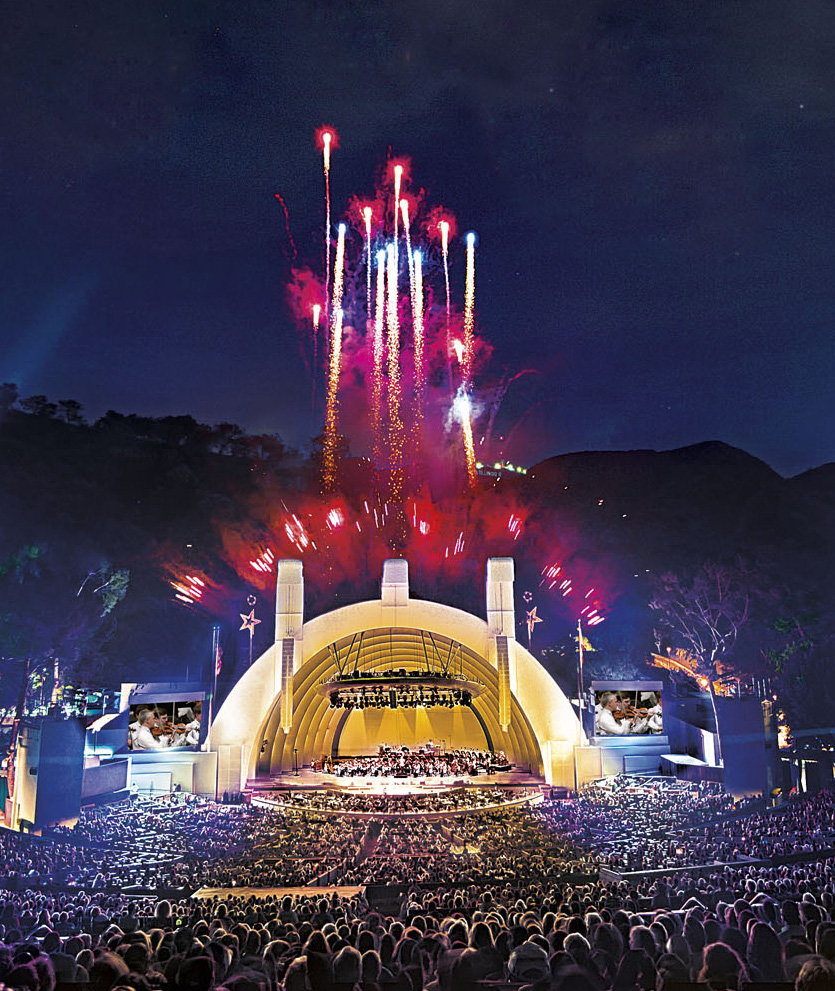 The breathtaking sound of strings and oboe brought me back to a performance I experienced at Lincoln Center (NYC) as a young child. My imagination was brought to life, as the french horns represented Romeo, while the delicate flutes brought Juliet to life. I was lucky enough to visit the arts center as a child quite often, and Tchaikovsky’s music left an indelible mark on my life. Attending “the Nutcracker,” which Tchaikovsky is most well known for became an annual venture. Melodies have their own memories for so many of us. The nostalgia was palpable. It was fantastic to sit in the open air at the bowl on a summer night listening to such beauty.

After intermission, Tovey reminded us that we were here to listen to Tchaikovsky again, just in case we did not remember…more laughs from the audience.  Finally Tovey would introduce the last musical work of the night with several minutes of hilarious patter. Telling us the 1812 Overture had nothing to do with when the White House was burned down in 1812. And as a Brit, he felt bad for that. He also announced that the USC Trojan Marching Band would be coming to the stage, along with several off-color jokes (use your imagination).

Once again, he described what we would hear throughout the composition…the violas, the cannons (no animals would be hurt in the process). He cajoled “if you want to heighten a tragedy, write a viola solo.” The finale was extraordinary. There is nothing like the 1812 Overture to bring a show to a climax. Add to that the swell of the robust sound of the prestigious USC Trojan Marching Band, and you have a truly uproarious production.

I would be remiss if I did NOT mention the famed fireworks at Hollywood bowl which were literally spectacular. Pyro Spectaculars (Paul Souza Technical Director and Lead Designer) is a fifth generation family business working with the Hollywood Bowl for decades. It was a stupendous show!

What a wonderful night. We enjoyed a brilliant performance by the LA Phil, a comedic conductor (Maestro Bramwell Tovey), an introduction to an exceptional talent (Sterling Elliot), as well as an incredible fireworks show. If you have NOT yet experienced a show at the bowl, with fireworks…what are you waiting for?