On June 8 & 9, 2019, the 41st annual Playboy Jazz Festival was held at the Hollywood Bowl. Hosted by comedian George Lopez, the two-day extravaganza featured a wide variety of cross-over jazz…there was literally something for everyone 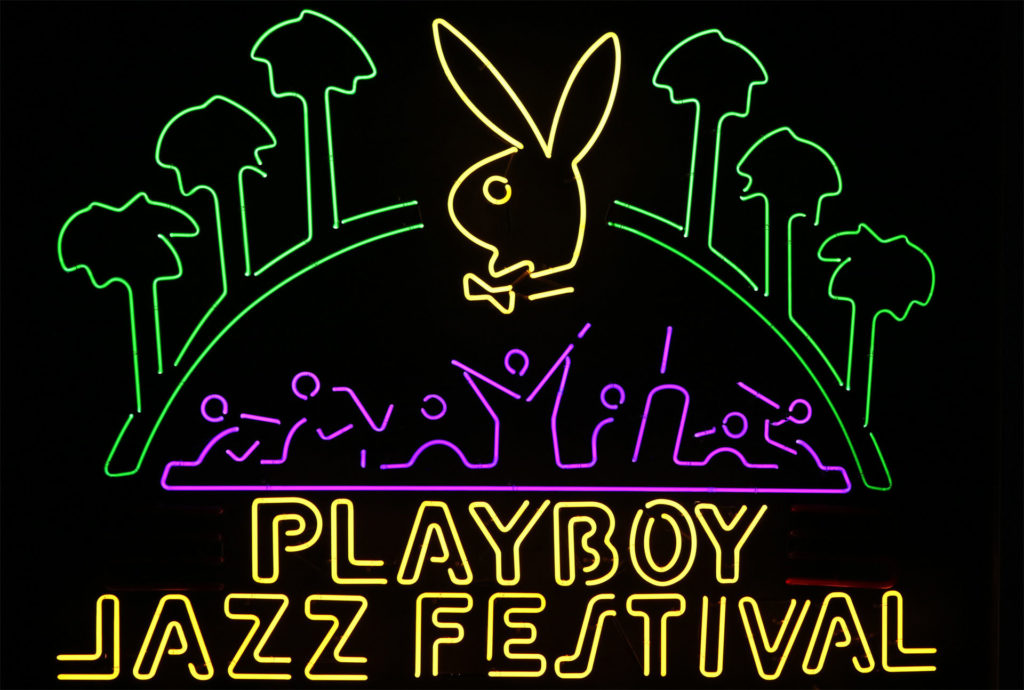 All Photos by Craig T. Mathew and Greg Grudt/Mathew Imaging; Photographs are taken by Craig Mathew at the Hollywood Bowl, courtesy of the Los Angeles Philharmonic Association

The genre of jazz has led a varied and diverse life. Many believe the original roots of jazz began with the classical icon Claude Debussy (born in 1862), whose symphonic masterpieces traveled across key signatures. While some insist it started with Charles “Buddy” Bolden (born in 1877 in New Orleans), one cannot deny the contribution that Louie Armstrong (born in 1901) made to the genre. All of these so-called Fathers of Jazz had a profound effect on their offspring through the generations. 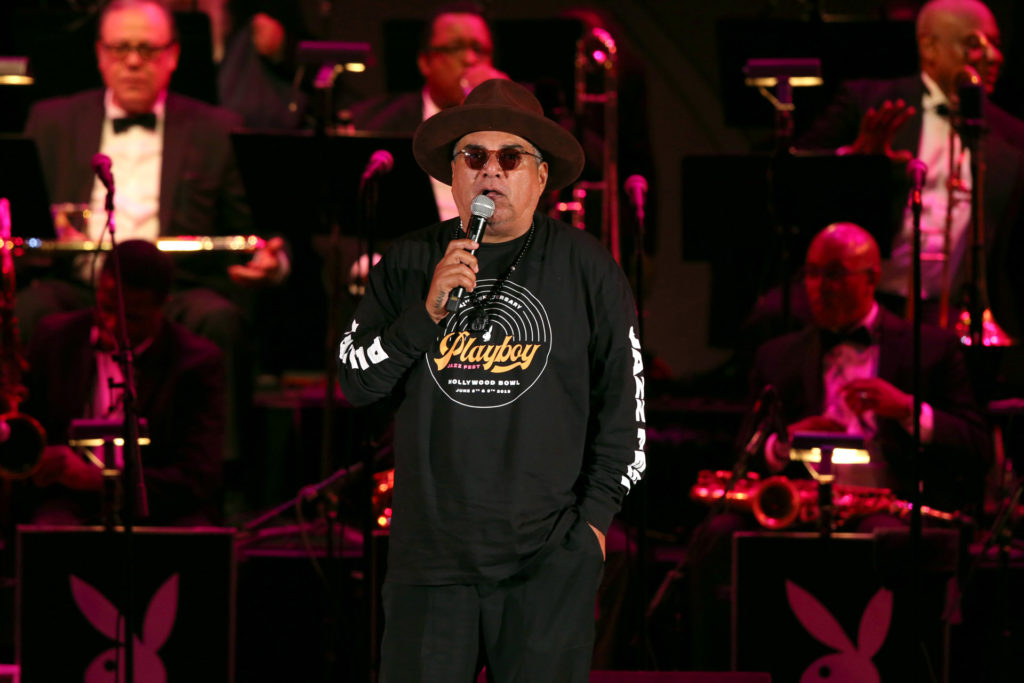 All Photos by Craig T. Mathew and Greg Grudt/Mathew Imaging

The appropriation of music is not a new occurrence. Famous riffs have been re-worked, along with chord progressions, hooks, improvisations, and bass lines. Jazz has consistently evolved and mutated over the years, resulting in the creation of distinct labels for various styles (i.e. classic, modern, New Orleans, African, Latin, and fusion.) Seeing firsthand how these broad genres often collide, infuse and develop has always been fascinating to me. The Playboy Jazz Festival is a celebration of just that, with a party atmosphere, and lots of bunny ears thrown in. 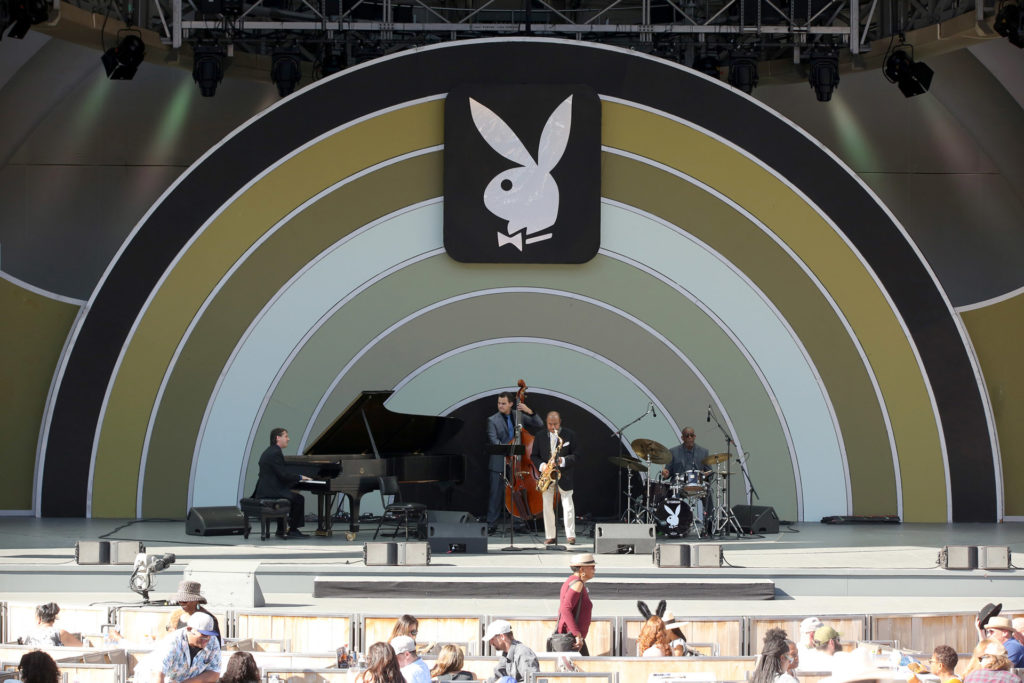 I was lucky enough to attend both days. Here are some highlights. Classic jazz was provided by Benny Golson’s 90th Birthday quartet (Day 1), and the Cookers (Day 2). Both featured top notch players who have been around the jazz block! Jazz fusion was prominent on the first day with exceptional bands such as Terrace Martin, Terrance Blanchard and Béla Fleck and the Flecktones (who have been together for thirty years). The latter interjected bits of country and blue grass (due to Bela Fleck’s master banjo playing), along with some bass driven funk by Victor Wooten, Jeff Coffin, and Future Man.) Terrence Blanchard (Grammy winner/Oscar-nominated) and the E-Collective was incredible, featuring special guest Quiana Lynell, who took it to a spiritual level with a stirring gospel tune. 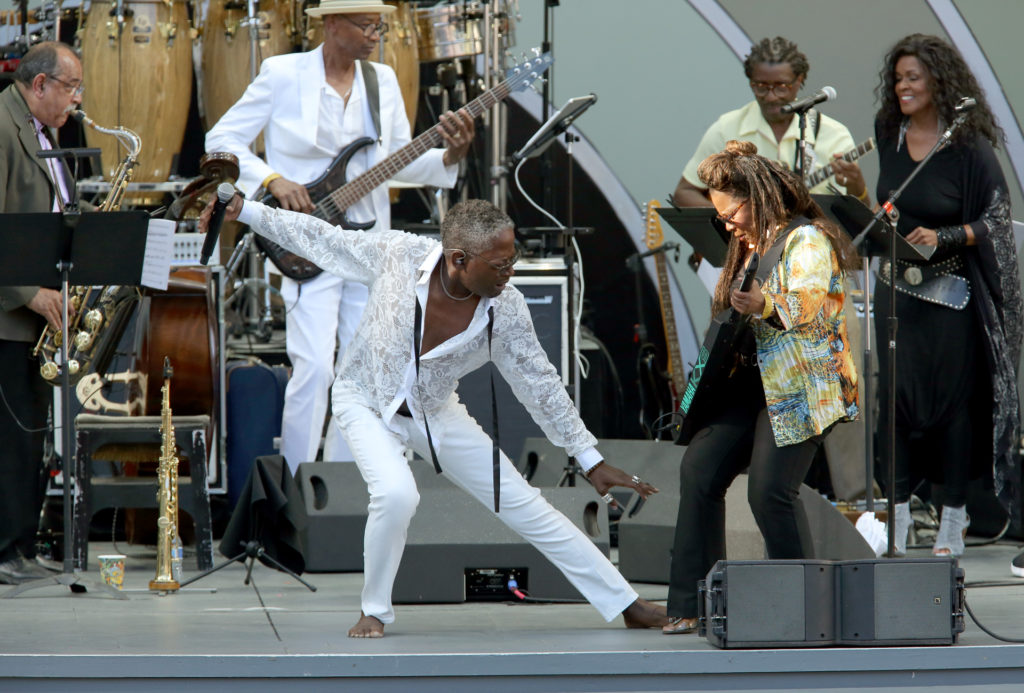 Legendary musicians (Patrice Rushen, Ernie Watts, Alphonso Johnson, Terri Lyne Carrington, and more) joined together for a performance to celebrate Ndugu Chancler. The late iconic drummer crossed all kinds of musical boundaries. Vocalist Josie James gave an exciting performance, along with T.C. Carson, who danced through the bridge portion of the front proscenium of the stage. He revved up the audience while dancing with George Lopez…who would consistently show up to dance with the performers throughout the weekend.

More excitement was created by a surprise visit from Sheila E (who was slated to perform later in the evening). The audience leapt to their feet, cheering. She encouraged audience participation in both her surprise appearance and her very danceable set later in the evening. She also paid a touching tribute to Prince (who would have just celebrated his 61st birthday). 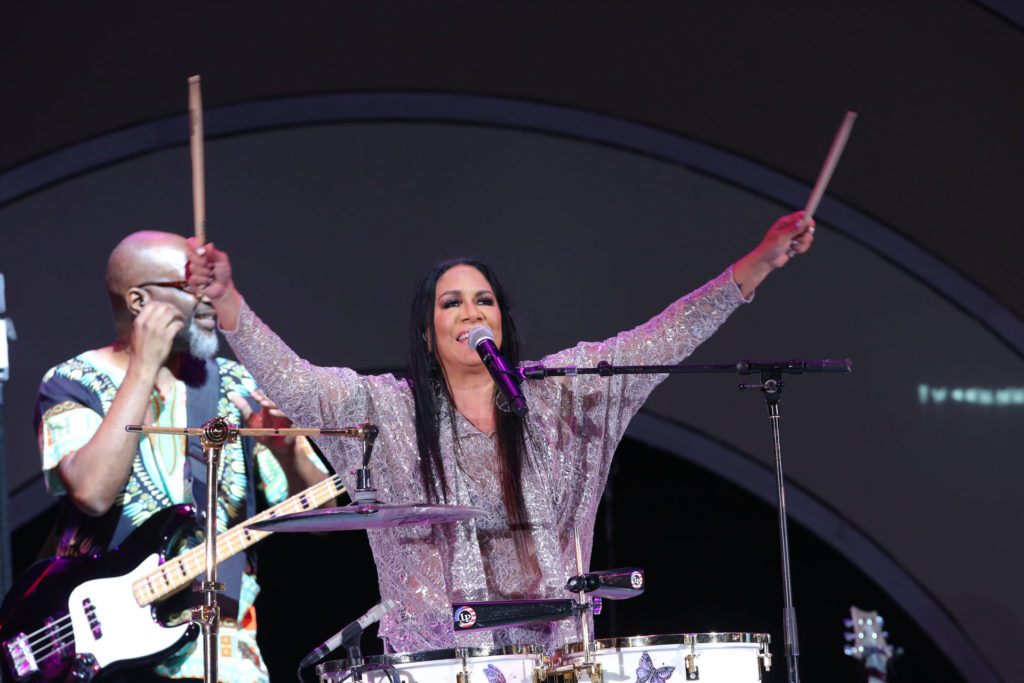 Sheila E, the Queen of percussion…spreading the love

Throughout the weekend the bands shared their own voices of jazz. Having fun, my companion and I traded new names for some of the styles, such as sci-fi jazz for Béla Fleck. When Grammy-winning African singer/songwriter Angélique Kidjo (Day 1) began with a Caribbean quality…we called it Island jazz. The sound would soon morph into an entirely different vibe. Her energy was matched by her colorful wardrobe. She was phenomenal. 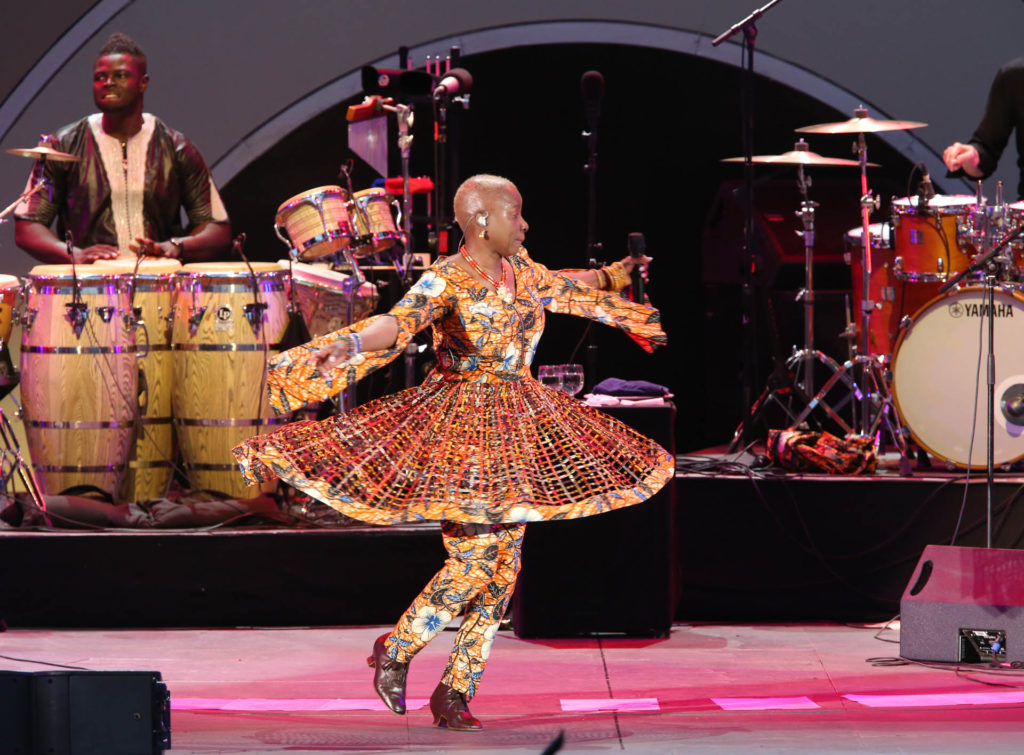 She performed three Talking Head songs (explaining how the band brought African music to the mainstream). One rendition offered a “James Brown” vibe…with loads of funk. Her vivacious spirit came through as she danced on the bridge off the front proscenium…as always George Lopez joined her…firing up the crowd. The energy on stage was infectious.

Closing out the first day of the festival, Grammy Award winning band Kool and the Gang kept everyone on their feet. This iconic band brought us some funky pop Jazz…offering high energy renditions of “Celebration,” “Ladies Night,” “Jungle Boogie,” and more. 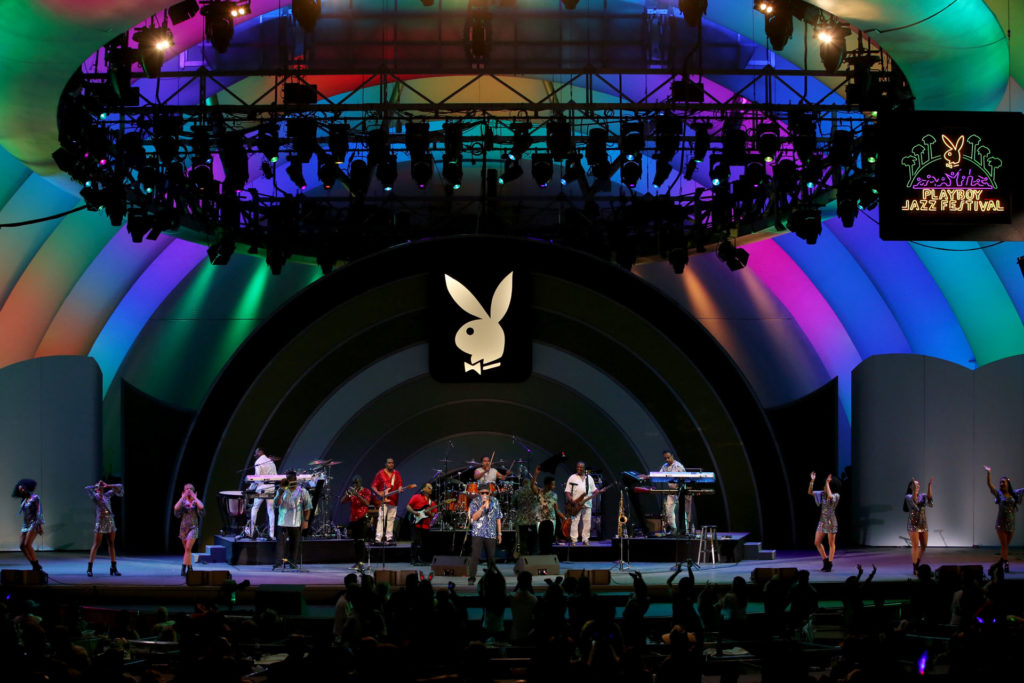 Kool and the Gang brought the house down

Day two proved to be just as exciting. Latin Jazz was artfully represented by the López-Nussa Quartet, who enticed the audience to get up and move…early in the day.

Although there were a few bands such as Donny McCaslin (Day 2) that were a bit too avant-garde for me. Referring back to our nifty nicknames, we called it Scottish metal jazz…due to the keyboard player’s choice of chords on one chaotic song. However, the very next musician/singer would provide a completely different variety of jazz. Sona Jobarteh wowed us with her musical prowess, playing a remarkable instrument called the kora, (a large stringed instrument from Africa), as well as guitar. Her voice stood on its own. It is quite rare that a woman would play a kora because of deep rooted tradition. Just before introducing the next act, Lopez joked, “I think I bought cotton candy from that instrument.” 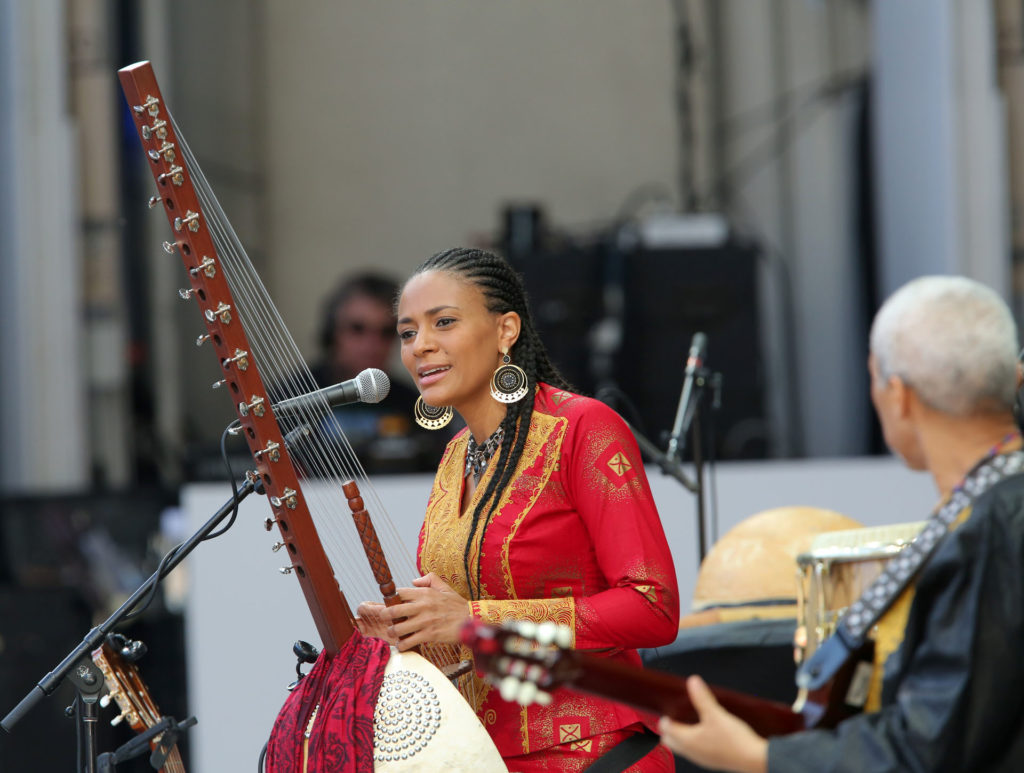 Sona Jobarteh plays the Kora and wows the crowd

Dirty Dozen Brass Band was definitely a crowd pleaser. The band paid tribute to the late Dr. John with a song titled “The Old Rugged Cross.” The crowd rose to their feet waving white napkins (handkerchiefs) in New Orleans tradition. The audience went wild over an amazing drum solo by Julian Addison, as well as the beautiful full flavor provided by trombonist T.J. Norris. 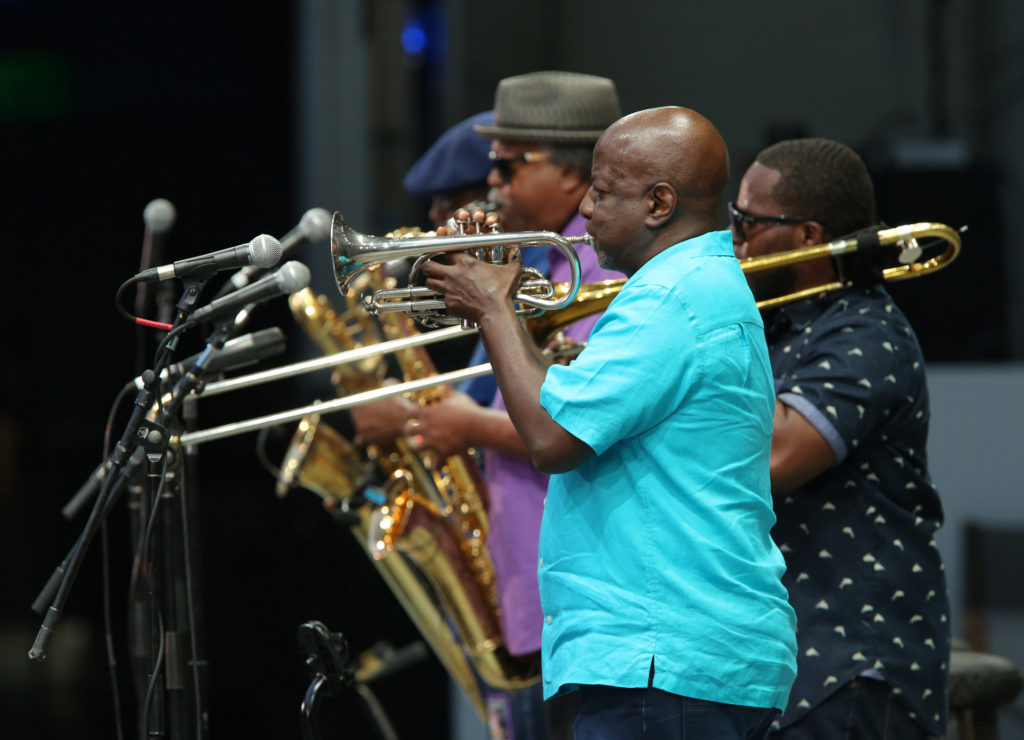 Throughout the weekend, the rotating stage offered a seamless transition between acts. Many of us were excited to see a performance by Grammy winner Maceo Parker. Finally the stage turned, to reveal the grandeur of his big band…steeped in tradition. Maceo Parker took to the stage to pay tribute to Ray Charles after his band opened with an instrumental. Instead of picking up his saxophone, he headed straight to the microphone and sang a rousing rendition of “Georgia on My Mind,” The crowd cheered relentlessly. I have always loved him as a musician, but had no idea what aincredible singer he was. Parker has had a long and formidable career that included being James Brown’s right hand man and saxophonist. 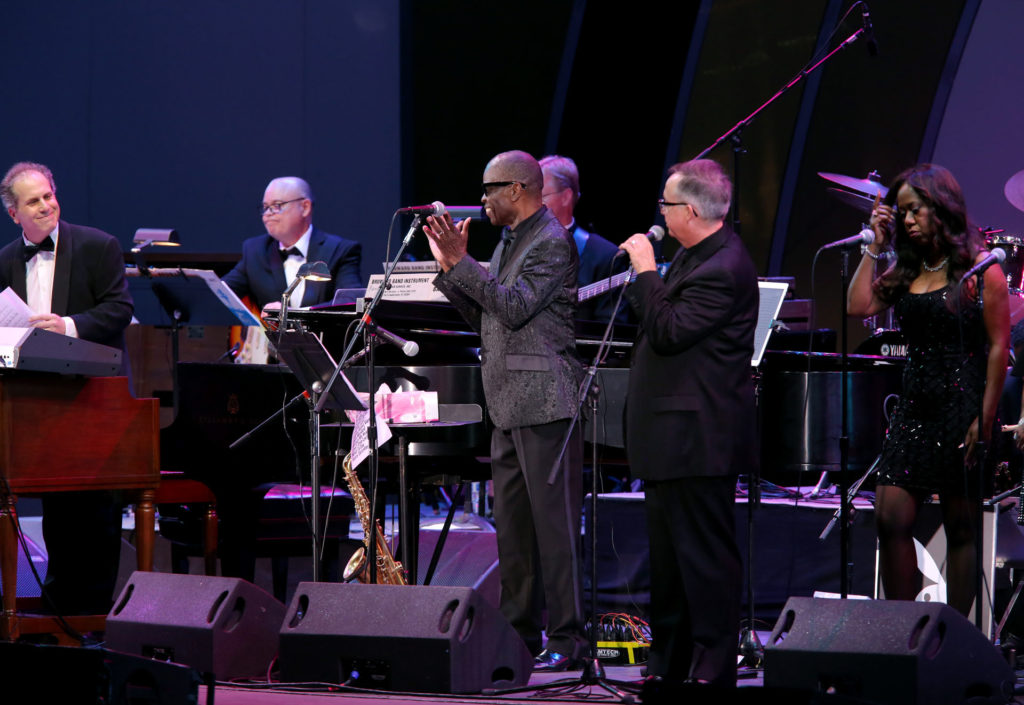 It was a beautiful tribute. It felt as if Ray Charles was back with us celebrating jazz at the Hollywood Bowl. The following day June 10, 2019 would mark the fifteenth anniversary of the legend’s passing. According to the conductor (Steve Sigmund), every person on that stage had worked with Ray Charles at one time or another. He gave a shout out to Ray Charles Junior, who was in the audience.

The evening was soon coming to an end with Grammy Award winner Boz Scaggs playing many of his hits, such as “Georgia,” “Lido shuffle,” etc., to a roaring crowd. He looked and sounded amazing. At 75 years old (he just celebrated a birthday), Scaggs is still performing and writing new music. He eloquently covered a soulful blues tune, “The Feeling is Gone,” by Bobby “Blue” Bland. 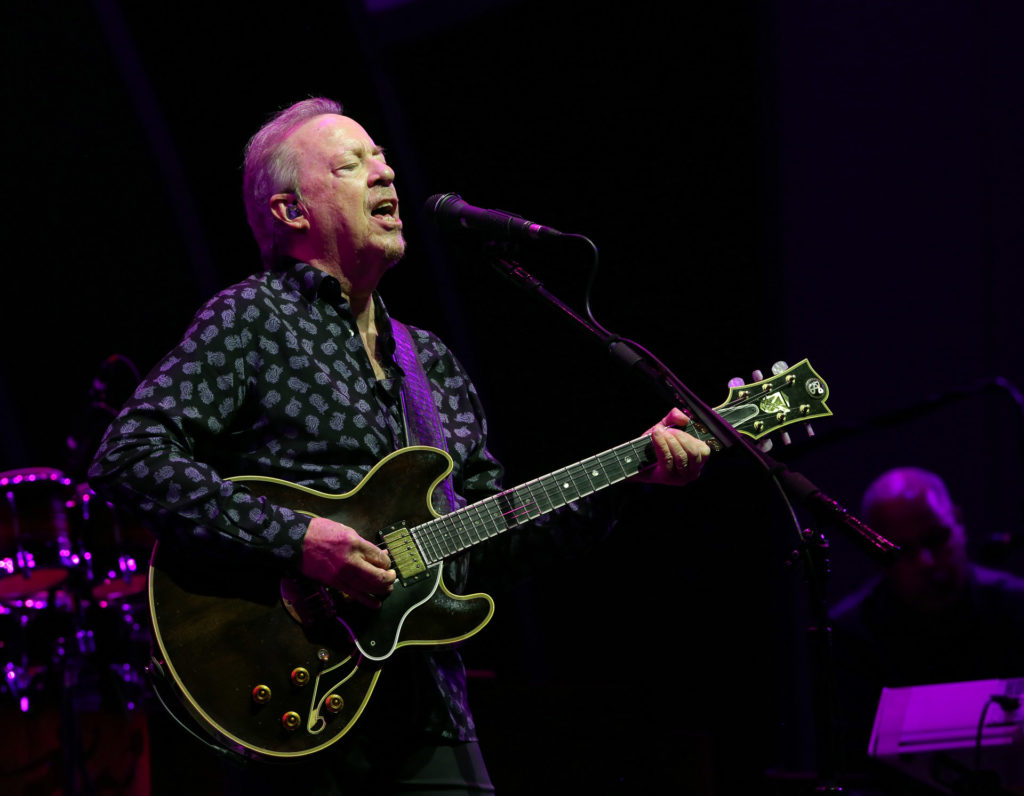 The Family Stone was the final act of the two-day music festival. Featuring original member, saxophonist Jerry Martini, it felt as if we were back in the 70’s. The bowl was alive with twinkling bunny ears. Everyone was up on their feet, and dancing. This legendary band played memorable songs “Everyday People,” “Dance to the Music,” and lots more. It was a fabulous ending to an incredible show. 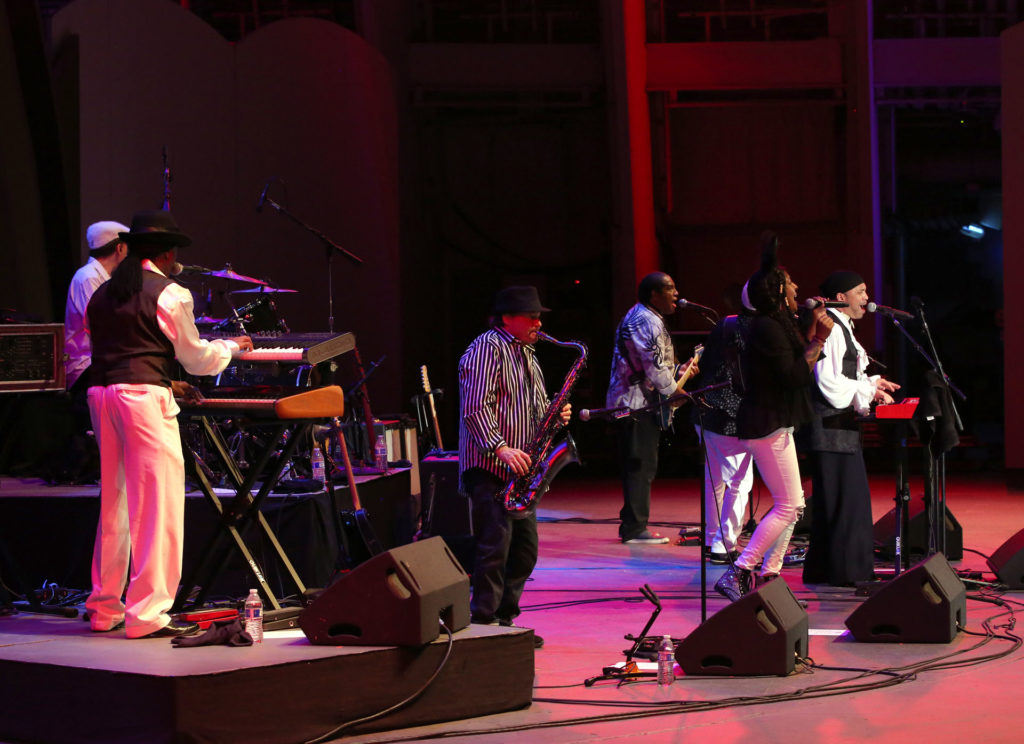 It was an amazing two days chock-full of talent…there truly was something for everyone. George Lopez kept the momentum going with his dancing and comic interludes. Don’t miss this music party next year. Be sure to check the Hollywood Bowl website – https://www.hollywoodbowl.com

This article was originally published on LAArtParty.com; All Photos by Craig T. Mathew and Greg Grudt/Mathew Imaging; Photographs are taken by Craig Mathew at the Hollywood Bowl, courtesy of the Los Angeles Philharmonic Association