Documentary photographer J.J. L’Heureux made her first trip to Antarctica in 2000, and fell in love with its beauty, history and its inhabitants. She has returned each year. 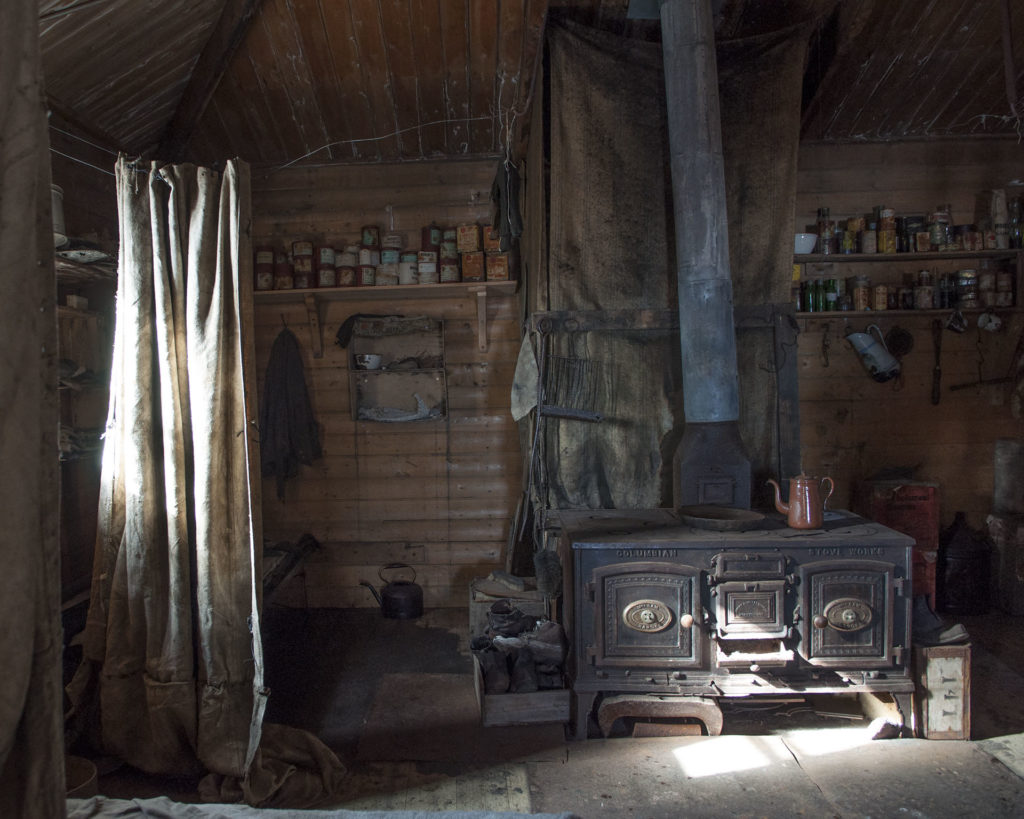 “Antarctica is a very large continent that I continue to explore for the specially adapted animals and history. The photograph you are looking at was taken on my first visit to Shackleton’s Hut, Cape Royds. To succeed in getting to such places as Cape Royds in the Ross Sea involves a long and difficult sea voyage as well as the high probability that one will not be able to land due to conditions such as sea ice or terrible weather. Once having landed there is a long, uphill climb in icy and windy conditions past a huge Adelie Penguins colony. The small, unpainted hut is at the end of this struggle as it was for Shackleton and the men who lived there for more than a year. Upon entering the hut, I immediately found no light. Someone had opened the shutters on one of the windows but it was cloudy. My previous experience of photographing in the Southern Ocean had light, often 24 hours of light. The weather was changing quickly and I was given 5 minutes in the hut. Excited to be standing in this place I decided to enjoy my time and look at the boots, beds, cans of provisions and environment. I took a few photos but without a tripod I knew I would not be successful. Just as I was leaving a stream of sunlight came thru the window illuminating the stove. This was and continues to be my treasure from this expedition. Fortunately I have had the opportunity to revisit Shackleton’s Hut on 4 more expeditions but his stove will always be my personal favorite.”

L’Heureux is also an artist known for her white-on-white color field “landscape” paintings inspired by her yearly expeditions to Antarctica. Her work has been exhibited extensively in galleries and museums across the globe. For more info about J.J. L’Heureux, visit her website – https://www.jjlheureux.com