This year (2020), L.A. Louver celebrates 45. The prominent Los Angeles art gallery has mounted prestigious exhibitions featuring iconic artists such as David Hockney, Ed Moses, Charles Garabedian, Terry Allen, Ed and Nancy Kienholz, and more. Founding Director Peter Goulds has also strategically molded the careers of Gajin Fujita, who he’s been working with since 1988 (fresh out of college), and Alison Saar among others. For more info about Alison Saar, go to ETG’s Destination section, under the Visual Arts drop-down on the Arts & Entertainment, or CLICK HERE for a direct link. 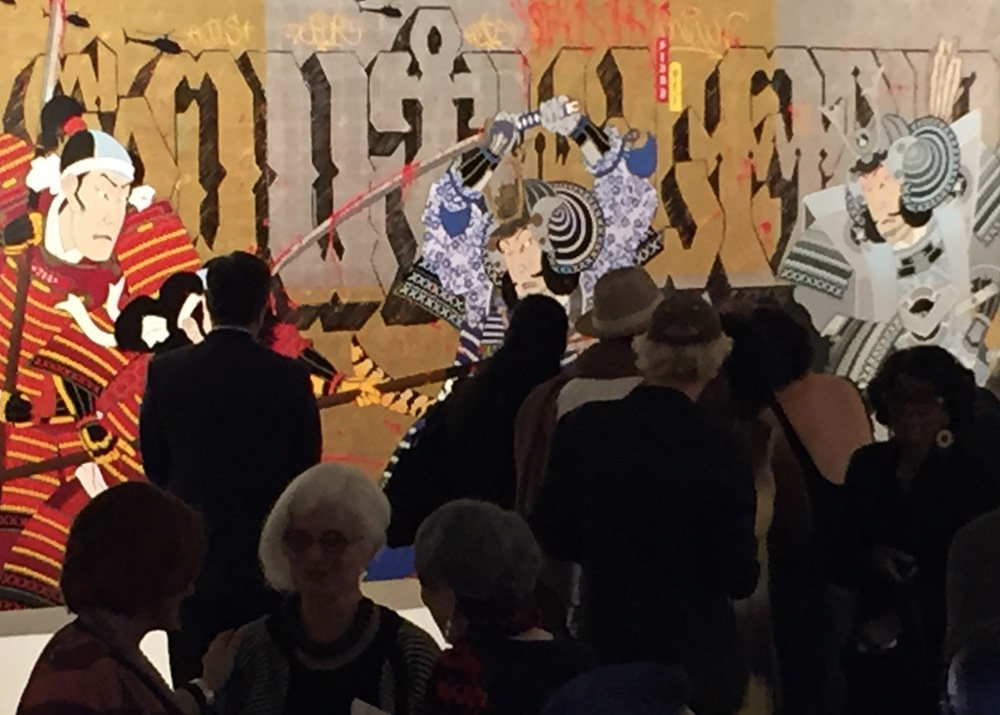 Goulds married his wife Elizabeth in 1975 (the same year that L.A. Louver would open). At that time, they combined their efforts as a team, building the gallery while Elizabeth worked as a printed textile designer. Peter did not take a salary for the first six years. He originally came to LA in 1972, when he was lured by UCLA with a teaching job. He wanted to create art films, but h is love of art and artists would take him in a different direction. He would become a well respected art dealer.

This interview took place during the Covid-19 pandemic in 2020. See a more in depth article about the gallery, and how it is dealing with the health crisis on our sister site LAArtParty.com – CLICK HERE for direct link. 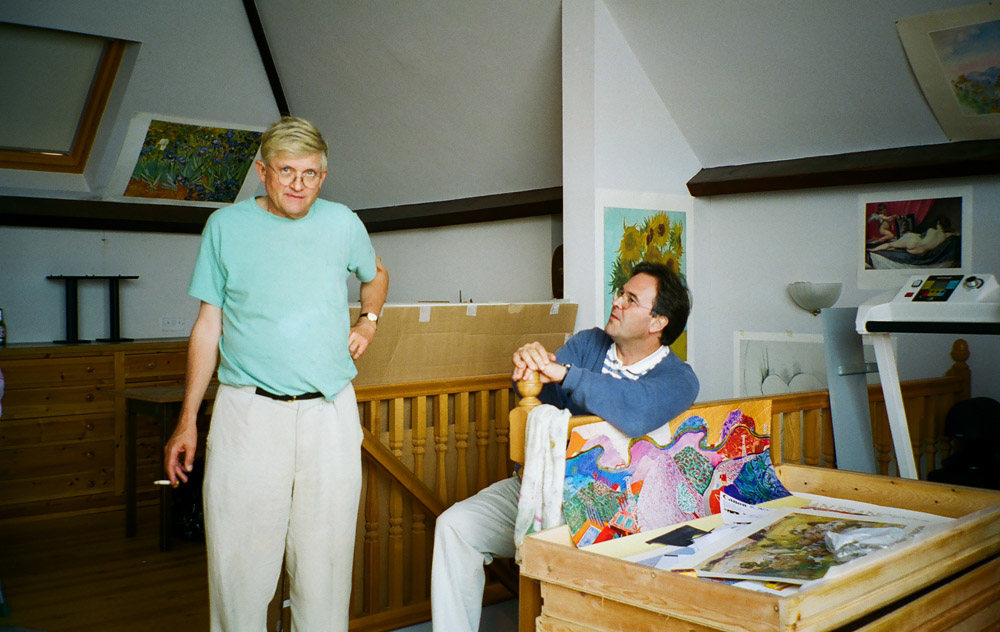 Q: What was LA like when you first arrived in the states?
A: When I came here in 72…what was here? The Getty wasn’t. The county museum was only ten…eleven years old. MOCA didn’t exist. It’s great that the museums have grown through this same period of time. So our exhibition program has been expanded.

Q: How so?
A: Our reach internationally has been expanded. When I started, local artists couldn’t be seen in relation to the peers from any other parts of the world. Even in museums, it was rare. They didn’t have budgets for that. In the beginning, I said, when we can afford it, if the time ever comes, we’re going to try and create an international program that puts local artists who we prioritize into an international context. Now this is de rigueur. You have to do that in order to be credible. Now we are at another crossroads where that concept has been expanded to become standard practice, if you will for a successful gallery or a successful museum. But at what price?

Q: Prior to the pandemic, How often did you normally travel?
A: My whole life I’ve traveled somewhere every month. We take annual holidays, we always have. 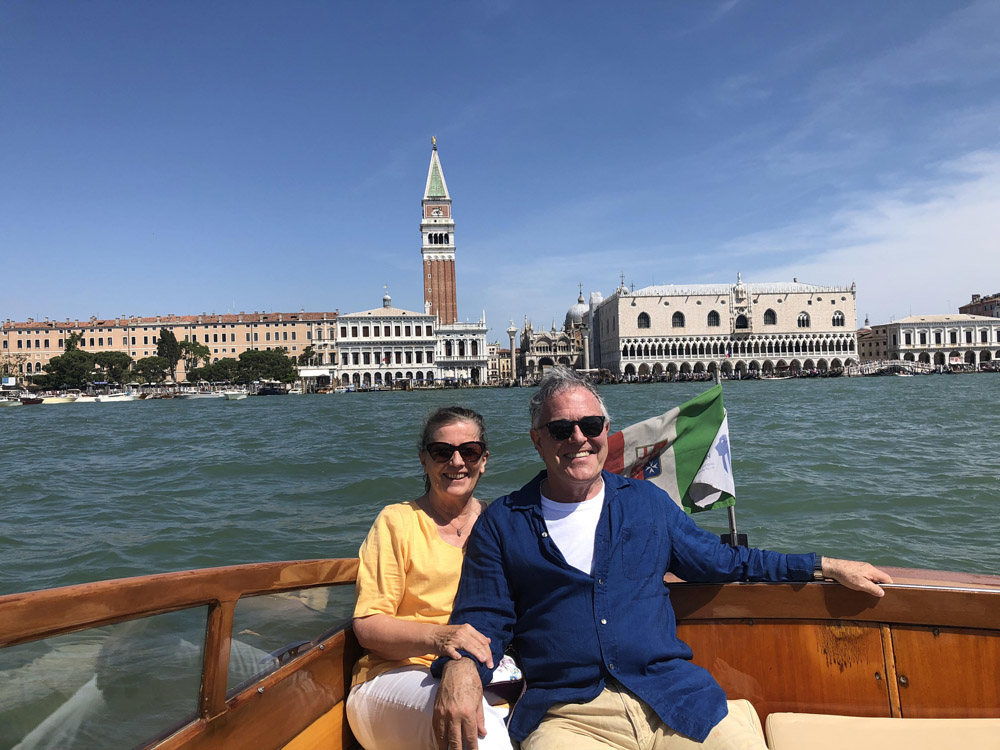 Q: What is your favorite country?
A: The European country I adore the most is Italy. Any chance to go to Italy was always taken.

Q: Is there another place that you’d like to see now?
A: The country I miss the most, and I haven’t been for a few years now, is Australia.

Q: Why is that?
A: Australia is a mysterious continent. I’ve been there many many times, exploring extensively. I have some of my dearest friends in Australia. And I’m in constant correspondence with them. I miss visiting. I like the Southern Hemisphere, generally.

Q: What is your favorite city?
Different cities for different things.

Q: What city is most conducive to artists, and creativity?
A: That’s a good question, because it changes all the time. Depends on the art school system that is in-play at that moment I think. In my 45 years of being in business, and don’t forget my whole life I’ve been in art school environments. I went to art school when I was 16. I think the art school system is the conduit for identity of artistic achievement in any one given period of time.

Q: Why is that?
A: Because of the teachers that are employed – and it’s less so today because artists now can often, (if they are lucky) have successful financial careers to accompany their artist achievements. 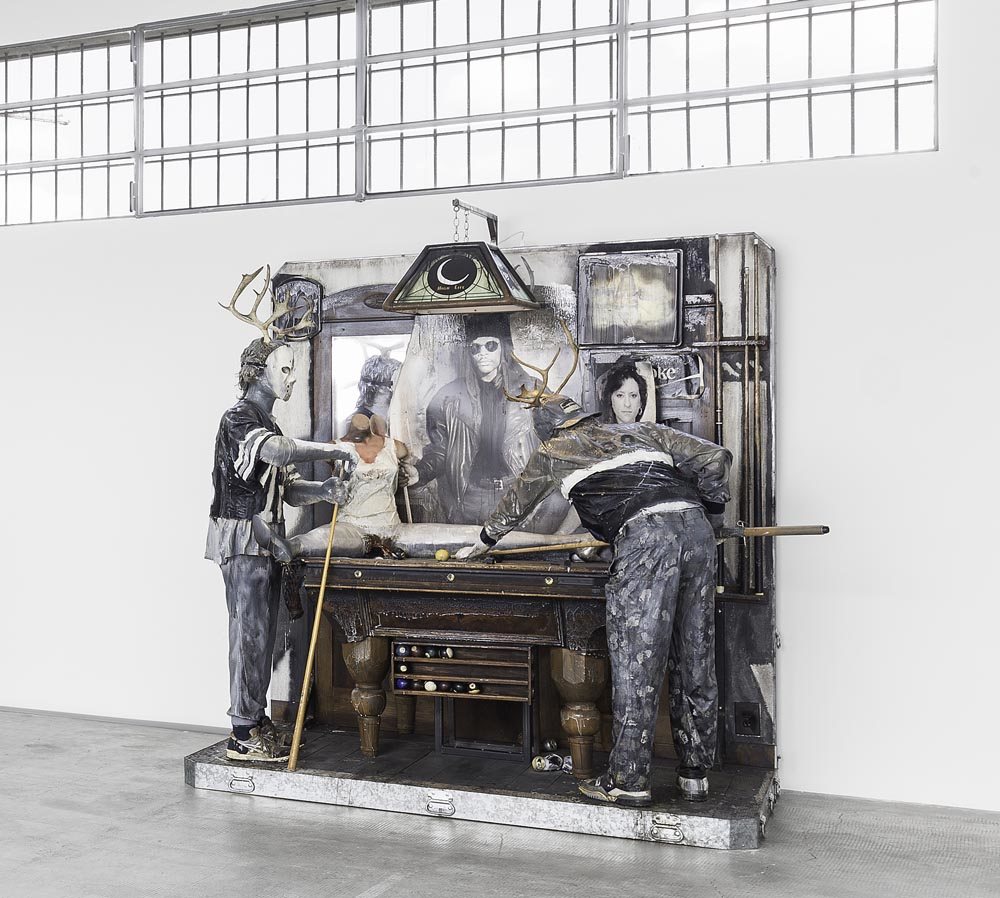 Q: And that has changed?
A: It wasn’t the case, when I went to art school, no one expected to earn their living from their art necessarily, they had to s supplement it one way or another. Different times…therefore, for example, when London was an outpost and no one really followed British art, unless there was an exhibition of other subjects in the UK, the art school system was flourishing. It produced tremendous artists poised to be known, but it didn’t come to them until 1980s and it took off from there. There was a moment when Düsseldorf was the hub, because they had certain teachers there who were extraordinary, and that became a conduit.

Q: What next?
A: That followed Berlin, which it did before that. It hasn’t been in France since virtually the 50s and after the Second World War. So it shifts around. Now for example, Tokyo and Japan is getting very interesting. Previously they focused on international art. They didn’t much celebrate their own art, except from theological points of views. But now, the art school system must be flourishing because they’re producing very interesting art.

Q: So it’s all about the current art studies?
A: I really believe the art school system drives the art. LA is so important for the current art world, because we have at least nine places where people can study art. That is not the case for New York City. Here in our 75 mile radius, people can live and working actually have industrious lives in spaces they can comfortably afford. They may have to drive a little more than they want to, but its affordable and available…but it’s not the case in New York City. So that wasn’t the case when I started and worked in Manhattan.

Q: So LA is the place to be?
A: In America, this is where you study the subject of art as a practitioner. Thats why we have a scene here that is so vital. It’s great that the museums have grown through this same period of time.

If you find yourself in the Los Angeles area, be sure to stop by L.A. Louver, 45 North Venice, 90291. The gallery expects to reopen sometime in June 2020. https://lalouver.com/ 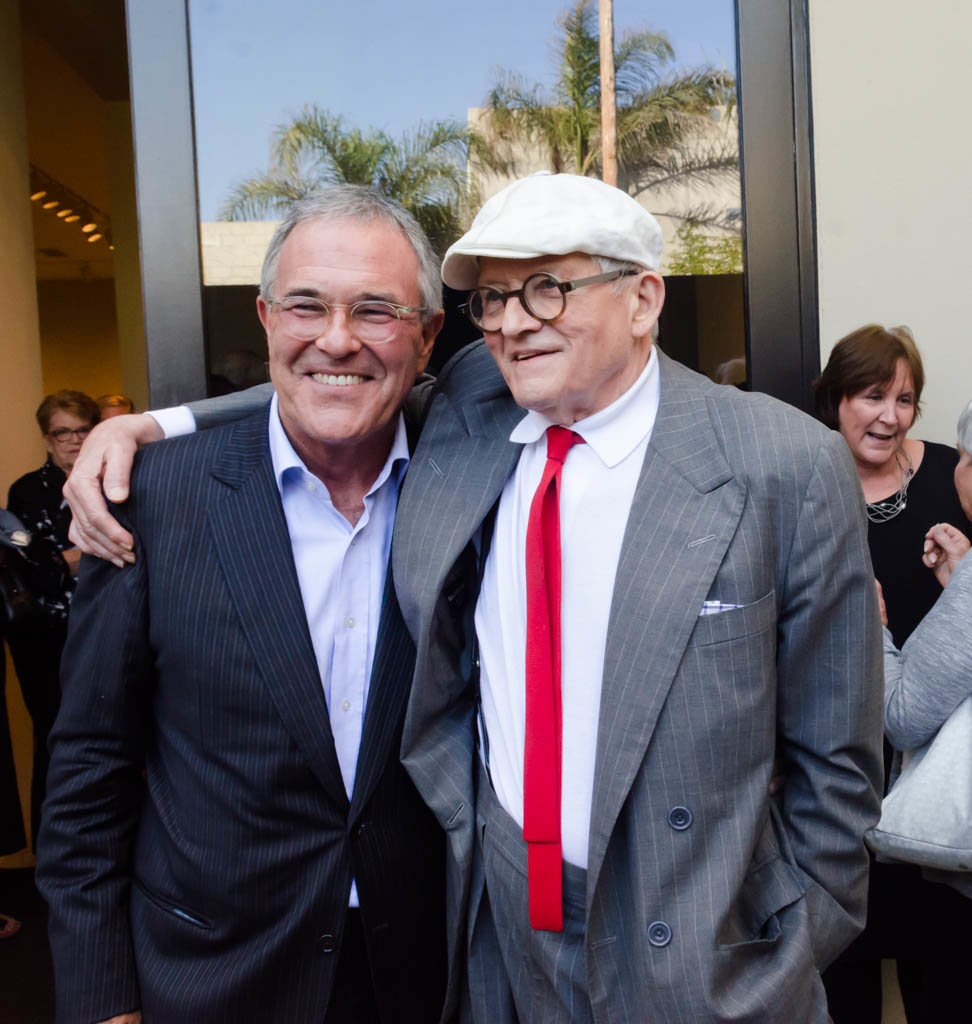 Peter Goulds with David Hockney at his opening in 2015; photo courtesy of L.A Louver