I met Rock (Michael Stenger) when I first arrived in Los Angeles after a nearly twenty year marriage in New York City. Rocky, as I called him, was always so cheerful and kind. I performed at Venice Carnevale since its inception in the early 2000s – he was a constant volunteer at the annual event, and a lover of music. 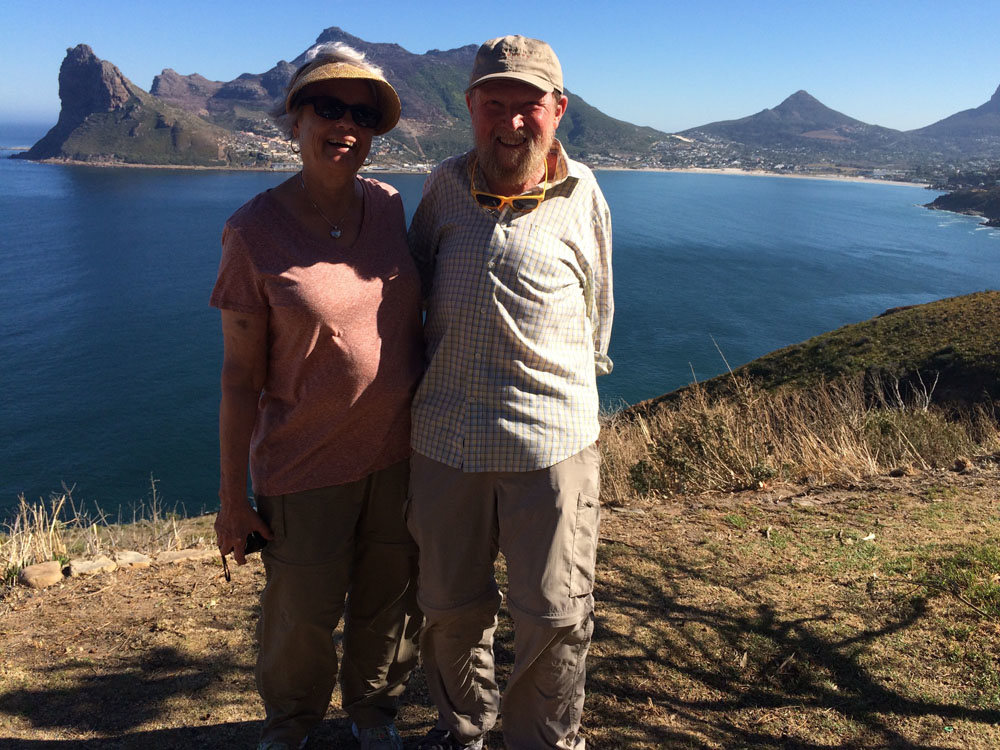 Rock with his travel companion, Liz on the outskirts of CapeTown

He lives with a disease called ankylosing spondylitis. I found out the actual name of this chronic disease years later, since I never wanted to pry. He was so forthcoming about it. He was diagnosed in 1967, and had his hips replaced in 1978, knees in 2011 and 2018. He revealed that his shoulders have been frozen and his spine almost completely fused since 1973. He explained, “I believe having been an athlete – on the basketball team in high school and first two years of college – has really helped me deal with the AS. It gave me the discipline to keep doing exercises and the ability to deal with pain. Also important in keeping me active has been a sense of perspective; during several physical rehab stints I’ve seen people with bigger problems than I have.”

Rock is one of the most positive people that I know. He always has a smile on his face and he shows up at gigs to support not only me, but many other musicians and singers. He is a kind soul, who never feels sorry for himself. I recently found out that he took a bucket list trip to Africa. I knew that he loved to travel, but had no idea the extent of traveling he has done.

He has traveled to Papua New Guinea, Galapagos Islands, Mayan ruins,  Iguassu Falls (on the border of Argentina and Brazil), Iceland and more. 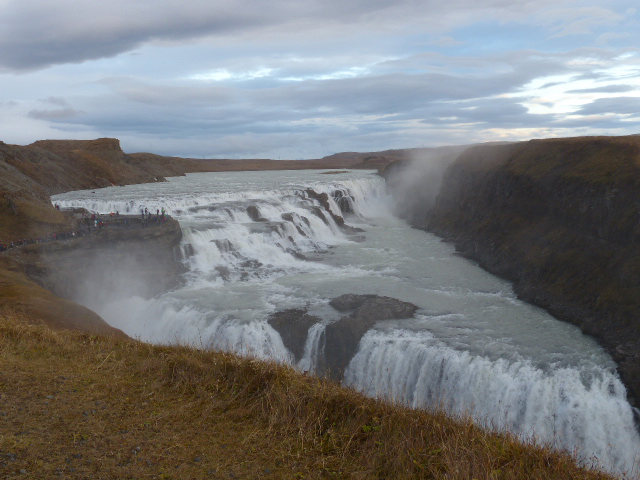 I asked him how he does it, in his condition…”Having a positive attitude has been been vital. I really believe in the mind/body connection,” said Rock. “Another factor in my being able to keep traveling is that before a major trip, I get a shot of cortisone in the shoulder, which gives me a 2-3 week “bump,” that is I’m able to walk more and be in less pain than I am normally, e.g., when going to art party events.”

When I asked Rock what was his top five favorite places in the world are, Africa was the number one pick. “It was at the top of my bucket list for a long time,” said Stenger. South Africa, Zimbabwe, and Botswana, were all part of his bucket list trip. He spent the first six days in and around Capetown. “Capetown is one of the prettiest settings for a city that I’ve ever seen.” Included in his journey were Robben Island, where Mandela was imprisoned, Cape of Good Hope,  Table Mountain, penguin colony, and Kirstenbosch Garden. Rock added, “Kirstenbosch Garden isgenerally considered one of top botanical gardens in the world.” He and his travel companion went on a tour up the East Cape, which included a stop at Tenikwa Cat Sanctuary, where he was able to pet a cheetah in a large enclosure and then a serval. “The experience brought tears to my eyes.” 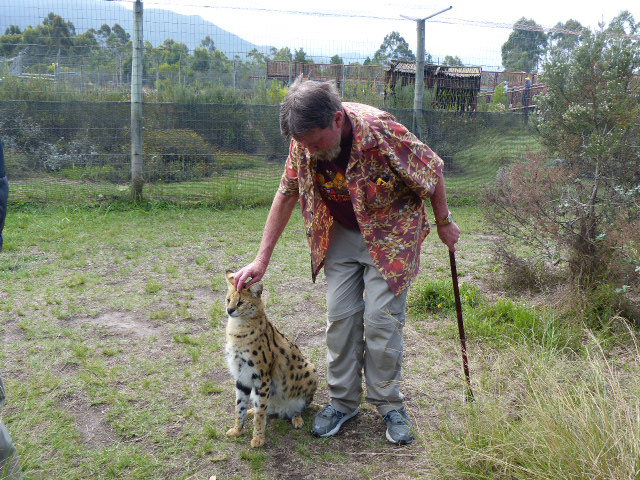 The latter part of his three-week excursion was spent in the north, where he was able to view exotic animals such as giraffes, zebras, hippos, impalas, cheetahs, hyenas, elephants, lions, water buffaloes, and rhinos. He visited three safari lodges, Kapama Buffalo Camp, Kapama River Lodge, and Nkhora Game Lodge. Rock explained that his last one was selected because it is known to have leopards, the last of the big five (lions, leopards, elephants, buffalo, and rhinoceroses). “Leopards are the most solitary, and thus the hardest to see. And voila, we saw 4 or 5 leopards, including one in a tree.”

A day trip led him to Zimbabwe to see Victoria Falls. “It is very impressive, added Rock. His travel companion Liz is an avid bird watcher, so Chobe lodge in Botswana was chosen as a stop for a few days. “We did river safaris where we saw many spectacular birds, as well as lots of hippos and elephants, wart hogs, baboons, and even a monitor lizard…had a wonderful time here.”

All in all Rock said the lodges where they stayed were all superb…offering one safari drive first thing in the morning, and a second in late afternoon. “Each was about 3 hours long, and a huge breakfast and dinner awaited us upon return. They are very well organized and take good care of the guests.”

Now he can cross that off his bucket list! I think we can all learn a little from Rock – keep your head held high, look towards the future, and nothing can hold you back…Rock went to Cairo in January 2020 – I can’t wait to find out about that.