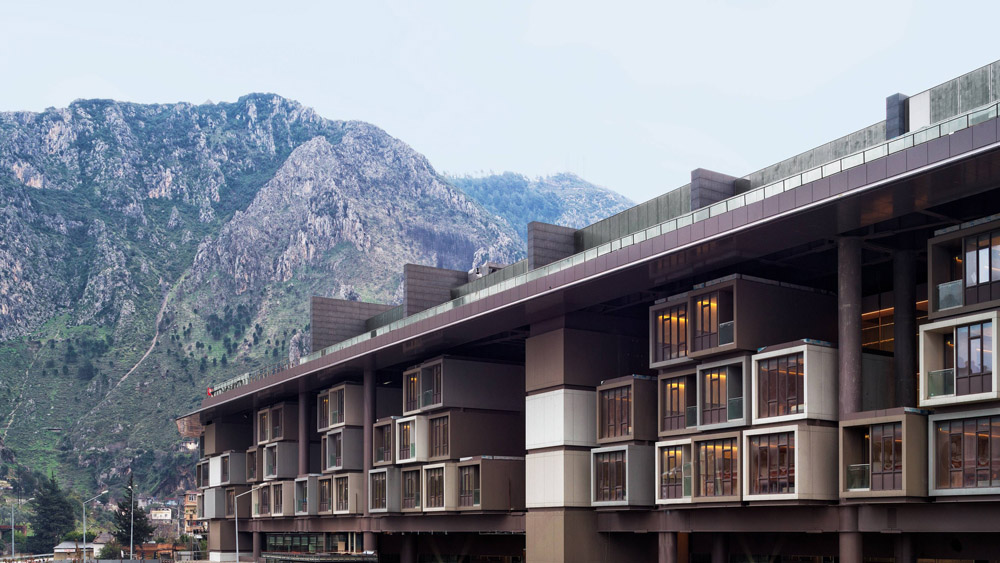 If you are a lover of history, and architecture, the Museum Hotel Antakya (Hatay Province) in Turkey has it all. There is nothing like this spectacular hotel which opened in January 2020. It is built upon, or actually “floating above” an archeological site of the Roman city of Antioch. The ancient city discovered when construction began in 2009. The owners, the Asfuroğlu family were up for the challenge. They took on a massive undertaking lasting over TEN years, pledging to keep the sanctity and archaeological preservation of this 5th Century formative civilization.

The project became the largest excavation since the 1930s, and has revealed an unprecedented archeological find celebrating ancient Antioch. The family procured the Turkish firm Emre Arolat Architects (EAA) to build a 200-room luxury hotel. The strategically designed steel construction was created to honor and protect this eminent past civilization and is now a national archaeology park, Necmi Asfuroğlu Archaeological Museum located under the hotel. 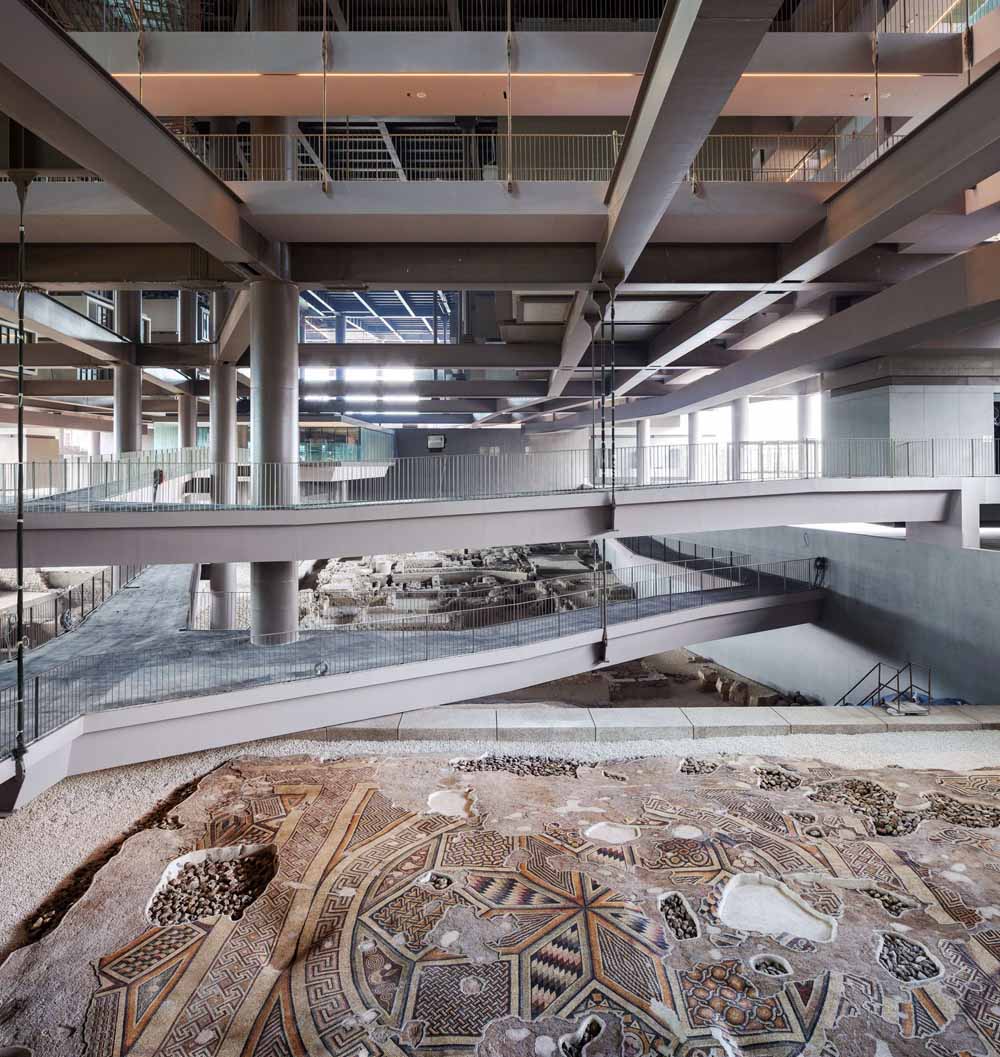 A 70-cm marble sculpture (Eros) dating back to around 200 AD was recovered intact, is now the centerpiece of this distinctive hotel/museum. In addition to its 30,000 artifacts, it also features authentic Roman baths, along with the largest mosaic floor. Touch screens and 3D projections further memorialize a seminal culture.

The Museum Hotel Antakya is situated in the town of Antakya, which offers old world charm. It is close (1 mile) to Vali Gobegi Parki, and is 26 miles from Kizlar Castle, a popular attraction in Ayvacık (Çanakkale Province). 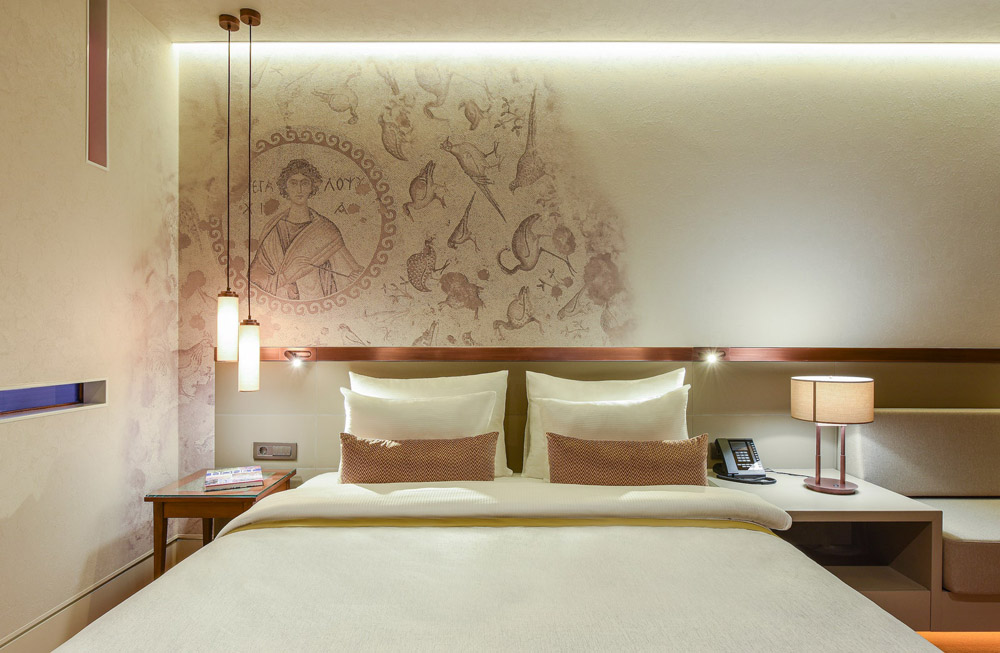 This luxury hotel offers a continental breakfast with your stay in one of the 200 rooms (some with balconies). Each room comes with a sitting area, air conditioning, TV, etc. Also on site: a spa, fitness center, business center, with Free wifi, etc. Visit the website for in-depth info about the one-of-a-kind hotel and museum – http://www.themuseumhotelantakya.com/