New York City’s legendary Plaza Hotel has been featured in countless movies. It opened its doors in 1907 and is an iconic place to stay…many rooms offer views of Central Park. Even if you stay just 1-2 days during your trip to the city, it is worth it. I grew up in NYC and dined at several of its upscale restaurants. The Plaza is located at Fifth Avenue and Central Park South (where Central Park begins). From its original 19th century construction to its $450-million-dollar restoration in 2008, this luxury hotel continues to draw visitors from all over the world. 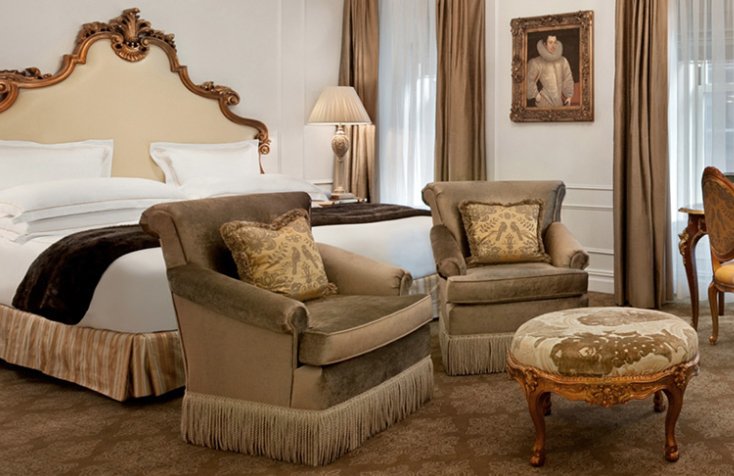 I have enjoyed a weekend stay at the Plaza and (as a New Yorker) pretended to be a tourist. It really is in a great location. Central Park is just across the street and is worth exploring. I have enjoyed afternoon tea (one of my favorite things to do) at the Palm Court for years (dating back to the 90s). It was recently re-designed by well-known architect Thierry Despont…now the Palm Court includes a bar, so it’s also a great place to meet up with friends for a cocktail. Despont retained the integrity of the old world charm by using the original designs and adding potted palms and custom furnishings.