There is no better way to see the Na Pali Coast than by boat. Holo Holo Charters offers many packages including a seven-hour boat tour (Niihau + Na Pali Super Tour) with Holo Holo Charters. The tour includes a stop on the coast of “Forbidden Island” of Niihau.

A Snorkel spot is then chosen on Niihau by the crew who will also assist and instruct attendees with snorkeling. Be aware, you will not visit the island, as Niihau (18 miles northwest of Kauai), dubbed “Forbidden Island” is privately owned. However, the coastline view is breathtaking and offers a great photo opt.

After snorkeling, enjoy a tasty deli-style buffet lunch, along with pasta and fresh fruits. Soft drinks are served throughout the tour, with beer and wine offered after snorkeling.My husband and I took this tour and it was fantastic. 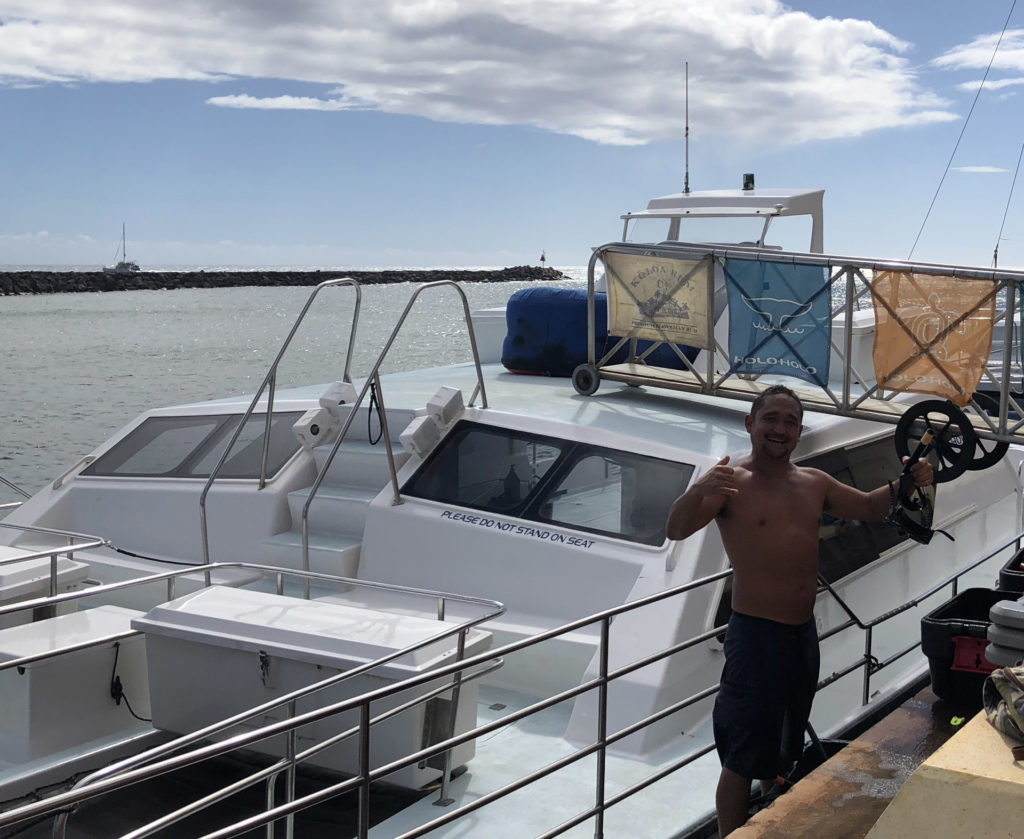 One of the crew, Ahren Kaneshiro knew just how to nudge each couple in the boat to take a photo in front of a waterfall, as he coaxed us to kiss, making for some memorable photos. Kaneshiro was born in Kauai, and has been with Holo Holo for four years (as of 2018). Safety is a priority for this tour company, and the captain of the boat analyzes the best and safest place to snorkel.

ETG recommends for Holo Holo Tours. See my full article on the Stories Page – under the Romantic drop-down.  https://www.holoholokauaiboattours.com/