Atlanta is home to an eclectic group of bars…

The Porter Beer Bar is a world class beer bar in Little Five Points, a funky neighborhood in Atlanta. Molly Gunn and Nick Rutherford opened the Porter Beer Bar in 2008 after working for years in fine-dining. Nick brought his experience of working in Relais-Chateau restaurant kitchens and Molly her southern style hospitality. Together they are the husband and wife team behind The Porter Beer Bar. 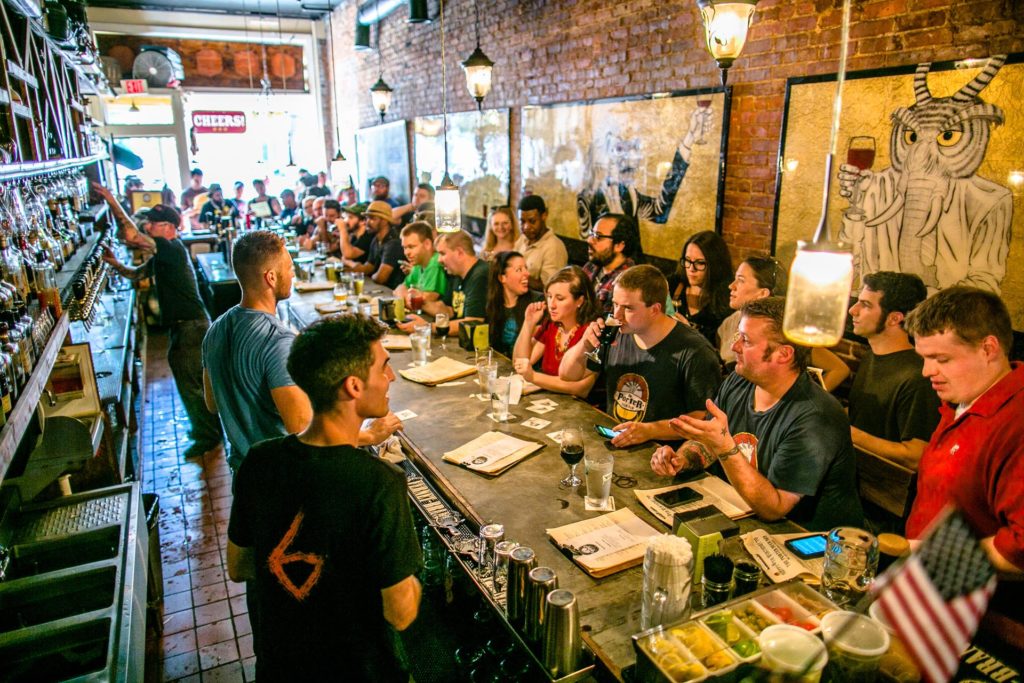 Offering independent craft beers with fifty on draft and over a thousand different bottles, tasty bar grub (Belgian Fries and a house-made pretzel with beer cheese) is also sold to enjoy with the beer. The Porter also has an outstanding selection of whiskey and a full bar for anyone looking beyond the beer list. It has consistently won Best Bar Food by Creative Loafing for the last ten years and in 2014 and it was a semi-finalist for James Beard’s Best Bar Program. The Porter Beer Bar, 1156 Euclid Avenue, Atlanta, GA 30307;

Manuel’s Tavern has made a name for itself since its various politician visits. It has been featured as a place to talk politics. President Carter, whose Carter Center is around the block, has been a frequent visitor and President Obama visited in 2016. Manuel’s Tavern, 602 North Highland Avenue Northeast, Atlanta, GA 30307;

Pour Taproom started in 2015 with an ambitious idea unlike any other in the industry: creating the experience of a beer and wine festival every day of the week. 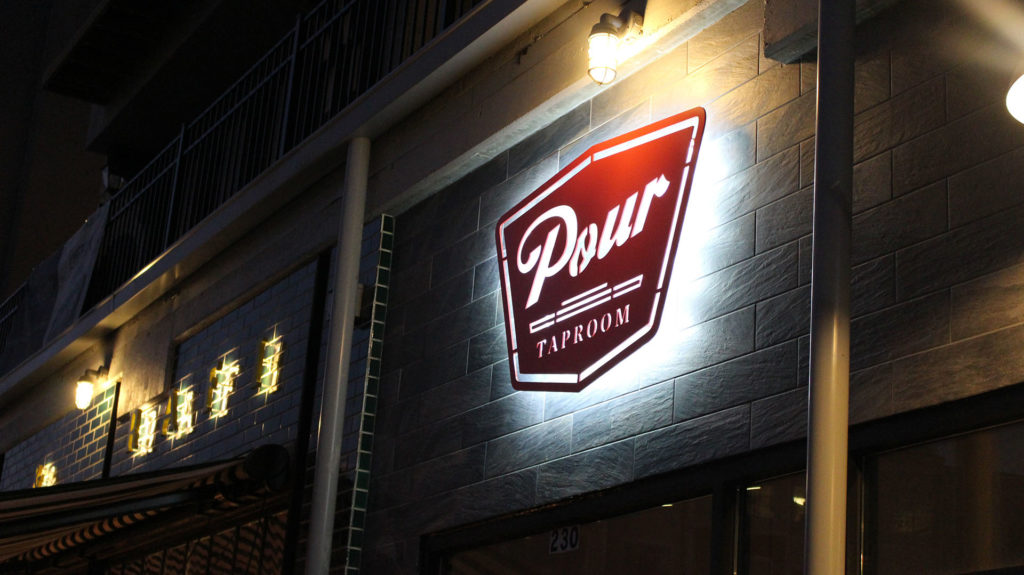 Pour in Atlanta provides 85 taps of beer, wine and cocktails that continuously changes week to week. Guests have the freedom to pay by the ounce rather than by the glass, so they will be able to taste a variety of options before committing to a full glass. The best part? There’s no need to wait for bartenders or servers because it’s all self-service! Get exactly what you want, when you want it.

What goes best with beer? Pizza of course! Since one cannot fully enjoy drinking on an empty stomach, Pour Taproom has found a delicious solution. Partnering with its next door neighbor Nina & Rafi, a pizzeria, homemade pizza can be delivered straight to their table. Pour Taproom, 661 Auburn Avenue NE, Suite 230 Atlanta, GA 30312;