One does not think of rock climbing as being romantic, however for Mike and Lori Satzberg, this shared experience has added a new spark to their thirty-five year marriage. “The importance of a climbing partner cannot be underestimated, said Michael. “You literally are holding one another’s lives in your hands every time you climb.”

The bond between Mike and Lori has always been strong. They met over forty years ago, when Lori’s family moved into the neighborhood. They attended the same high school, struck up a friendship, then two years later began dating. They were married six years later. 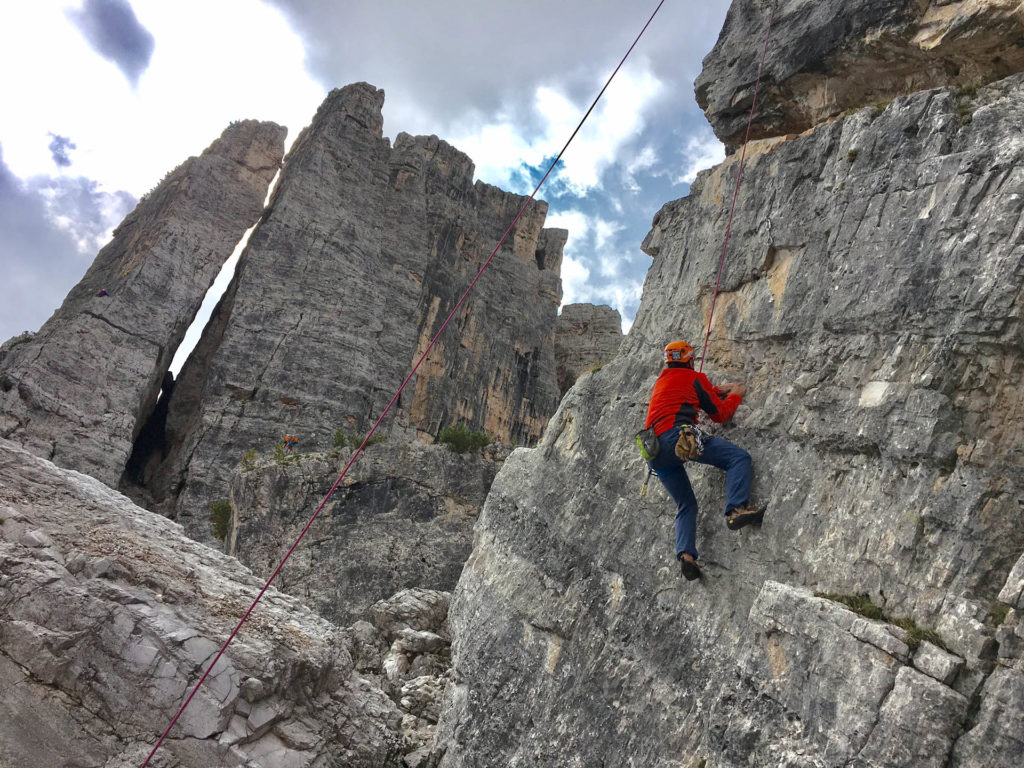 Throughout their lives the couple participated in various athletic activities…such as golfing, tennis, hiking, etc. Later in life, they found themselves drawn to rock climbing. Michael explained, “We had been doing lots of outdoor hiking and visiting national parks and beautiful mountain wildernesses and we began running into more and more climbers. From the very first time we saw someone climbing in that kind of a setting we were infatuated.” Lori added,

“Michael initially read lots of technical books and learned rope work and climbing knots and techniques for several months until he was confident in those safety aspects, and then we began climbing together in 2015.” The Holcomb Valley Pinnacles (just north of Big Bear Lake), would be their first climb.

Both agreed they were apprehensive prior to the climb, but found it to be an exhilarating experience. They continued to push themselves and have climbed the Italian Dolomites, Arete des Cosmiques, an alpine climb in Chamonix France (their favorite), and more.

Climbers create a tick list (instead of a bucket list)…setting goals to accomplish specific climbs, then ticking them off the list.

The couple is already planning more trips. Michael continued, “The top three that we hope to tick in the foreseeable future are #1 Royal Arches, an all day, 1500 ft classic in Yosemite valley #2 Physical Graffiti, a three pitch traditional climb in red rocks Nevada, and #3 Mental Physics, a two pitch climb on the lenticular dome Joshua tree. 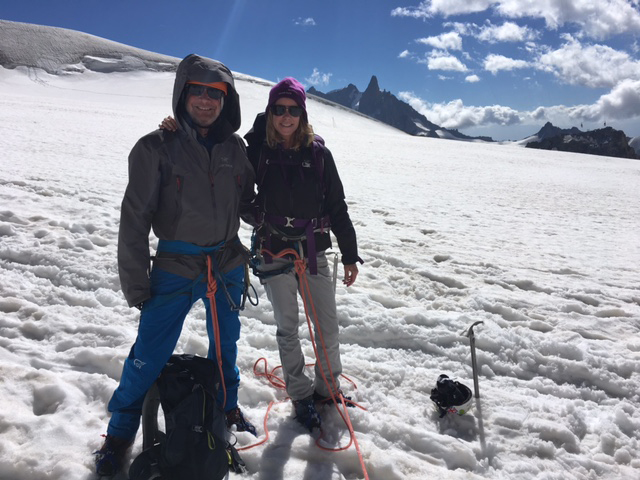 The pair continues to participate in other sports, but climbing is their primary focus right now. “It’s the combination of the physical aspects with the mental aspects while doing it in some of the most amazing places that really sets it apart for us,” said Michael.

Both agreed that it has brought them closer as a couple and has widened their circle of friends. Now they have forged new friendships with other climbers. “It’s also about freedom and accomplishment and giving yourself an occasional bad ass feeling,” laughed Michael.

Thanks to Michael and Lori Satzberg for sharing their story. It’s never too late to try something new…make this your year. Tell us about your travel experiences. Email EatTravelGo@gmail.com